After two nights in police custody, Somaiya Fatima, a 19-year-old Indian woman, was released just in time to see, in live footage, her childhood home pulverized by a bulldozer. 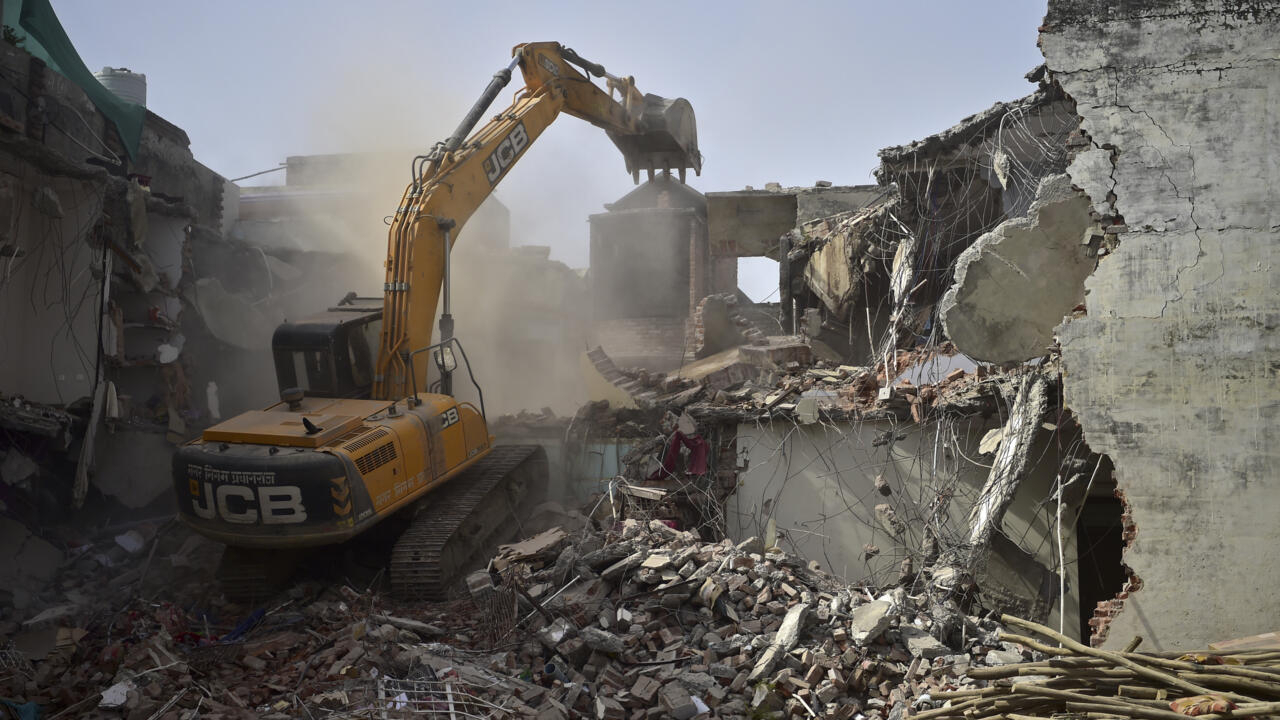 Many homes and businesses have suffered the same fate this year in India, as part of a campaign by the authorities to fight against unauthorized construction and other criminal activities.

But human rights organizations condemn this "bulldozer justice", which they consider as an illegal collective punishment inflicted by the government.

They note that the victims of this campaign all have something in common.

"We are Muslims, that's why we are targeted," Somaiya Fatima told AFP.

The young woman and her entire family were arrested after her father was accused of organizing a large demonstration last month in Allahabad, in the north of the country.

Several other rallies had been held that Friday across the country to protest against provocative comments by the spokeswoman of the Bharatiya Janata (BJP), the ruling Hindu nationalist party, about the Prophet Muhammad, which had raised the outrage across the Muslim world.

Released on Sunday, Fatima was resting in a family member's living room when, on her phone, she saw her house being demolished live on a YouTube channel.

According to her, this is a signal to Muslims tempted to criticize the Indian government.

"They instilled fear in the whole community," she says.

"Now everyone looks at their house and thinks that if it happened to us, it could happen to them too."

Somaiya Fatima, a 19-year-old Indian woman, arrested with her entire family after her father was accused of staging a large protest last month in Allahabad, in the north of the country, shows on her phone the video of the destruction of her house childhood house.

Uttar Pradesh, the state where Fatima is from, is ruled by Yogi Adityanath.

This saffron-robed Hindu monk, considered a potential successor to Indian nationalist Prime Minister Narendra Modi, has made the bulldozer an emblem of his fight against what he calls "troublemakers".

Earlier this year, his supporters celebrated his re-election as leader of Uttar Pradesh by marching on diggers.

Some even got tattoos of bulldozers.

Since then, the "bulldozer policy" has gained followers elsewhere in the country.

Demolition campaigns are increasing at the same speed as religious unrest.

In April, after violent clashes between Hindus taking part in a procession and Muslims praying during Ramadan, Delhi authorities demolished about 20 Muslim businesses and the facade of a mosque, violating a court injunction ordering them to stop.

The authorities maintain that these destructions are regular, because they only target buildings built without permits.

This is denied by the victims, who also say they are deprived of the legal possibility of challenging the demolition orders.

Fatima's house was razed "in the presence of hundreds of police and hundreds of cameras, without the slightest empathy", assures AFP KK Rai, one of her father's lawyers.

"This ruthlessness is unprecedented," he continues.

For critics of the government, this campaign is the latest illustration of the discriminatory policies carried out by the BJP against the 200 million Indian Muslims.

"They are ideologically committed to making second-class citizens of Muslims in India, to humiliating them socially and destroying their property," denounces Me Rai.

According to Amnesty International, these demolitions are part of a campaign of selective and "vicious" repression against Indian Muslims who dare to speak out against the discrimination they face.

In Uttar Pradesh, many Muslims whose relatives took part in protests last month fear their homes are on the list for the next demolitions.

"Now we are living sleepless nights and restless days," said Saharanpur resident Mohd Javed, who was ordered to evacuate his home after his brother was arrested for protesting there.

A week after Fatima's arrest, a bulldozer remained parked next to the neighborhood police station, where her house once stood.

Seeing the rubble reinforces his sense of belonging to a community of outcasts.

She also remembers the torrent of approving comments on YouTube during the broadcast of the demolition.

"I was born there, I spent my whole life there," she says.

"But it was obvious that people were happy to see someone else's house being razed."