War in Ukraine: the Russians advance in the Donbass and massively bombard Sloviansk

Russian forces continued to advance on Tuesday in the Donbass, an industrial basin in eastern Ukraine that they want to finish conquering, with the city of Sloviansk in their sights, the target of a violent… 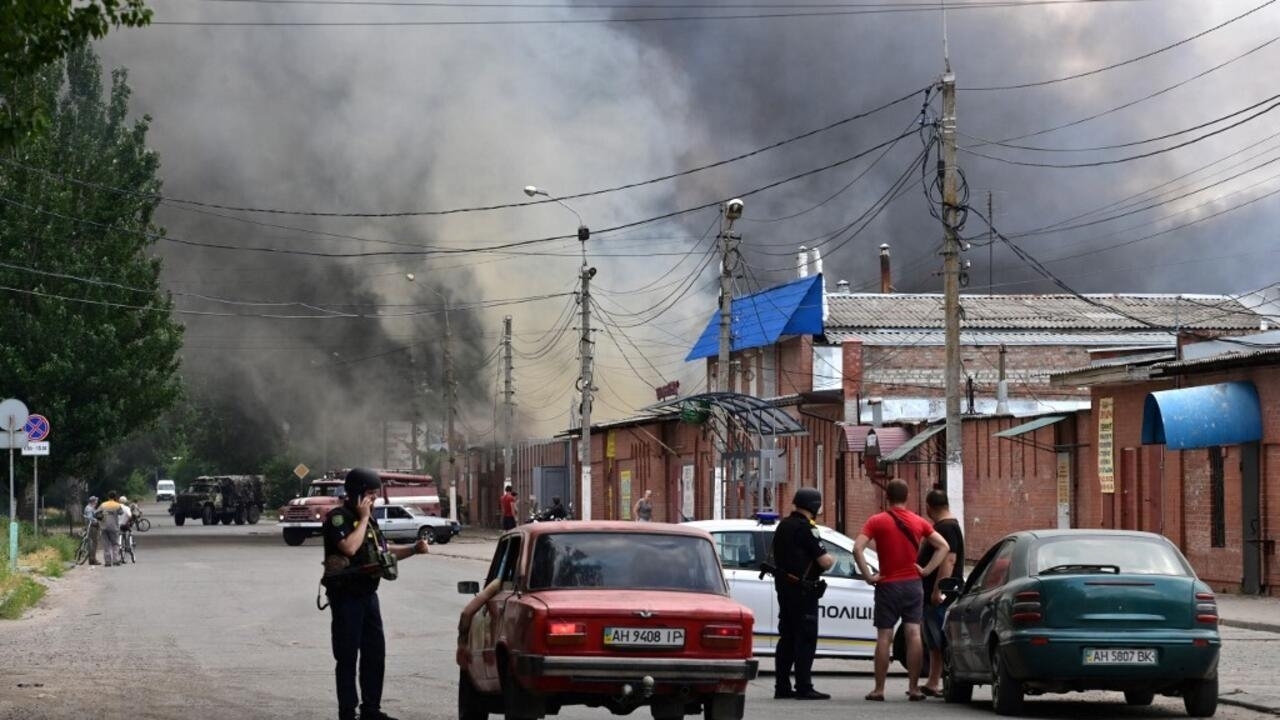 War in Ukraine: the Russians advance in the Donbass and massively bombard Sloviansk

Smoke rises from the central market of Sloviansk which was the target of Russian missiles on Tuesday July 5, 2022. AFP - MIGUEL MEDINA

Russian forces continued on Tuesday to advance in the Donbass, an industrial basin in eastern Ukraine that they want to finish conquering, with the city of Sloviansk in their sights, the target of a violent bombardment which made at least two dead.

Pavlo Kyrylenko, governor of the Donetsk region where Sloviansk is located, said on Telegram that two people were killed and seven injured in the strikes, which hit the city's central market.

Journalists from Agence France-Presse saw rockets hitting the market, where they caused a fire, and adjacent streets.

Once again, the Russians are intentionally targeting places where civilians congregate.

This is terrorism pure and simple

After the fall of Lyssytchansk, a strategic city for the conquest of Donbass, on Sunday, the Russian forces are progressing towards the west and Sloviansk, which had 100,000 inhabitants before the war.

On Monday, Russian President Vladimir Putin had ordered his troops to take the rest of Donbass, already partly controlled by pro-Russian separatists since 2014.

Lysychansk was the last important stronghold

held by Kiev in the province of Lugansk, which with that of Donetsk forms the Donbass.

The Russian army said on Tuesday that it had bombed two Ukrainian command posts in Donetsk.

In the south, Moscow claimed to have shot down “

”, claims impossible to verify from an independent source.

A Russian official from the powerful security services (FSB) took over the government of the area occupied in this region by Russian forces on Tuesday, the local administration announced.

► To read also Capture of Lyssytchansk by the Russians: "One more step towards the total conquest of Donbass"

Russia also said on Tuesday that it was investigating torture allegedly suffered by Russian soldiers captured by Ukrainian forces and released during a prisoner exchange with Ukraine.

Ukraine and Russia, which have carried out several prisoner exchanges, accuse each other of ill-treatment and torture of prisoners.