The Belgian Wout van Aert (Jumbo) pulled off a coup in the fourth stage of the Tour de France, which he won alone on Tuesday in Calais. 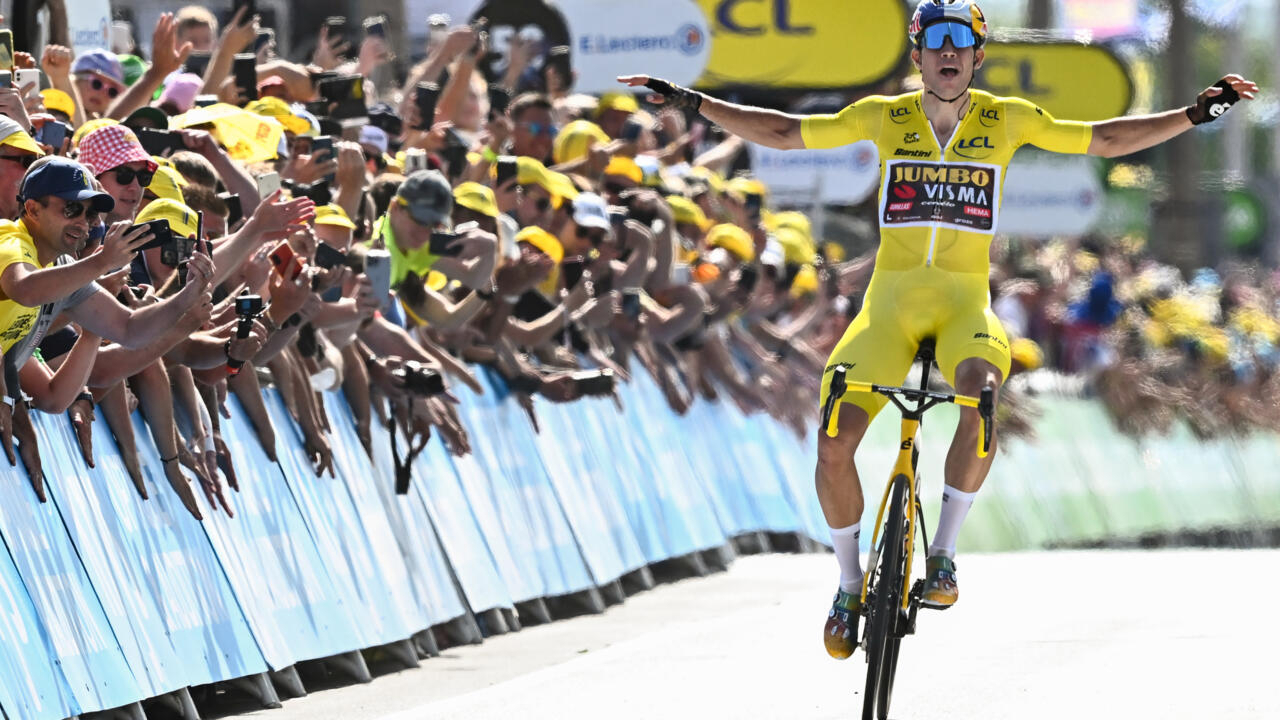 Already wearing the yellow jersey, van Aert attacked eleven kilometers from the finish and consolidated his position at the top of the general classification.

The Belgian was ranked second in the first three stages, in Denmark.

This time, the former cyclo-cross world champion attacked on the last climb of the course, the Cap Blanc-Nez coast, and isolated himself despite resistance from Briton Adam Yates, the last to keep in touch.

On the line, van Aert was eight seconds ahead of the first chasing group settled by Belgian Jasper Philipsen, who raised his arms on the line believing he had won.

The 27-year-old van Aert has won his seventh Tour stage success since his first participation in 2019.

In the general classification, he is now 25 seconds ahead of the Belgian Yves Lampaert and 32 seconds over the outgoing winner, the Slovenian Tadej Pogacar, on the eve of the cobblestone stage leading to Arenberg (North).

In this sunny 171.5 kilometer stage, two riders who left at the front from the start in Dunkirk, the Dane Magnus Cort Nielsen and the Frenchman Anthony Pérez, opened the way for this first day of racing on French territory after the Danish epigraph.

The duo had a lead of up to seven and a half minutes before the halfway point.

Then the sprinters' teammates reduced the gap to less than a minute and a half, on the threshold of the last 50 kilometers, a few moments before Pérez continued the adventure alone.

The Aixois was overwhelmed on the last climb by the vanguard of the peloton, which broke under the effect of the violent acceleration of van Aert's teammates.

It remained for the Belgian to go out on the top of the hill and rush towards the finish.