The new lifeline to which Abengoa clings: an injection of 200 million from two capital funds

Abengoa refuses to die at 81 years old. The Sevillian multinational ensures that it has found a remedy for the ills that afflict it and that have placed it on the verge of bankruptcy, ... 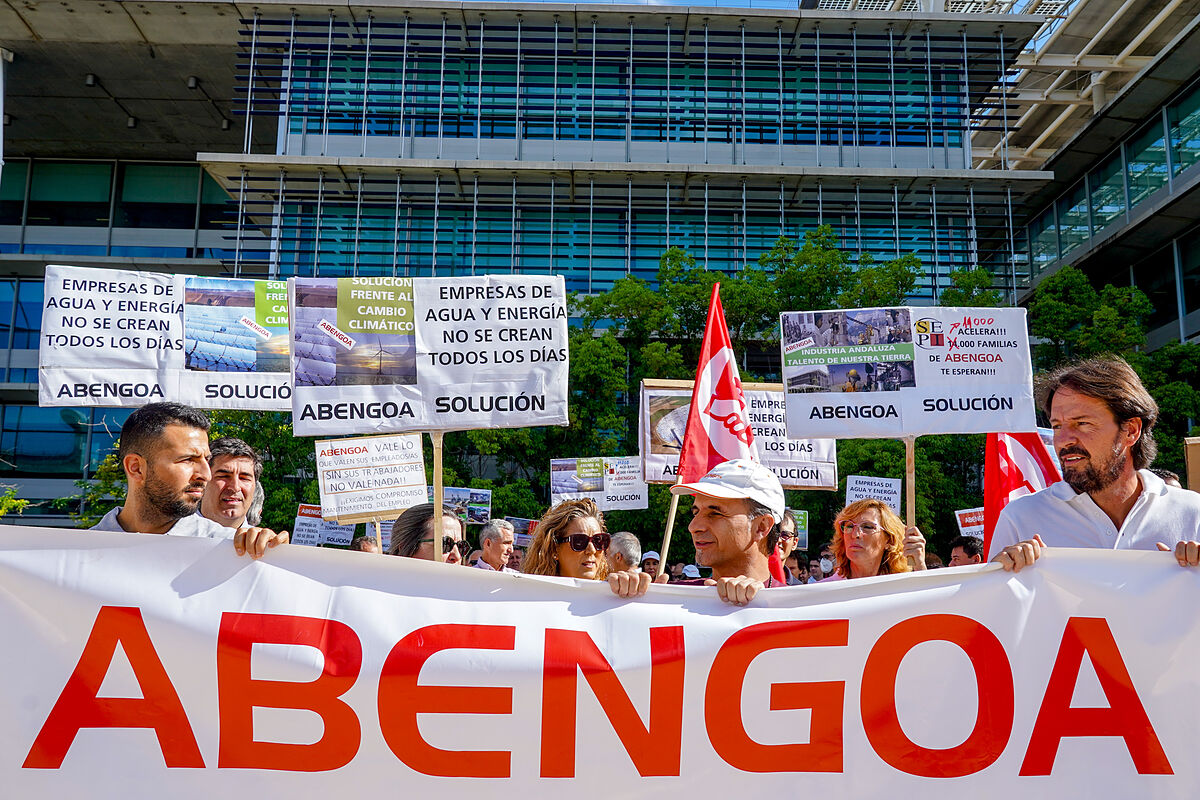 The Sevillian multinational assures that it has found a

to the ills that afflict it and that have placed it on the verge of bankruptcy, especially after the refusal of the State Industrial Participation Company (SEPI) to grant a rescue of 249 million euros. euros.

That refusal put an end to the umpteenth attempt to save the company founded in 1941 by the Benjumea and Abaurre families, which was based on the offer of the Californian fund Terramar to invest 200 million euros.

But always with the condition of

Frustrated with that option, the company says it has new investment partners willing to inject those

euros to revive the business.

They are two capital funds, the British Sinclair Capital Reserve and the Portuguese RCP (Resource Project Management), willing, it seems, to become the new owners of the engineering company.

The offer has been communicated by the company's parent company, Abengoa SA, to the Court of Mercantile Instance of Seville, which ordered its liquidation last week, considering that the deadline for submitting an

But the company, precisely, considers that this period did not end until this Monday, when it has formalized before the judge handling the procedure, Judge Francisco Javier Carretero, the aforementioned proposal with the offer from Sinclair and RCP.

This agreement contemplates, according to the information that Abengoa itself has sent to the National Securities Market Commission (CNMV), a reduction of

of the parent company and the payment of the remaining 3% in the next eight years, with the first year of grace and the option of converting that debt into a participating loan.

Beyond the debt of the parent company, the offer of the

would mean, always according to the company, reviving the business of the subsidiaries, placed under the umbrella of Abenewco after the successive restructurings that the multinational has undergone since that in 2015 its great crisis broke out due to its unbearable level of indebtedness.

Specifically, the intention of

would be the acquisition of those subsidiaries "of interest" for their business, essentially those focused on the energy, water and environment sectors, which it is suggested could merge "later" with the parent company.

Likewise, the roadmap includes the contribution of funds for the payment of the

within the framework of the contest, as well as funds to reactivate the productive units and provide them with liquidity with which they can continue developing their activity, "safeguarding this way the jobs".

The provision of guarantees for these subsidiaries is also planned.

and payment to creditors, with which the two funds express their willingness to negotiate to attend "to the extent possible" their claims.

The initiative for this plan has been taken by the management of Abengoa SA, headed by Clemente Fernández, in parallel and

of the negotiation between the administration and the management of Abenewco.

In fact, Fernández, in an interview on Canal Sur Radio, has conditioned the salvation of the multinational, exclusively, on the injection of

"We already have the solution that public administrations intend to seek with private financing. The other thing would be very complex and would be to go to the long term."

In addition, he has insisted that the company "urgently needs the entry of new money."

In this sense, private financing is a "different, immediate option that does not need anyone's approval, except the judge."

Fernández has defended the offer presented by the management from a capital fund consisting of 200 million in working capital and 300 million in guarantees - "although if it were necessary to increase those amounts, it would be done" - and which covers "all business units ", so it allows "guarantee

The president of Abengoa has recalled that it would be a judge "who decides" on the matter of the offer.

"The creditors have until September 1 to vote, and if they accept the agreement, private financing would be launched. In any case, these funds are needed to save Abengoa," he insisted, while stressing that the Entry of

into a company in liquidation bankruptcy is "complex".

The agreement proposal, and the new lifeline, were presented to the judge on the same day that the central government and the Andalusian Government announced a joint plan to rescue the "hard core" of Abengoa, specifically and as a priority, the 27 subsidiaries in which most of the activity of the group and its staff is concentrated and that last week, after the SEPI slammed the door, requested the pre-bankruptcy of creditors to save time.

Starting this Tuesday, a

must analyze all the scenarios and carefully examine the viability plan that the company presented for the frustrated rescue, suitably retouched, and will specify what financial instruments can be used to refloat the engineering company, doomed, from another form, to its extinction.

Among the priorities of the administrations is addressing the

that the company has, which was put on the table yesterday at this meeting and which are urgent in order to continue operating.

Then the concrete measures for the rescue will come and the minister has already advanced that they will have to have the approval of the European Commission.

The history of Abengoa in the last six years, which became a benchmark in the green industry and renewable energies, is the history of a flight forward to avoid the disaster that is now closer than ever.

The bubble that the multinational had created under the command of the Benjumea family, its founders and original owners,

and successive rescue operations were necessary to move forward as oxygen balloons that always proved insufficient.