The euro hit its lowest level in nearly 20 years against the US dollar on Tuesday, at 1.0298 dollars per euro, carried away by tensions over energy in Europe and the strength of the greenback. 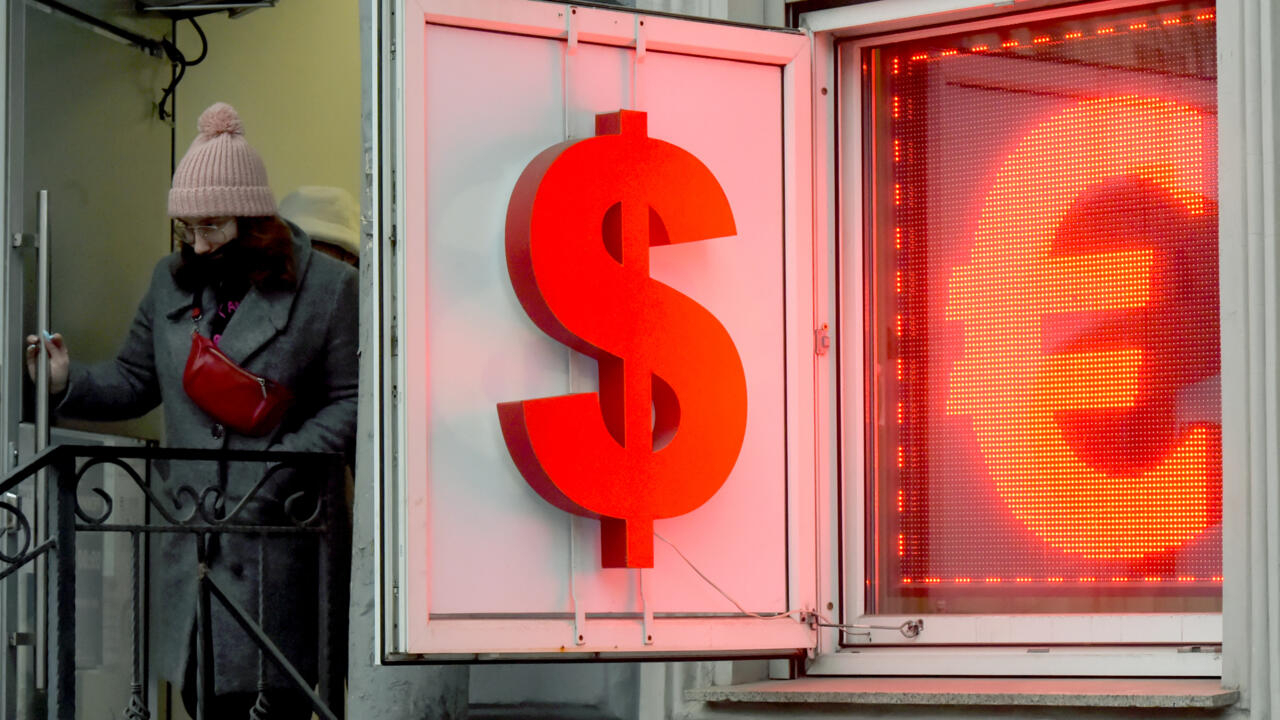 "Growing fears of a recession are pushing the euro down, while the dollar is soaring," said Fiona Cincotta, analyst at City Index.

Currency traders are betting that the Fed will continue to raise interest rates aggressively to keep inflation under control, she said.

“The PMI data published (on Tuesday) in Europe highlighted the risk of a slowdown in growth at the end of the second quarter,” she continues.

In addition, the growth of economic activity in the euro zone slowed sharply in June in the private sector, at its lowest for 16 months, according to an index, calculated on the basis of company surveys and published by the agency S&P. Overall.

In the eurozone, "recession seems inevitable" for Neil Wilson, analyst for Markets.com.

"The euro is in dire straits" and "unless the ECB gets its act together, parity could soon be reached," he said.

The headquarters of the European Central Bank in Frankfurt, Germany, illuminated on December 30, 2021 Daniel ROLAND AFP

The energy crisis is also weighing on the single currency.

"Sharp increases in gas and electricity prices pose a significant risk that the EU economy will enter recession earlier than expected," said Trevor Sikorski, an analyst at Energy Aspects, in a report.

There is a risk of both "energy shortages" and that households, with purchasing power reduced by energy tariffs, reduce their demand, says Guillaume Dejean, analyst at Western Union.

Since the start of the year, the price of Dutch TTF, the benchmark for natural gas in Europe, has climbed nearly 150%, reaching 176.01 euros per megawatt hour on Tuesday.

Before the Russian invasion of Ukraine on February 24, it was trading well below 100 euros per megawatt hour.