One year after the rain chaos - still no library in Älghult

It has now been a year since Älghult in Uppvidinge municipality was hit by a heavy downpour. The library was flooded and a couple of thousand books were destroyed. But after a year, Älghult is still without a library. - It is the accessibility that is disturbed, says Kasia Musial Lilja who is the culture and leisure director at the municipality. 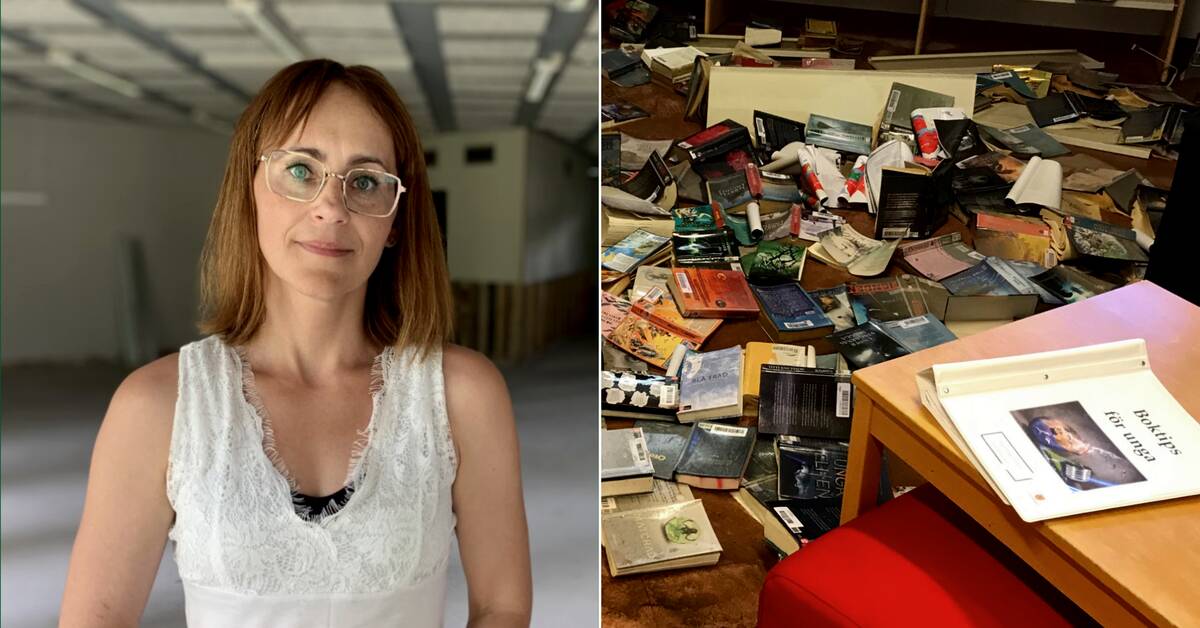 It has now been a year since almost 165 millimeters of rain, in a short time, fell over Älghult in Uppvidinge municipality.

The downpour caused damage to several municipal properties, of which the library was worst affected.

When it was at its worst, the water level inside the library measured just over 58 centimeters and a couple of thousand books were destroyed.

Kasia Musial Lilja is new to her position as head of culture and leisure at the municipality and has had the incident recounted to her.

- What I have been told, they had to stand with buckets and everything they had to try to get rid of all the water and try to save what went.

It happened in the middle of the holidays and there were many who were not in place, so we were shocked.

Children can read books in Alstermo

A year later, Älghult is still without a library.

Today, both students and the general public are referred to Alstermo.

Do you see any problems with this?

- It is the availability that is disturbed.

The biggest problem in my opinion is that children and young people have not had or will not have access to any leisure reading on site in Älghult for a year.

We can see that we have lost them.

A new library is expected soon

A new school library is underway, a room has been found for it, which is planned to be renovated in the autumn.

But a library for the public is delayed.

As recently as June 2022, the municipality's culture and leisure department was commissioned by the culture and associations committee to conduct an investigation into Älghult's future library.

This inquiry will be presented to politicians during the autumn.