The Spaniard Alexia Putellas, Ballon d'or 2021, one of the expected stars of the competition, will miss the Women's Football Euro, which begins on Wednesday in England, after rupturing her ligaments... 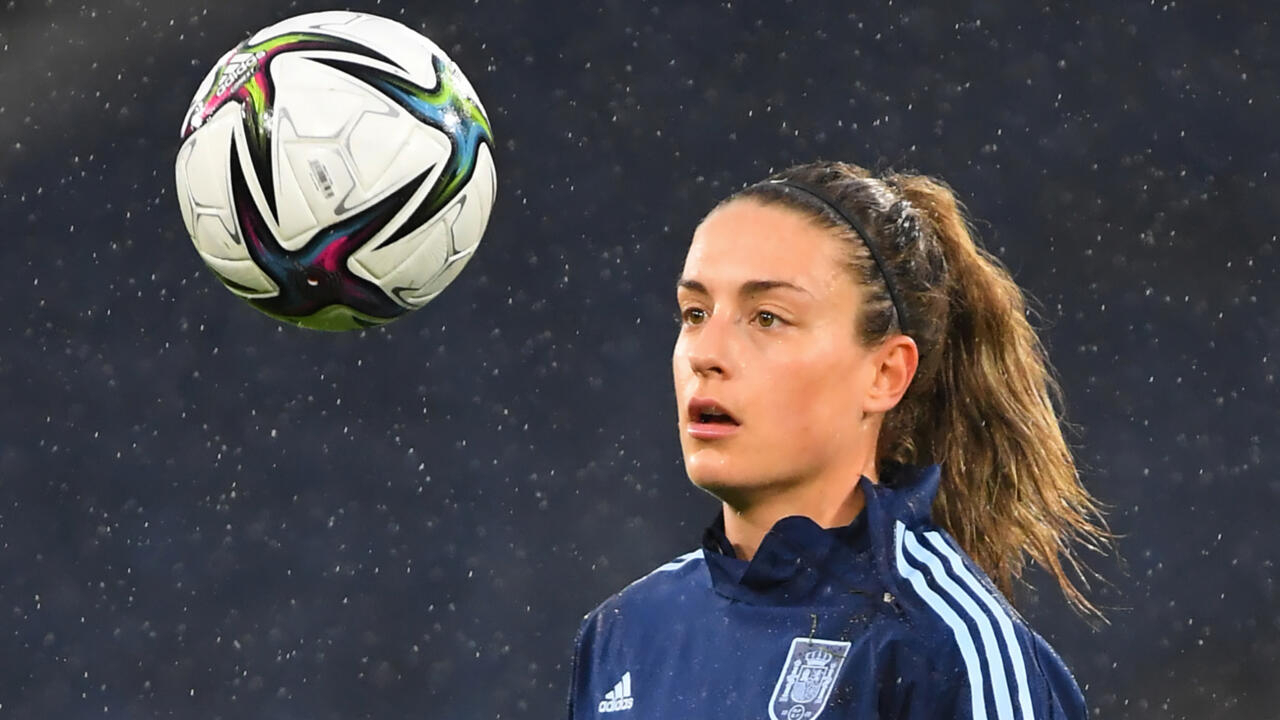 "Tests carried out on the Spanish international on the afternoon of Tuesday, July 5, 2022, at King Edward VII Hospital in London, confirmed that the captain of the Spain women's national team was suffering from a rupture of the anterior cruciate ligament of his left knee", announced the Spanish selection in a press release.

Hottest player of the past two seasons, captain and playmaker of Barça, Ballon d'Or 2021, winner of the 2021 Champions League and runner-up in the 2022 edition of which she finished top scorer, Putellas, 28, dreamed of taking Spain, of which it was to be the spearhead, to the roof of Europe.

The task now looks more difficult for La Roja, already deprived of its top scorer, Barça striker Jenni Hermoso, injured and forfeited for the competition, too.

Especially since the young selection of Spain, led by Jorge Vilda, has rarely shone in international competitions, with only three appearances in the final table of the Euro in twelve editions.

In the wake of Putellas, the Spaniards had not lost a single match since March 2020.

A hard blow for Spain, Putellas' withdrawal is also a blow for the competition of which she was to be a beacon.

If the playmaker with the "silky left foot" has worn FC Barcelona and the Spanish selection for ten years, "Alexia", as it is written on the back of her jersey, has truly collected individual awards for two seasons.

Alexia Putellas (d) here on April 12, 2022 during a match in Glasgow against Scotland, ruptured the cruciate ligaments of the left knee and is forfeited for the Women's Euro ANDY BUCHANAN AFP

In addition to her Ballon d'Or obtained in 2021 and her selection record just broken, Alexia Putellas had been named by UEFA best player of the year, and best midfielder in the Champions League 2020-2021.

Last April, she had exceeded the milestone of 150 goals scored in the colors of FC Barcelona, ​​which she led to a historic treble Cup-Championship-Champions League in 2021.

"You will come back stronger than ever"

A dream season punctuated by the Grail of the Ballon d'Or which Putellas recalled in an interview with Vogue in November, that she was the first Spaniard, men and women alike, to have obtained it since Luis Suarez in 1960 "There have been others who have been close to it, like Xavi or Iniesta. But it will mark a breaking point in the history of our football," she thought then.

Another, more tragic breakup finally deprives her of what could have been the firmament of her career.

"Stay strong, you will come back stronger than ever," FC Barcelona tweeted.

According to the Spanish press, the playmaker should be replaced for the competition by Amaiur Sarriegi, from Real Sociedad.

In Group B with Germany, Denmark and Finland, Spain will start their Euro Friday at 6:00 p.m. at the MK Stadium in Denbigh against the Finns.