Despite being buried in permafrost for over 30,000 years, the mammoth calf found in northwestern Canada still had hair, skin and grazing when it was discovered. 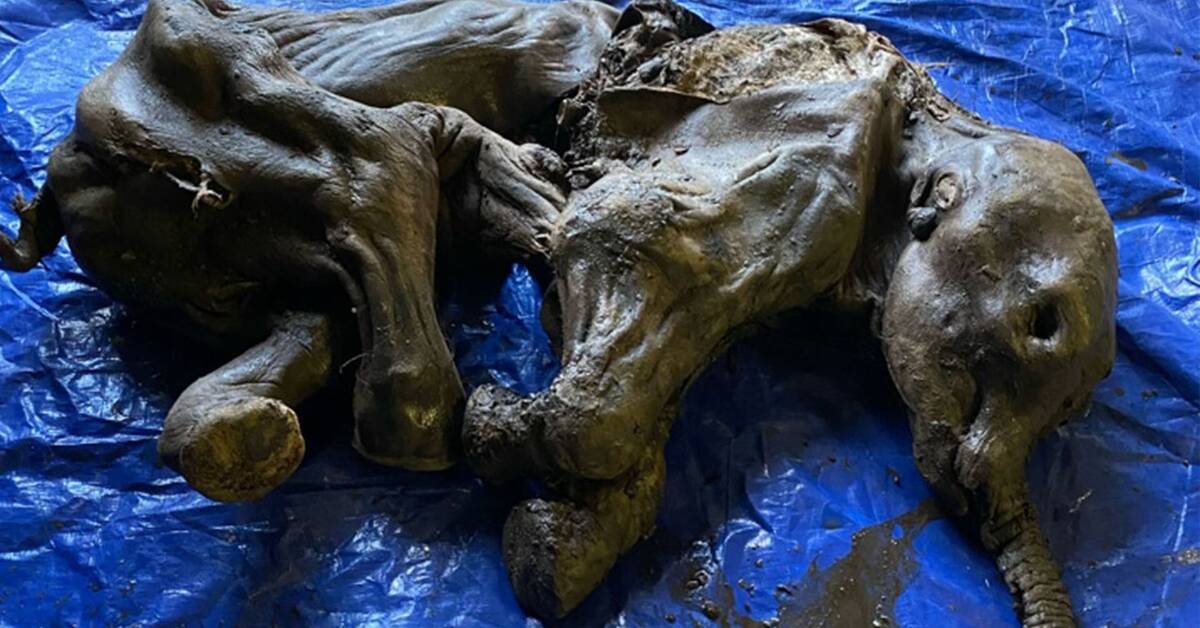 The unique find was made by miners while working in the Klondike goldfield in the Yukon Territory on June 21.

The calf that was dug out of the permafrost is believed to be a female and researchers who examined the remains estimate that it died and was frozen during the ice age over 30,000 years ago, the Yukon authorities write in a press release.

The woolly mammoth calf has been given the name "Nun cho ga", which means "big baby animal" in the local indigenous language Hän.

The Yukon Terrierotia is known for many ice age fossil finds, but mummified remains with both fur and skin are more rare.

Nun cho ga is the best preserved mammoth ever found in North America.

For researcher Grant Zazula, the discovery meant that a lifelong dream came true:

"Nun cho ga is beautiful and one of the most incredible mummified ice age animals ever discovered in the world," Grant Zazula, a Yukon ice age paleontologist, told NPR.