The United States intends to allocate $175,000 to an English language program in Ukraine that, among other things, will help "strengthen ties" between Kyiv and Washington. This is stated in the description of the grant, which RT got acquainted with. 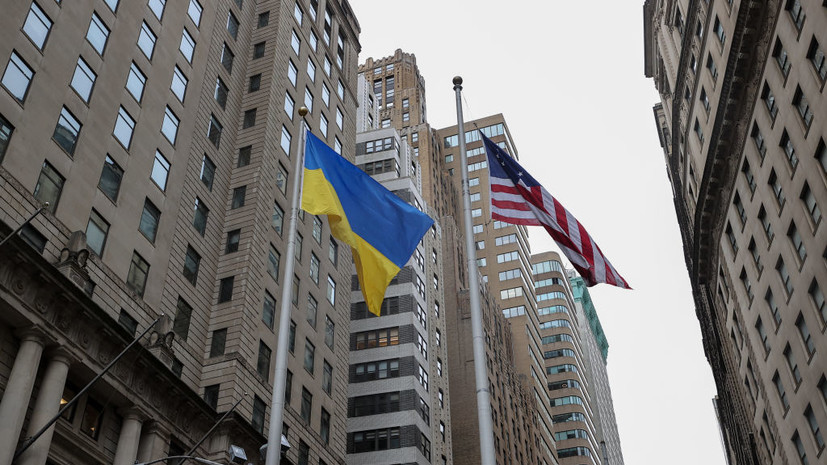 The document specifies that the initiative under consideration will contribute to the development of distance learning and teaching of English in Ukraine.

It will be supervised by the US Embassy in Kyiv.

“The grantee will assist the Ministry of Education and Science of Ukraine in order to optimize the process of online teaching of English in secondary schools and support the distance education model for learning English,” the document says.

According to the American side, the program pursues a number of goals, including improving the quality of teaching English to Ukrainians and building the capacity of the Ministry of Education and Science of Ukraine.

“Strengthening ties between the United States and Ukraine through joint activities and projects that promote mutual understanding and promote democratic values” is another goal of the new language initiative.

The work of the future contractor is expected to "have an impact" on Ukrainian students.

Professor of the Department of Comparative Political Science at RUDN University Yuri Pochta, in an interview with RT, drew attention to the fact that such American projects are being implemented

against the backdrop of the policy pursued by the Kyiv authorities to combat the Russian language and the Soviet heritage of Ukraine.

“Language learning is the study of culture, familiarization with the values ​​​​of the society that is the native speaker of the language you are mastering.

The English language reflects current trends in a number of areas, including science, culture, and politics,” the expert added.

He also expressed the opinion that $175,000 is too small an amount to implement any large-scale program.

At the same time, the political scientist stated that at present the Americans do not have a special need to invest more in such projects.

“The main tasks of the West today are different – ​​to provide Ukraine with weapons.

Language learning will also be given attention.

But, of course, here we will talk about the elite and young hard-working people, so that in the future they can be used to achieve the goals set by Western politicians, ”the Post said.

A similar opinion is shared by the director of the Franklin Roosevelt Foundation for the Study of the United States at Moscow State University, Yuri Rogulev.

) now there is probably a shortage of specialists, especially in the army.

It is planned to re-equip the Ukrainian army with Western types of weapons, and instructions for them are in English.

So you have to learn, ”concluded Rogulev.

Earlier it was reported that the US Embassy in Kyiv plans to train English teachers in Ukraine.

The project, as specified, will have to contribute to "strengthening mutual understanding" between Ukrainians and Americans.