Her surreal outfits were shocking almost a century ago and her ideas now inspire style icons: Italian Elsa Schiaparelli is spotlighted during Haute Couture week… 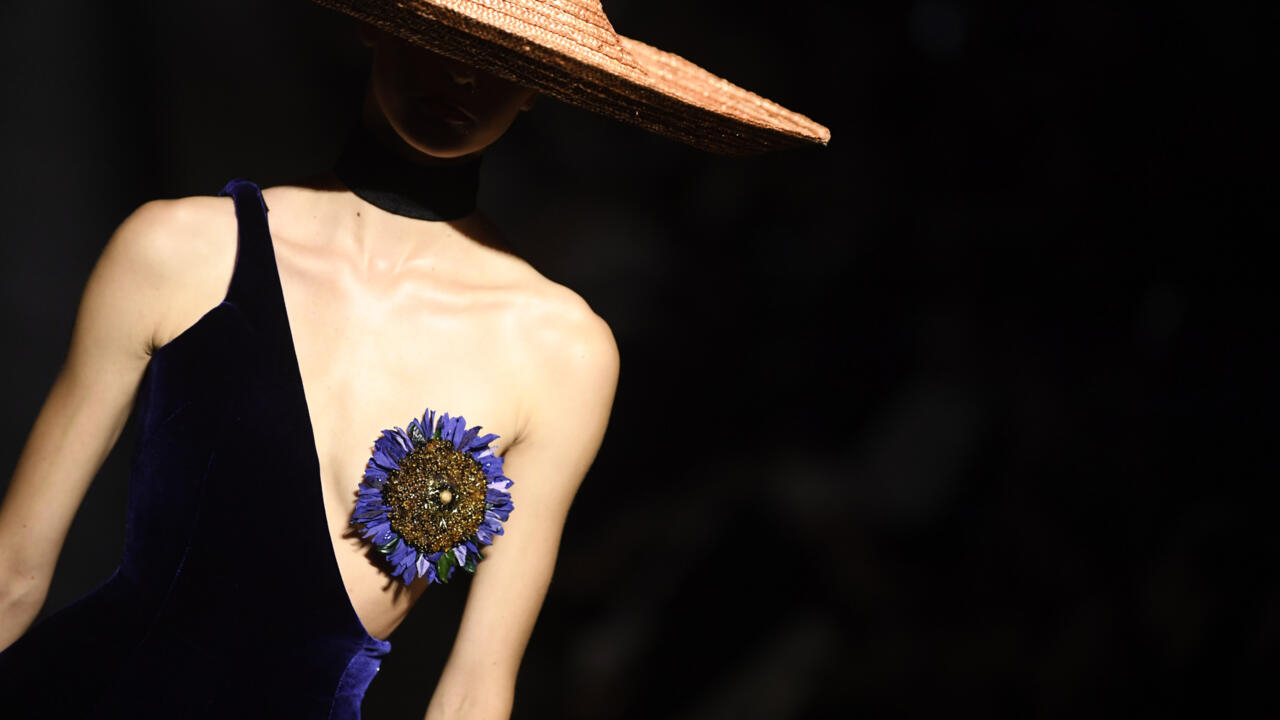 Huge hats, oversized jewelry, sexy outfits: the parade took place at the Museum of Decorative Arts, where an exhibition "Shocking!"

Fashion is described as "dumb" but it is also "provocative, overwhelming", it "can take your breath away", said in the parade note the American designer Daniel Roseberry, named in 2019 and to whom Schiaparelli owes his great success.

The first designer to mix art with fashion, Elsa Schiaparelli went bankrupt in 1954 in Paris before going into exile in the United States until her death and the fashion house remained dormant for 60 years.

But, in recent years, it's Lady Gaga and Beyoncé who have worn Schiaparelli for big ceremonies.

For Joe Biden's inauguration, Lady Gaga was dressed in a red skirt and navy jacket decorated with a huge golden brooch representing a dove.

Singer Lady Gaga dressed as Schiaparelli at the investiture of US President Joe Biden in Washington, January 20, 2021 JONATHAN ERNST POOL/AFP/Archives

Model Bella Hadid was dressed last year at the Cannes Film Festival in a long black "lung" dress with a gold necklace in the shape of lungs adorning the huge neckline.

These outfits are presented in the museum alongside pieces designed almost a century ago by Elsa Schiaparelli such as the shoe hat created in collaboration with Salvador Dali and an iconic lobster dress worn by the Duchess of Windsor in 1937.

"In 1937, decorating an evening dress with a lobster, one of Dali's favorite animals, did not clearly make sense," Olivier Gabet, director of the Museum of Decorative Arts, told AFP.

He wants to show "that she is modern and is one of the fashion figures who continue to inspire and nourish".

In 1935, she used newspapers under her name: "It's great, it was Warhol before Warhol and John Galliano took up the same principle 60 years later" when making a newspaper dress for Dior in 2001, insists- he.

Elsa Schiaparelli is a contemporary of Gabrielle Chanel but is much less known.

Model Bella Hadid in a Schiaparelli dress at the Cannes Film Festival, July 11, 2021. This dress is exhibited in Paris at the Museum of Decorative Arts as part of the "Shocking" exhibition dedicated to Elsa Schiaparelli Valery HACHE AFP / Archives

The creators, who hated each other, "are very different: Schiaparelli comes from a very privileged background, she is a very cultured woman who is part of the Roman aristocracy and whose visual and literary culture allows her to occupy a place very surprising", underlines Olivier Gabet.

Chanel was only entitled to a retrospective in 2020 at the Palais Galliera, the fashion museum in Paris.

Exhibitions, such as "Pionnières" at the Musée du Luxembourg on the essential role of women in the development of the great artistic movements of modernity, are part of the fundamental movement aimed at highlighting women artists who have long been underestimated and little visible.

"Schiaparelli talks in her memoirs about the artists she worked with, she says it was very exciting but, when you read the memoirs of Dali or Man Ray, the evocation of Schiaparelli is often very suggestive, even absent", remarks Olivier Gabet.