After the reshuffle, the baptism of fire of the Borne II government against Parliament

Emmanuel Macron gathered this Monday at the Elysée the first Council of Ministers of the Borne II government with a baptism of fire for the new spokesperson, Olivier Véran. The government is now... 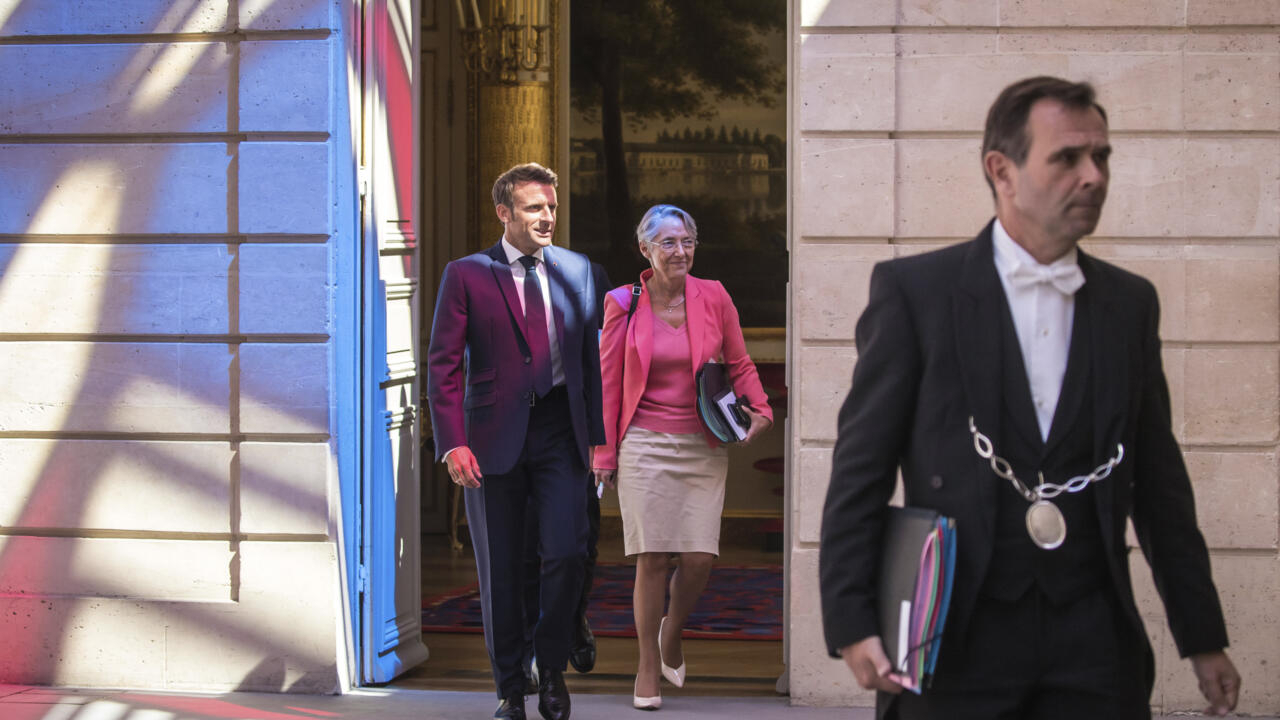 After the reshuffle, the baptism of fire of the Borne II government against Parliament

Prime Minister Élisabeth Borne and President Emmanuel Macron on July 4, 2022 when they arrive at the first Council of Ministers of the Borne II government.

Emmanuel Macron gathered this Monday at the Elysée the first Council of Ministers of the Borne II government with a baptism of fire for the new spokesperson, Olivier Véran.

The government is now at work.

From our special correspondent at the Élysée,

This time, after a period of vagueness since the legislative elections, the five-year term is really starting.

the announcement of the composition of the government.

It is also on this subject that Olivier Véran answered the first question put to him.

The new government spokesperson, who has replaced Olivia Grégoire since Monday, evacuated the problem very quickly, believing that the conditions of serenity were no longer present to allow the defector Minister of the Republicans to exercise his function as Minister of Solidarity , Autonomy and Disabled Persons and that he would have been exposed to the wrath of Parliament.

This same Parliament before which Elisabeth Borne will deliver her general policy speech on Wednesday, at the end of which she will not ask for confidence.

After polls of deputies and calculations of all kinds, the Prime Minister decided not to take the risk of not obtaining confidence or of obtaining it "ricrac" thanks to the abstention of the deputies of the National Rally, which would be "

”we explain behind the scenes of the executive.

Elisabeth Borne will therefore have to find the voices of compromise on a case-by-case basis with the opposition.

Trust is not decreed

, it is patiently built text after text,

The hand is outstretched, with benevolence and with the absolute desire to reform our country

Reform, but not at any price.

For the first text to be submitted to Parliament, that on

, there will be no question of accepting the price freeze or the reduction in VAT demanded by La France insoumise or the National Rally.

The government hopes that the fear of appearing in the eyes of the French for a simple obstructive force will be enough to convince the opposition to accept a compromise.

In the absence of a coalition, which Emmanuel Macron noted at the start of the Council of Ministers, the government will therefore try to build alliances on a case-by-case basis.

The text on purchasing power will therefore constitute a first test.