"Afropolis Tribe", the collective that reclaims the diversity of African dances

A collective of dancers from all over the world, critics of the concept of "Afro-dance", which erases diversity, explores in Marseille the most traditional African dances as well as the most current ones,... 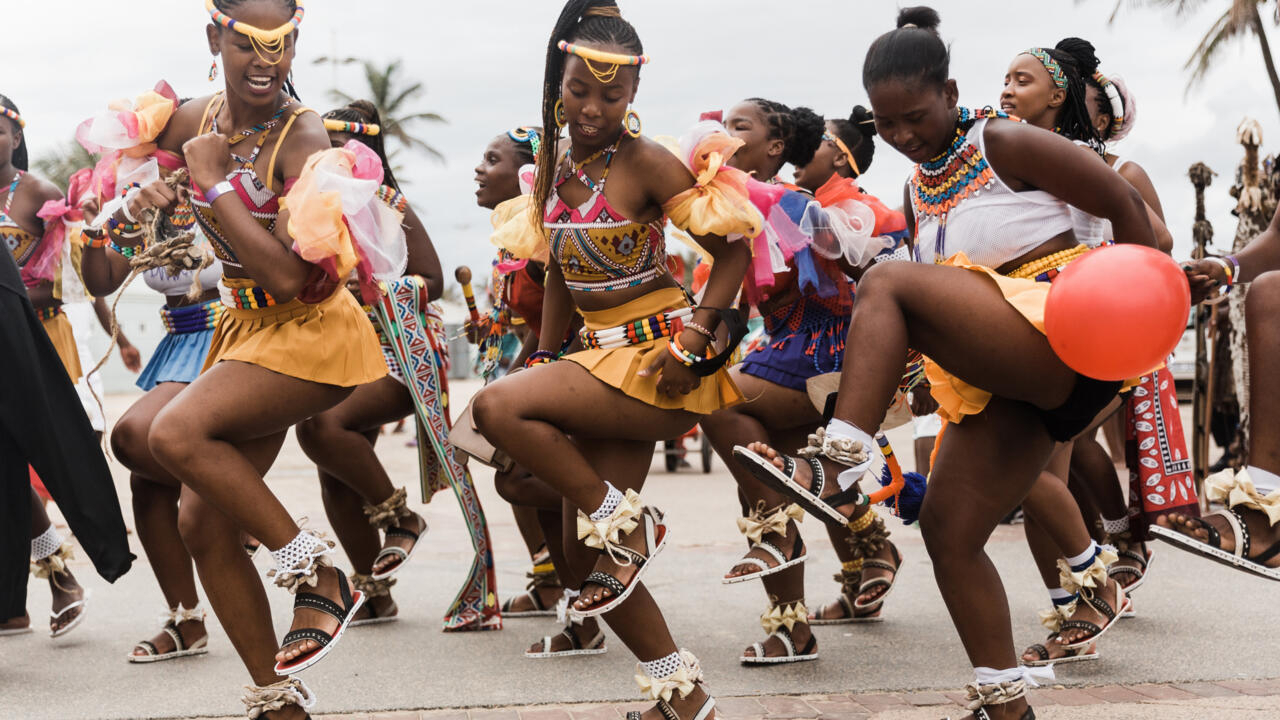 Krump, afro-brock, Ndombolo, hip-hop or conto: the collective "Afropolis tribe" (the tribe of Afropolis - from the Greek polis, city) wants everyone to discover many dances of "African sensitivity", according to the choreographer and dancer Qudus Onikeku, born in 1984, who launched the project five years ago in Lagos, a port in southwestern Nigeria where he is from.

For a week, at the Marseille Festival, sixty artists and technicians from the "Afropolis tribe" create a "100% Afro" show at La Friche de la Belle de Mai, a bubbling cultural center in a disadvantaged neighborhood.

"I want to reclaim the appropriation made against the cultures of Africa through the term + afro +", says the choreographer, for whom the concept of "afro-dance" reduces the diversity of these practices.

"We are making this concept more complex: we have 60 different people with different ideas of what Africa is in 2022", claims the artist who started dancing at a very young age, first urban and traditional, before training. in France to contemporary dance and circus arts.

"Dance in today's Africa is created on the scale of cities. Each has its own energy", outlines the dancer, who returned to Nigeria in 2014 to found a creation and training center.

"My work as an artist is to follow the way these (African) dances are expressed," he explains, saying that his goal is to "bring people of different sensibilities and ways of moving to meet and produce a creative shock".

"We create magic here," says Nigerian dancer and choreographer Adila Omotosho, who for a week accompanies around ten dancers and musicians, members of Afropolis Tribe, in classes where conto, a street dance from Lagos, must mingle. and elements of afro-house particularly popular in Angola and South Africa.

"Nothing is prepared. When we arrive, nobody knows what they are going to do", she says between two sessions of "Idon", "performance and magic" in Yoruba, one of the official languages. from Nigeria.

A member of the "Afropolis tribe" since its foundation in 2017, she sees this network as "a space to communicate. This is where we gather, where we share, where we give life" to creations during meetings and virtually.

A folk group dances during a ceremony in front of the presidential palace in Cotonou, November 10, 2021 Yanick Folly AFP / Archives

The Covid-19 pandemic prompted the collective to set up its own platform, of the same name, which today brings together “12,000 active members” exchanging away from social networks, deemed “predatory” with regard to personal data.

"Like an airport, it's not a destination but a place where you pick up or drop off something in passing, before going to another place," adds Adila Omotosho.