Gastronomy, leisure... Every weekend at 6:38 a.m., Marion Sauveur and Vanessa Zha present a product, a producer and all the tips for re(discovering) a region. 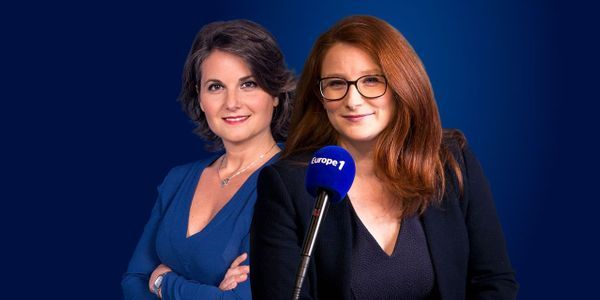 Gastronomy, leisure... Every weekend at 6:38 a.m., Marion Sauveur and Vanessa Zha present a product, a producer and all the tips for re(discovering) a region.

Marion Sauveur… We're going to Normandy, in the Orne!

I'm taking you to the French champion of classic sausage.

Direction Saint-Ouen-de-Sécherouvre at Jérôme Lepoivre, from the farm The pigs are in the meadow.

He is the one who has just won the first classic sausage championship organized by the Amicale du Sauciflard.

Two other sausages were rewarded: that of the Ferme du Montet, in Aveyron: a dry beef-onion sausage.

He received the prize for the best creative sausage.

And that of Maison Montalet in the Tarn, with truffles, won the public prize.

And this is the one we have in the studio.

Let's go back to Normandy… It's no coincidence that Jérôme Lepoivre won this prize for the favorite charcuterie of the French... He raises pigs, but not just any pigs: Bayeux pigs.

A very rare breed, since there are only 189 sows in France.

They are rustic white pigs with black spots and floppy ears.

They only live outdoors: Bayeux pigs frolic in the valleys of the Perche where they nibble on the grass.

Jérôme Lepoivre also feeds them with cereals that he grows like wheat or barley.

When are they ready to be slaughtered?

When they have reached the right weight: between 130 and 140 kg.

And they are then transformed in particular into sausages.

“We have two to three pigs slaughtered a month, which go entirely into sausages.

Only the two tenderloins are removed.

This means that the loins, the roasts, the hams, the centerpieces pass entirely into sausage.

And the fat level, the charcutier who does that for me, at Chaillou, in Saint-Mard-de-Réno… he really has the right hand to do all that is dosage, seasoning, refining.

The prize also goes to him in part, because I am a breeder - farmer and he sublimates our animals when he has them in his hands.

It also offers pieces of meat such as pork loin… or chipolatas, perfect for our summer barbecues.

Products that are marketed in the delicatessens of the region and on the markets of Mortagne-au-Perche.

How to cook dry sausage?

Not really… how good is it simply as an aperitif or with a slice of bread, spread with salted butter!

I suggest you put a few slices on your plate and eat it as meat in its own right.

And accompany it with a potato salad.

For this salad, you start by boiling your potatoes: in a large volume of cold water, with salt, and bring to the boil.

When your potatoes are cooked, you peel them… and cut them into slices.

You add chopped red onions to them.

And a little chives.

Little trick: whisk with a fork so that it is well emulsified, Lyonnaise style.

Mix this sauce with your potatoes.

We find your recipe on Europe1.fr.

Start by boiling your potatoes in a large volume of cold water with salt.

When the potatoes are cooked, peel them… and cut them into slices.

And a little chives.

Whisk with a fork so that it is well emulsified, Lyonnaise style.

Mix this sauce with your potatoes.