The latest model of Jas 39 Gripen is ready for delivery. But despite the company praising Model E, as it is called, Saab has so far only managed to sell it to two countries: Sweden and Brazil. 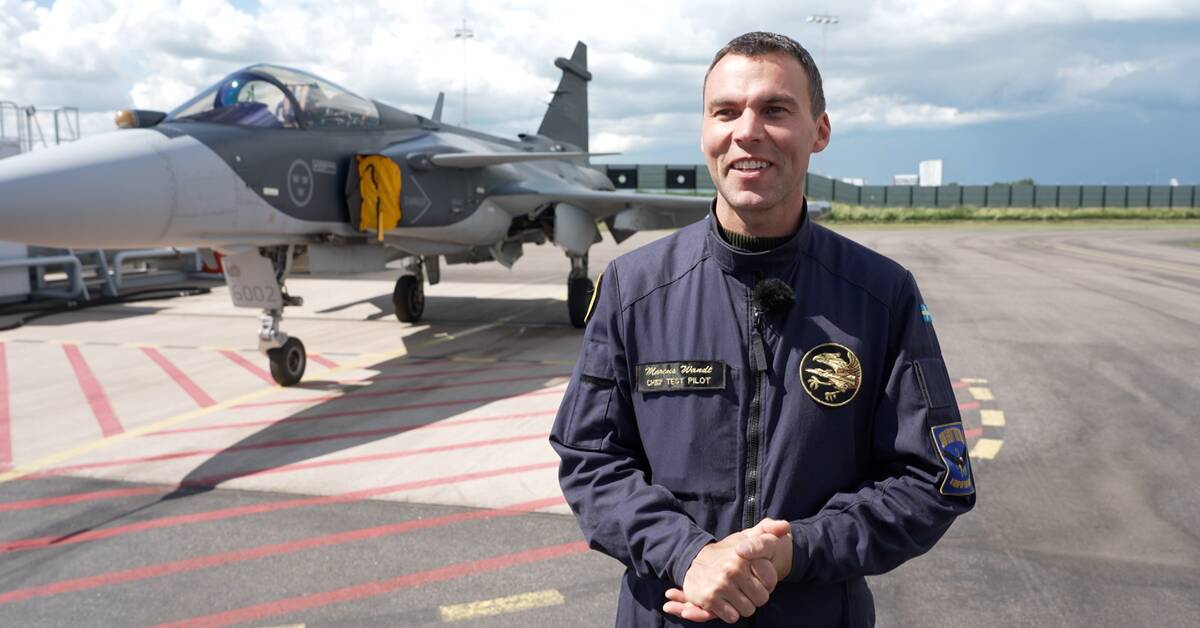 It was in 2014 after Russia annexed Crimea that the Reinfeldt government ordered 60 fighter jets of the latest model.

This was justified, among other things, by an increased threat from Russia.

Now the Jas 39 Gripen E, as the latest model is called, has reached the delivery phase and in Brazil it is hoped to have the first operational plans later this year.

The latest model of the Gripen is larger and has several "beams", which means that the plane can carry more weapons and tools than previous versions.

It should also be possible to fly both faster and longer.

- But the really big revolution in this aircraft is what happens inside, in the computers, says Johan Segertoft, business unit manager for Gripen design at Saab in Linköping.

Can be updated quickly

He explains that the biggest advantage is that it is possible to quickly update both software and hardware, which leads to rapid changes and improvements.

But despite the fact that both pilots and engineers at Saab believe that the Gripen is a fantastic fighter aircraft, Saab has so far only managed to sell the latest model of the Gripen to two countries: Sweden and Brazil.

These are two very important countries for us, and they will certainly buy more aircraft from us, says Saab's CEO Micael Johansson, and continues:

- Then we have countries where we fly Gripen C and D, today's version, for example Hungary, the Czech Republic and Thailand, and they also have the opportunity to switch to these systems.

Among other things, Finland and Canada have recently chosen to buy American fighter jets instead of Swedish Gripen.

The Swedish defense industry has benefited from the deteriorating security situation and Saab's share price, which soared after Russia invaded Ukraine, has risen over 70 percent this year.

- The interest in what we do is increasing a lot right now.

Then it is a tragedy that is happening in Ukraine and we are of course not responsible for there being conflicts in the world, but it is just very, very nasty, says Saab's CEO Micael Johansson.

And he does not believe that the Gripen will be the last Swedish fighter aircraft.

- We are already looking at new concepts and how driverless platforms can interact with manned platforms.