Failed to agree on 'one composition', additional negotiations from the night... the issue of negotiation 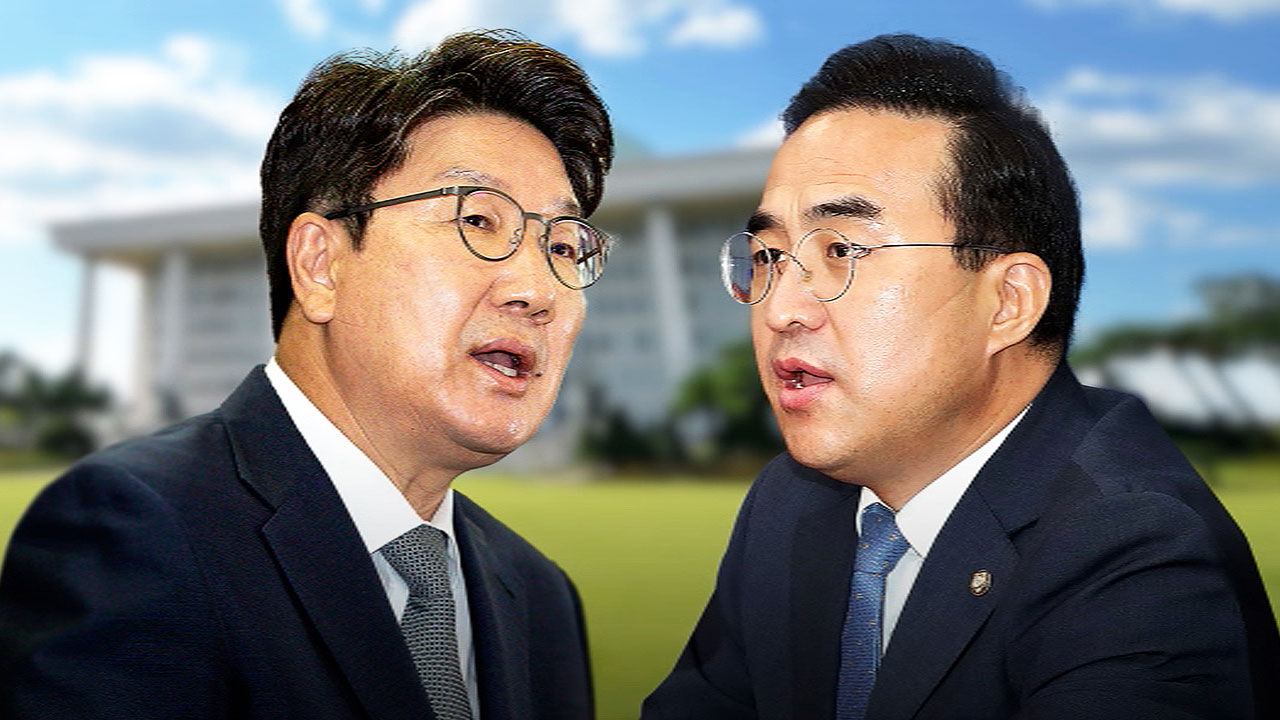 On the 35th day in the absence of the National Assembly, the ruling and opposition floor leaders held talks today (3rd), but they still have not reached an agreement on the composition of the circle.

Tomorrow is the date the Democratic Party announced earlier that it would elect a Speaker of the National Assembly.

There was also hope for an agreement, but the two broke up without results within two hours, only checking each other's positions.

Let's listen to Kwon Seong-dong, the representative of Wondae.

However, it is difficult to see that there has been 'special progress'.] In

a notice without a separate briefing, the Democratic Party said, "We have not been able to narrow our differences, but we have decided to take more time to discuss before tomorrow's plenary session."

A little while ago, the leaders of both parties announced that they would meet again tonight after having dinner separately to continue negotiations.

Reporter Kim, why is there no agreement?

Yes, the key is whether or not to take additional measures in relation to the so-called 'check-and-run' bill.

The Democratic Party is demanding the cancellation of the request for adjudication of the Constitutional Court's authority dispute related to the 'Complete Inspection' bill and the formation of a Special Committee on Judicial Reform, instead of surrendering to the people's power the chairperson of the Judiciary Committee, which is the gateway to the handling of the National Assembly bill.

The People's Power is arguing that it is absolutely impossible to accept this, saying that it will recognize the 'examination and overhaul' bill.

The appointment of Park Soon-ae Education and Welfare Minister Kim Seung-hee, both of whom are embroiled in morality controversy, are also issues in the negotiations between the ruling and opposition parties.

What happens if there is no agreement in the end?

If an agreement is not reached by tomorrow, the situation could be sharply strained.

The Democratic Party announced that it would hold a plenary session tomorrow afternoon to elect the Speaker of the National Assembly alone if the agreement broke down, and the People's Power plans to put an emergency standby request to all lawmakers and stop the association.