Duel between Ulf Kristerssons and Magdalena Andersson in Almedalen: "A subsidy government" 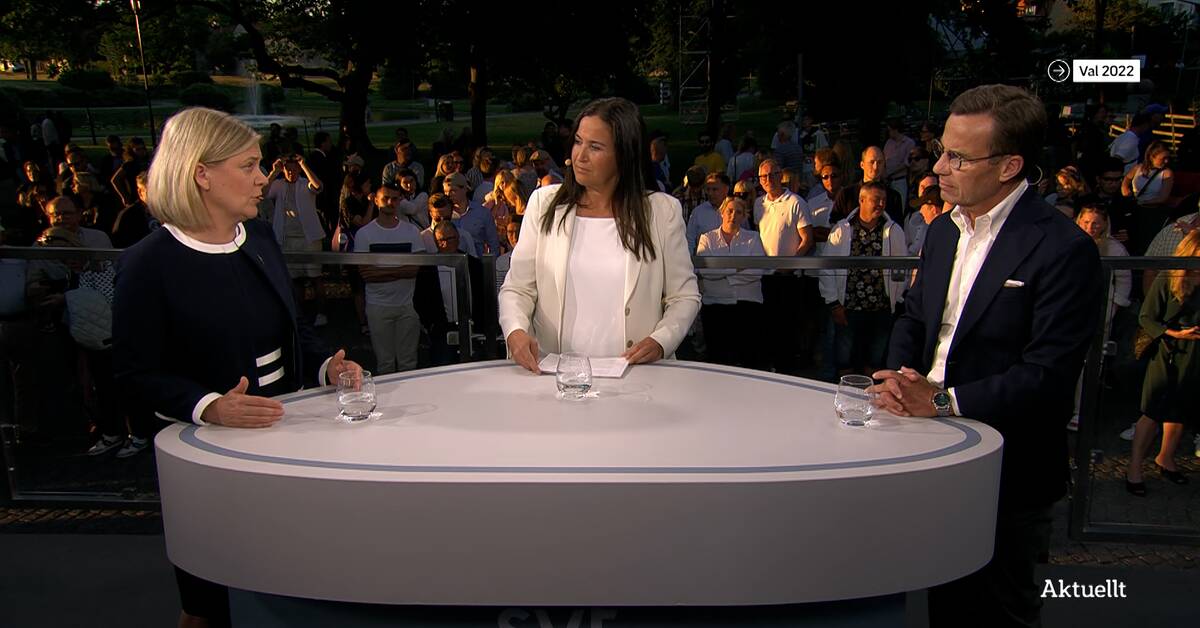 The first dueling topic was school, in light of the proposal to ban profiteering that the Social Democrats presented earlier in the day.

A proposal that Kristersson (M) does not support.

- It is good that the Social Democrats are now honest with the parents whose school will now be closed, in a situation where we know that 26 of 28 of the country's worst schools are municipal schools.

- We will never get away from the problems in Swedish schools if we do not get to the bottom of what is the basic problem: that schools squander our tax money, Andersson said.

The duel continued on the theme of economics.

Kristersson is critical and calls the government a "subsidy government".

- They affect Swedish households, it is expensive to be Swedish right now.

We have put forward a long list of proposals that will make it easier for pensioners who have it toughest, says the Prime Minister.

Prevent recruitment to the gangs

The third topic of the duel is crime and punishment.

Kristersson (M) says that the Moderates will do "everything the government does not want to do" to prevent recruitment to the gangs.

He mentions, among other things, increased penalties and abolished youth discounts.

- All young people who grow up in Sweden must see that there is a different future.

We politicians must do more, the social services and companies, says Magdalena Andersson (S).

Kristersson counters that the government likes to talk about preventive measures but has not yet taken any during his time in power.

In tonight's duel, the party leaders were asked how to stop new recruitment to criminal gangs.