The Minister of Economy, Abdullah bin Touq Al-Marri, revealed that the number of employees working in the cooperative sector in the country is about 13,000, working in 43 “cooperatives” spread across the various emirates of the country, explaining that citizens constitute 6% of the total workers in cooperatives, (more than at 780 mu 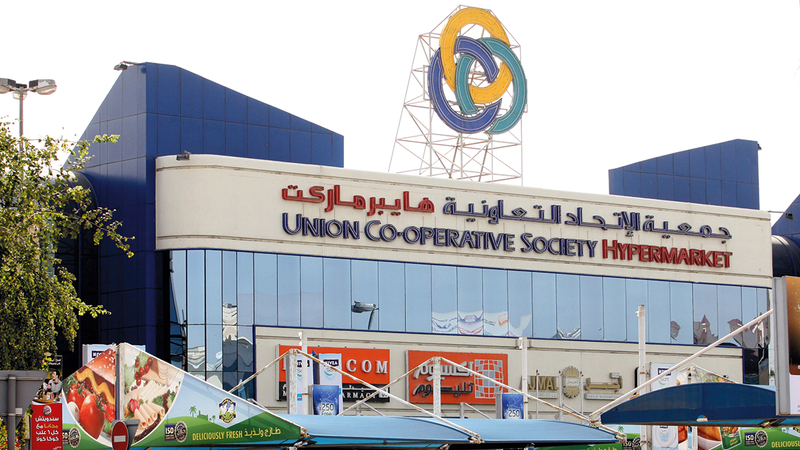 In high-ranking and “nationalizable” jobs

Cooperatives implement a strategic plan to increase the number of national employees.

The Minister of Economy, Abdullah bin Touq Al-Marri, revealed that the number of employees working in the cooperative sector in the country is about 13,000, working in 43 “cooperatives” spread across the various emirates of the country, explaining that citizens constitute 6% of the total workers in cooperatives, (more than More than 780 citizens) working in senior and resettable jobs.

In a speech he delivered during the Federal National Council’s discussion of a “federal draft law on cooperatives” at the closing session of the third ordinary session of the 17th legislative term, the minister stressed that “cooperatives” are a self-assembly consisting of people who share common goals through which they seek to Achieving their aspirations and goals to meet their various economic, social, cultural and other needs.

A parliamentary report on Emiratisation efforts in the “cooperatives” sector in the country stated that this sector works to attract national human resources of all categories, for many jobs in some of its targeted professions, such as “collector and treasurer, customer service coordinator, data entry, and happiness service.” Consumers”, in a way that ensures the fulfillment of the job aspirations of national competencies, as they are qualified, trained and guided.

According to a reading conducted by "Emirates Today" on the results of the Emiratisation file in some cooperatives, the Union Coop has provided many job opportunities for young citizens through jobs with clear and accurate paths that suit their educational qualifications, as the percentage of Emiratisation in jobs that can be resettled in cooperatives reached 37%, With a growth rate of 3% compared to last year, the number of national employees reached 434 compared to 1210 non-national employees.

The Union Coop has allocated about 15.5 million dirhams to the Emiratisation process, with the aim of reaching 40% to 45% during the current year, according to a plan that seeks to invest in human thought and support and enhance the participation of national human resources in their progress and success, in order to ensure the achievement of career aspirations for competencies. Nationality by qualifying, training and guiding them, and creating an attractive work environment within the cooperative entity in the private sector.

According to the reading, the Abu Dhabi Cooperative Society has begun implementing a strategic plan to increase the number of Emirati employees working for it and enhance their participation in developing the association’s march, flexibility and productivity in the retail sector, in accordance with international standards in terms of retail practices, especially that the percentage of Emirati citizens working for it exceeded 26% in administrative positions. Supreme.

The association has set several goals to support the “Nafis” Emiratisation Program, the most important of which is to provide job opportunities for more than 500 Emirati employees during the next five years, as they will be distributed to all retail stores, shopping centers and the administration.

Increasing the rate of localization

The Abu Dhabi Cooperative Society has identified four main goals to help its Emiratisation grow: the first is to be a strategic partner in the country’s efforts to employ national job seekers, and the second is to encourage Emirati cadres to join the retail sector, in addition to training Emirati youth to work in stores and shopping centers, and finally, providing exceptional customer service to their customers that reflects the culture of the UAE.

In turn, the "Sharjah Cooperative" is working to implement a strategic plan within the framework of programs to empower male and female citizens with suitable job opportunities for Emiratisation, available to it, and its role in increasing the percentage of Emiratisation in the private sector in line with the visions and directives of the leadership.

“Access to a lifetime’s job is not easy... and maintaining it is more difficult,” a practical equation that requires hard effort to pass. It begins with academic diligence, followed by self-professional development, then search, rejection and acceptance, until achieving the desired career dream.

In terms of its societal role, "Emirates Today" seeks, through this page, to share with young people the goal of searching for work, the dreams of a lifetime job, and the reality of the state's plan to localize its young cadres in the public and private sectors.