“The temperature will be abnormally high”: weather forecasters warned of hot weather in Moscow

The Moscow mayor's office reported that hot weather will continue in the capital in the coming days. The temperature is expected to reach +30...+32 °C. According to forecasters, we are talking about abnormal heat with an excess of the norm by four to five degrees. However, a slight cooling is expected from the second half of the week. However, according to meteorologists, the temperature will still be above normal. 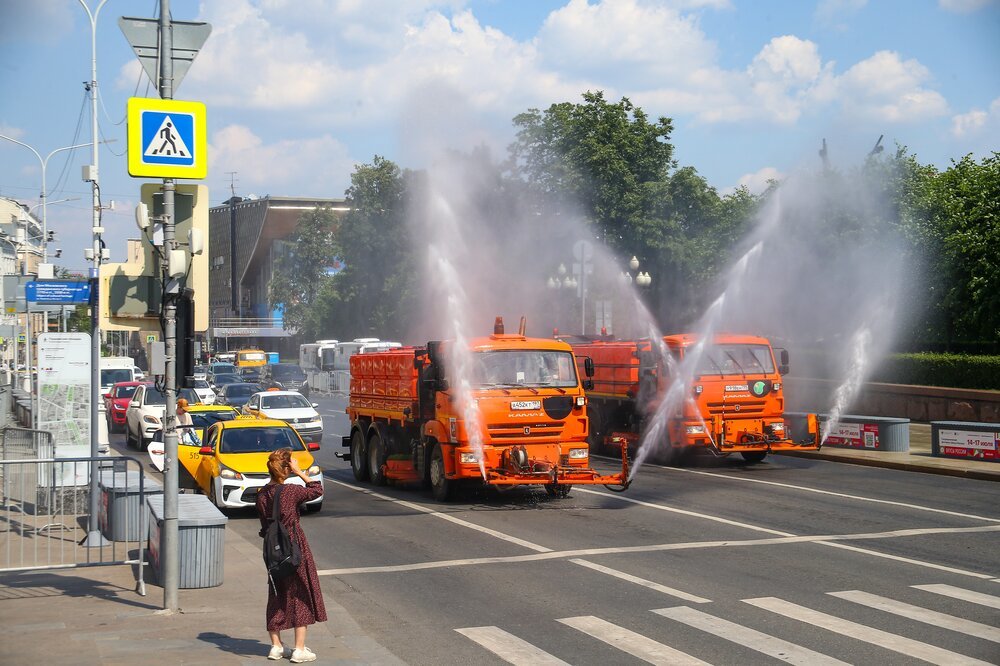 On the official website of the mayor of Moscow, there was a warning about the upcoming heat wave in the capital region.

A slight cooling, according to forecasts of weather forecasters, is possible only in the second half of next week.

As follows from the publication, on the night of Monday, July 4, thermometers will show from + 15 ... + 17 ° C degrees of heat, +32 ° C without precipitation is expected in the daytime.

“At the same time, more clouds will appear in the sky and in some places there will be light rains.

On Wednesday, short-term precipitation is also possible, the air will warm up to +32 ° C, ”the city hall said in a statement.

Against the background of the heat, citizens were advised to spend less time in the sun, drink more water, wear hats and light-colored clothing made from light natural fabrics, and use sunscreen.

At the same time, RIA Novosti reports with reference to the Hydrometeorological Center that the air temperature in Moscow in July will be 1-1.5 ° C higher than the climatic norm.

In an interview with RT, the head of the situational center of Roshydromet, Yuri Varakin, also stressed that in the coming days the weather in the capital region would be abnormally hot.

“From now until Tuesday, the temperature will be abnormally high.

This temperature is typical for the end of July.

According to him, starting from Wednesday and Thursday, Atlantic cyclones will affect the weather.

Varakin noted that from now on, rains and thunderstorms are possible, including hail, against which a slight drop in temperature will be observed.

The forecaster noted that even in this case the weather will be warmer than normal.

“That is, if in the next couple of days the temperature is four to five degrees above the norm, then in the second half of the week and closer to the weekend it will be a degree or two above the norm,” he explained.

In turn, the head of the Meteo prognostic center, Alexander Shuvalov, believes that next week in Central Russia, in particular in Moscow, Tver and Tula, the weather will change by Wednesday and Thursday.

By the end of the week, the temperature will be more moderate and short-term rains and thunderstorms will begin, turning into frontal thunderstorms, downpours and squally wind increases during thunderstorms,” Shuvalov said.

Meanwhile, the metropolitan municipal economy complex said on July 3 that city services are working in an enhanced mode against the backdrop of heat.

City services are on high alert.

At 11:00 we started the first aeration for today.

Around the clock in a cyclical mode, all asphalt concrete and tile pavements of the street and road network are washed with water and the roadway is watered, ”the complex’s Telegram channel reported.

In turn, the Moscow Department of Transport said that passengers of the Moscow Metro are given free water at 18 stations.

“We monitor the temperature at metro stations, bus stations and bus stations in Moscow, and if necessary, the list of stations will increase,” the Department of Transport noted.