“Sufficiently conditional developments”: why in the USA they create a microwave rocket

The US Navy and Air Force have entered the final stages of testing new missiles that use microwave technology. This was reported by Defense News. The missiles are being developed as part of a program to create electromagnetic non-kinetic strike weapons, which are designed to disable enemy electronic systems using microwave radiation. Military experts note that many Russian weapons have long been protected from electromagnetic and microwave pulses, and by advertising such projects, the Pentagon is trying to compensate for its failures in the development of hypersonic weapons. 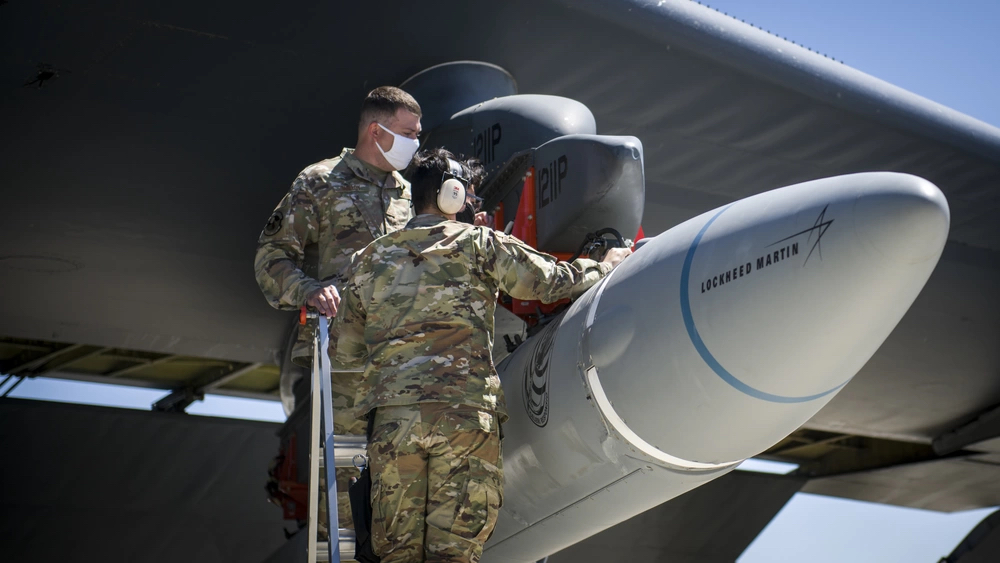 The US Navy and Air Force have begun final testing of missiles using microwave technology.

This was reported by the American military-political publication Defense News, citing weapons developers.

According to Defense News journalists, this weapon is the successor to the earlier CHAMP project, also based on the principles of microwave radiation to disable enemy electronic systems.

It was reported that this system was adopted by the US Air Force in 2019 in a relatively small number - about 20 missiles.

The reasons why CHAMP has not become more widespread have not been made public.

Now the developers claim that the new device uses more modern technologies that allow it to be used in more difficult conditions.

At the same time, according to Jeffrey Heggermeyer, head of electromagnetic technologies at the US Air Force Research Laboratory, the developers have not yet decided on the final choice of a launch vehicle for the device.

“After testing that demonstrates how the technology works, we will move on to studying specific applications in various types of troops,” Defense News quoted Heggermeyer as saying.

In an interview with RT, military expert Yuri Knutov explained that the use of microwave or electromagnetic radiation for military purposes is a well-known area of ​​defense research.

“The detrimental effects of microwave and electromagnetic radiation have been demonstrated since the dawn of atomic weapons.

The first atmospheric atomic explosions led to the failure of electrical appliances and entire substations.

New technologies make it possible to create means of destruction that can actually burn out microcircuits, disabling equipment.

Similar systems are being developed in Russia, ”the expert said in an interview with RT.

It is worth noting that information about the testing of missiles in the United States using microwave technologies appeared against the backdrop of news of another failure of the US military in the field of hypersonic weapons.

On June 30, the Pentagon announced the failed test of a prototype hypersonic missile in Hawaii as part of the Conventional Prompt Strike program.

The US Navy planned to place these missiles on the Virginia-class multipurpose nuclear submarines and stealth destroyers of the Zumwalt project.

US defense spokesman Tim Gorman said the attempt to launch the rocket ended in failure due to engine failure.

He did not provide any other details of the incident.

“People in charge of the program have begun a review to determine the causes and take them into account in future tests.

While the Department was not in a position to collect data on the entire profile of the planned flight, the information available on this incident would be very helpful,” Gorman said.

This is the second failed launch of a rocket being developed for the Conventional Prompt Strike program.

The first experiment failed in October 2021.

The successful launch of weapons by the US Air Force and the developer corporation Lockheed Martin was only possible by mid-May this year.

The significant backlog of the United States in the development of hypersonic weapons has long been no secret, and the American side itself admits this, military observer Alexander Khrolenko recalled in an interview with RT.

“The United States and other NATO countries in this area are far behind Russia.

From time to time, information appears about certain tests, about prototypes of hypersonic missiles, prototypes of electronic warfare weapons, but, as far as I know, none of this is still in service with the American army.

How effective this will be in the future is also still unknown.

Various reports of successful trials are premature, ”the expert believes.

The American military-industrial complex has a characteristic feature: without completing work in one important area, they take on another, Khrolenko added.

This is manifested in many aspects of military research: from the development of weapons based on new physical principles to aircraft construction, the interlocutor of RT emphasized.

“They cannot yet catch up with Russia and China in this area.

And the Americans themselves recognize this,” Khrolenko said.

Recall that back in 2018, Russian President Vladimir Putin said that the Russian side was aware of the development of weapons based on new physical principles, which are being conducted by other states.

“We are well aware that a number of states are working on the creation of promising weapons based on new physical principles.

There is every reason to believe that here we are one step ahead.

In any case, where it is most needed, ”the head of state said then in his message to the Federal Assembly.

In 2022, in his congratulations on Defender of the Fatherland Day, Vladimir Putin stressed that in Russia, weapons that have no analogues are on alert.

“A weapon that has no equal in the world has been put on combat duty.

We will continue to develop promising weapons systems, including hypersonic and based on new physical principles, and expand the use of advanced digital technologies and elements of artificial intelligence.

Such complexes are indeed the weapons of the future, which significantly increase the combat potential of our armed forces,” the President said.

Also on russian.rt.com “Moscow will overtake Washington by three to five years”: how the US hypersonic weapons development program is progressing

Commenting on the ongoing work in the United States on the creation of rockets using microwave technologies, Yuri Knutov noted that "these are still rather conditional developments", which are more experimental in nature.

“In addition, many modern electronics systems are already protected from electromagnetic and microwave pulses just in case of a nuclear explosion.

We already manufacture chips for many weapons systems that can withstand such an explosion.

Therefore, there is reason to doubt that such a weapon can somehow seriously affect our equipment and affect the nature of hostilities, ”Yuri Knutov emphasized.

By releasing such information, the US military and the media working with them want to divert attention from the development of hypersonic weapons, which are not going as smoothly as we would like, the expert believes.

“The Americans are not successful with hypersonic weapons, and they are trying in the eyes of the public to compensate for this due to an alleged breakthrough in the creation of microwave weapons.

That is, this is such a marketing and political action designed to divert the attention of congressmen and the public from the fact that the United States is still in a position of catching up in the development of modern hypersonic weapons, ”concluded Knutov.