Stefanos Tsitsipas expected it but he still fell into the trap of Nick Kyrgios who transformed the N.1 court of the venerable Wimbledon club into a cockfighting arena to win on Saturday... 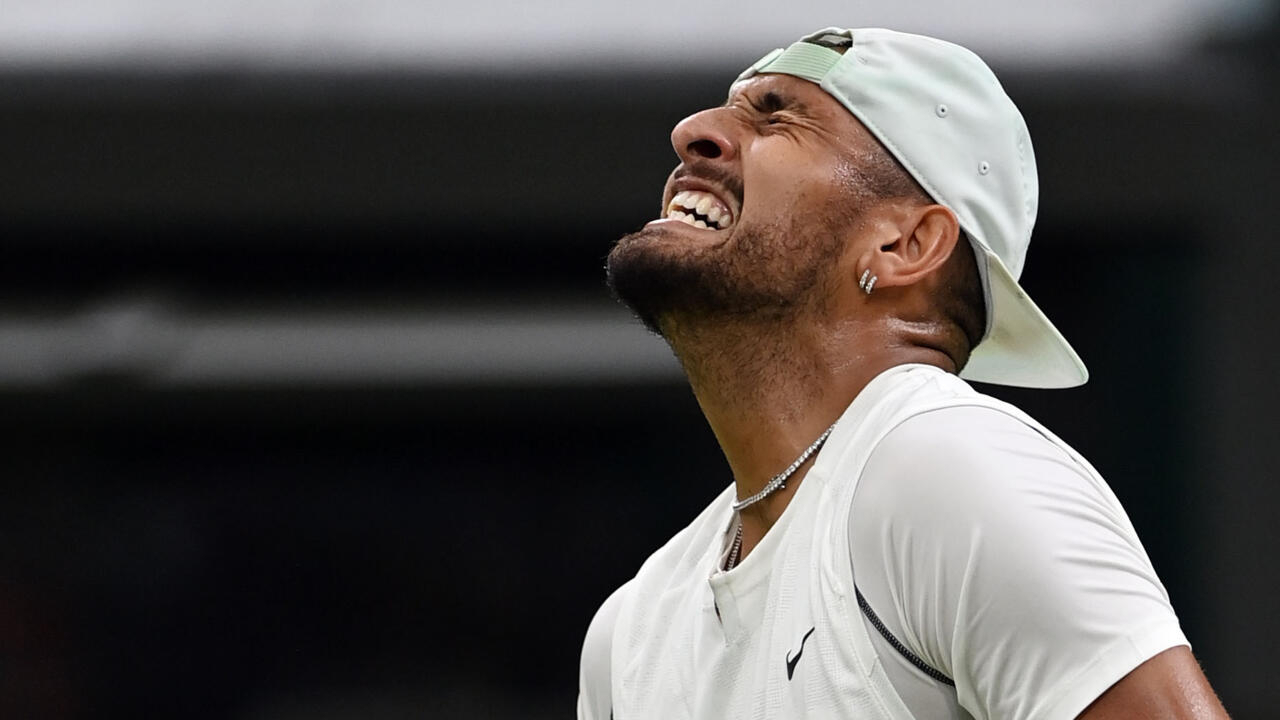 For 3h17, the two men clashed with real ammunition, under the whistles, the encouragement, the cries of an audience out of its hinges.

If the match was crazy, Kyrgios had something to do with it.

He did everything to unpin his opponent, make the referee goat and hysterize the public.

Until the point of general boiling where, alone, he regained his composure to lavish his brilliant blows.

"It felt like the circus, criticized Tsitsipas at a press conference. It's tiring these incessant discussions, these endless complaints".

"The amount of shit the tournament is going to take because of you after my press conference...", he railed against referee Damien Dumousois.

The Australian had several long exchanges with him, then with the supervisor, sometimes bordering on correction.

"Are you stupid or what? (...) You are a shame" he launched several times to Mr. Dumousois who remained stoic.

And yet it was Tsitsipas who was sanctioned.

The Greek received a first warning for hitting a ball in the public between two points.

Kyrgios jumped at the chance to negotiate with the referee, to demand the arrival of the supervisor, then of "all the supervisors", in order to obtain the disqualification of his opponent by reminding the officials that of Djokovic at the US Open 2020 when he inadvertently hit a linesman in the throat.

Then, on an underhand serve from Kyrgios, Tsitsipas cracked and kicked the ball straight towards the stands.

Second warning and penalty point for the Greek.

"I was aiming for my opponent's body, but I missed it...by a lot," said Tsitsipas, whether you believe it or not as the ball actually went far from the target.

It must be said that Kyrgios had already sent a service under the spoon, which is more between the legs, which Tsitsipas had sent back into the net.

"He always gets away with it"

Exasperated by the behavior of his opponent, the world No.5 targeted the Australian several times with heavy strikes (smash, high forehand very close to the net while Kyrgios was inside the court in front of him).

"I wanted him to stop. All of this has to stop," Tsitsipas said.

"He spends his time intimidating others, that's what he does. He martyrs his opponents. He was probably a bully himself at school. I don't like bullies, "insisted Tsitsipas in conference of hurry.

"He also has good sides. But... there is also a demonic side to him, which, when expressed, can really hurt and cause a lot of harm to the people around him," added the Greek.

He himself tried to get the referee to intervene by pointing out in a falsely diplomatic tone that Kyrgios was putting his towels everywhere: "What color is my basket (to store the towels)? The gentleman, there- down, occupies half of it".

But, "he always manages", regretted Tsitsipas.