Ukraine has declared victory in an old culinary dispute with Russia; This is after UNESCO put a traditional soup made of beetroot on its list of Ukrainian cultural heritage to be protected. 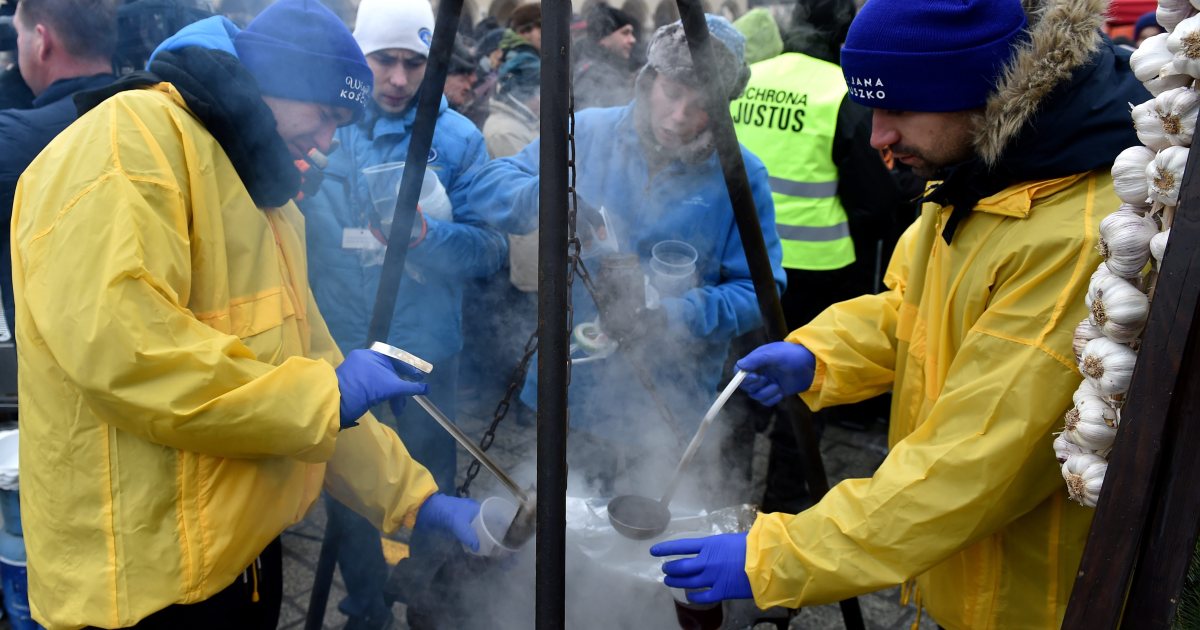 Ukraine declared victory in an old culinary dispute with Russia, after the United Nations Educational, Scientific and Cultural Organization (UNESCO) put a traditional beet soup on its list of Ukraine's cultural heritage to be protected.

And UNESCO - which is headquartered in the French capital, Paris - announced in a statement that it had put the vegetable borsch soup on the list of cultural heritage in need of "urgent protection" because of the danger faced by the soup's status as an element of Ukrainian culture as a result of the Russian invasion.

A UNESCO spokesman in Paris said the new status means that Ukraine can now apply for special funds to finance projects for the promotion and protection of borsch.

For his part, Ukrainian Minister of Culture Oleksandr Tkachenko was quick to welcome UNESCO's decision, saying on Twitter, "We won the borsch war," adding that his country will share the recipe for "borscht" soup with all civilized countries, "and even with uncivilized countries as well, so that they have on At least something light, tasty and Ukrainian."

On the other hand, Moscow criticized the placement of "borsch" soup in the Ukrainian heritage, which should be protected as an example of "modern Kievan nationalism".

The soup is also popular in Russia.

Ukraine had submitted a request in mid-April to include the culture of this soup in the list of intangible cultural heritage in danger, considering that the invasion of the country on February 24 by Russia and the bombings that resulted during the past months;

They threaten the "sustainability" of this dish and all the traditions surrounding it.

Following Ukraine's application, Russian Foreign Ministry spokeswoman Maria Zakharova said, "Even cookbooks are banned in Ukraine, why? Because it is impossible to share porches. Impossible because they can only belong to one people and one nationality."

"It may be common for every city, region and housewife to prepare this dish in their own way, but no, they did not want any compromise, and this betrays xenophobia, Nazism and extremism in all its forms," ​​she added, repeating the usual accusations leveled by Moscow against the Ukrainian authorities. .

In October 2020, the Ukrainian Ministry of Culture and Information Policy announced plans to submit a request to inscribe Ukrainian porches on the UNESCO List of Intangible Cultural Heritage despite the dispute between Russia and Ukraine over the origin of the porches;

Because Russia has repeatedly demanded it as its own national dish.

As for Pier Luigi Petrillo, rapporteur of the Ukrainian File Evaluation Committee at UNESCO, he said, “The existence of this soup is not in danger in itself, but the human and living heritage associated with the “borsch” are at direct risk due to the disruption of the population’s ability to practice and transmit their intangible cultural heritage as a result of the armed conflict particularly due to the forced displacement of communities.

Petrillo noted that because of the war, "the population is no longer able to prepare or even grow the local vegetables needed to prepare borsch. They cannot even come together to prepare it, which undermines the social and cultural aspects. Thus, the survival of this ingredient (borsch soup) is in danger." .

He also noted that "armed conflict destroys the environment, fauna and flora. The Rapporteur of the Committee considered that, for all these factors, it is necessary to urgently protect this element under the very urgent action."