Two years after the demolition - Uppsala's stigma will be transformed

Sivia square has been empty for over two years, waiting for the new building plans to be nailed down. It is now clear that the former homes will be converted into spa hotels, conferences and offices. SVT got a tour inside the destroyed premises. 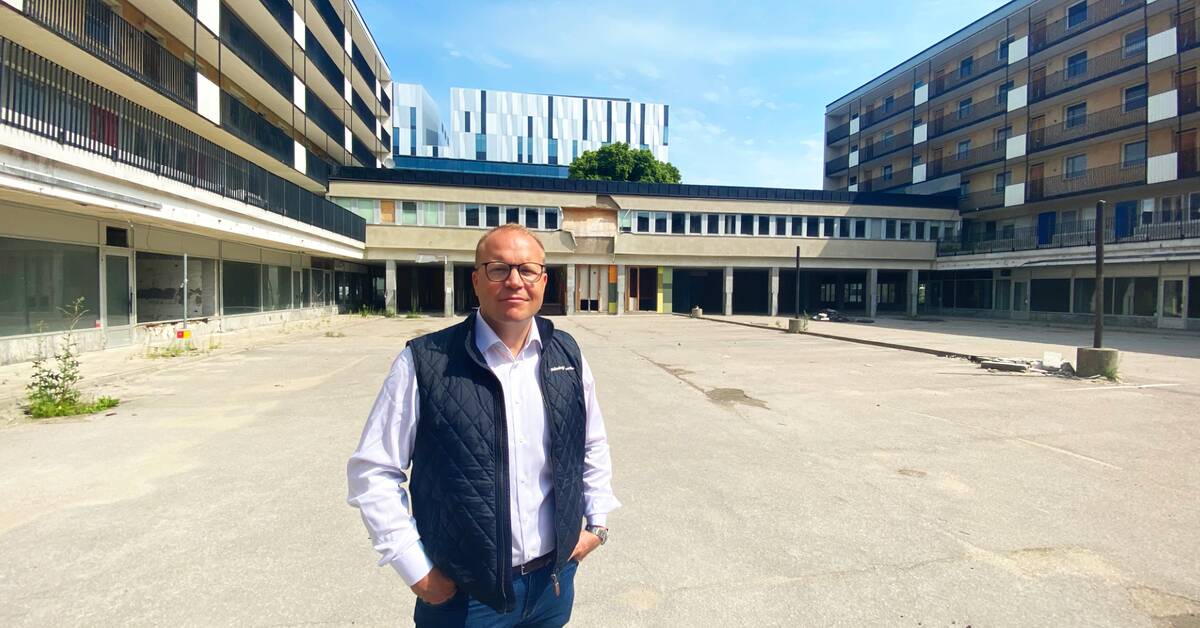 The previous plans have had to be redone, after criticism that the new high-rise building would obscure the view from the nearby UKK.

Therefore, the height has now been lowered.

The Planning and Building Committee approved the plan last week, and construction is expected to start this autumn.

At the beginning of 2026, it is expected to be completely finished.

- There has been a long discussion about everything from the line of sight to the design of the neighborhood and its contents, says property owner Fredrik Mässing.

The new block will include offices, hotels with a rooftop pool, shops and restaurants.

In the middle, a glazed yard is planned that will be accessible to the public.

There will also be a pedestrian and bicycle path along the railway.

It is not yet clear who will run the hotel business, but according to Fredrik Mässing, several players have been interested.

- We expect to be able to decide which player will run this after the summer.