Tunisia.. The Labor Union points to loopholes in the draft constitution, and the government alludes to terrorist threats targeting the country

The Tunisian Labor Union considered that the draft constitution presented by President Kais Saied contains many loopholes, amid a division of political forces over the project, while the government talked about the stability of the country despite “terrorist threats.” 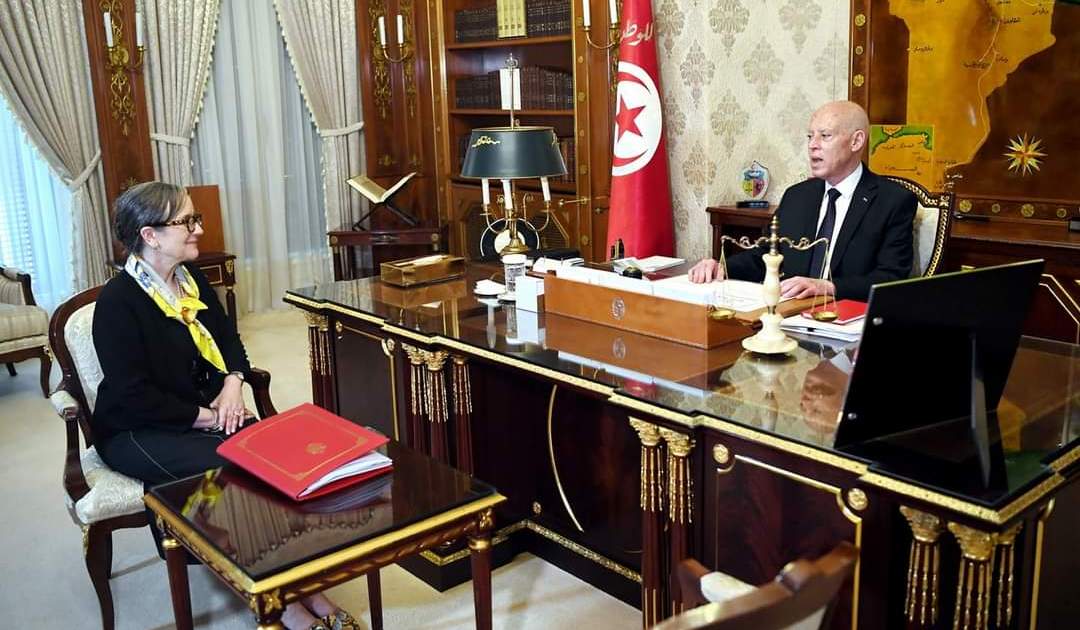 The Tunisian Labor Union considered that the draft constitution presented by President Kais Saied contains many loopholes, amid a division of political forces over the project, while the government talked about the stability of the country despite "terrorist threats."

The administrative body of the Tunisian Labor Union - which is the highest authority in the trade union organization - held a meeting today, Saturday, to determine its final position on the referendum on the draft constitution to be organized on July 25, after the authority decided in its previous meeting to participate in the electoral campaign for the referendum, and postponed determining Its position on the project until its publication.

"There are many loopholes in the new Tunisian draft constitution," said Union Secretary-General Noureddine Taboubi after the meeting.

"We leave our members the freedom of choice to vote yes or no in the referendum on the constitution," he added.

Al-Taboubi had indicated - in his statements yesterday - that the members of the executive office of the organization met with a number of experts to study the new draft constitution, provided that the administrative body of the union decides the organization's position on it with clarity and boldness, as he put it.

It is noteworthy that the union had refused to participate in the work of the advisory body that prepared the draft constitution, because of what it described as a formal dialogue whose results had been prepared in advance and the exclusion of civil and political forces from participating in it, according to the union.

Weeks before the referendum on the new draft constitution called for by President Kais Saied;

Such as securing the referendum on the constitution, the harvest season, the summer season and tourism, as she put it.

Boden saw - during the regular meeting of the governors - that the referendum on the constitution is a pivotal station in the country's history, during which Tunisians will be able to express their positions freely, and have the final say in drawing the features of Tunisia's future, as she described it.

In turn, Tunisian Interior Minister Tawfiq Sharaf El-Din said that Tunisia is experiencing remarkable stability, with the exception of some sectoral social movements against the background of professional and union demands;

He stressed the ministry's keenness to deal with these movements professionally, respecting the basic rights of citizens, while protecting public and private property, as he put it.

Sharaf al-Din stressed the continuing occurrence of what he described as terrorist threats targeting the country's security, symbols and stability, especially as it is facing important and accurate stations.

Similar to the constitutional referendum.

President Said had stressed the need for all Tunisian officials to be at the level of what he described as the historical stage that Tunisia is going through, so that Tunisians express their will freely in the referendum scheduled for July 25, calling for a free vote on the draft constitution.

This came during a happy meeting with Prime Minister Najla Bouden, where the two sides discussed urgent solutions that must be taken to face economic and social difficulties, according to the Tunisian presidency.

Simultaneously, a delegation from the International Monetary Fund is preparing to visit Tunisia on Monday, to start official negotiations regarding a loan program that experts estimate to be about two billion euros in size.

Last week, the International Monetary Fund welcomed the economic reforms offered by the Tunisian government, and said that the reform program brings several benefits, such as increasing credibility and making the chances of success greater than in the past.

Among the reforms proposed by the Tunisian government are a wage freeze in public jobs, a halt to public sector employment, a reduction in food and energy subsidies and the sale of some shares in state-owned companies.

The Tunisian General Labor Union strongly rejects the proposed program, as it carried out a comprehensive strike last June in public companies, and says it plans to repeat the strike.