“He will report to the president if necessary”: Peskov announced that the Russian Foreign Ministry is considering the situation with the embassy in Sofia 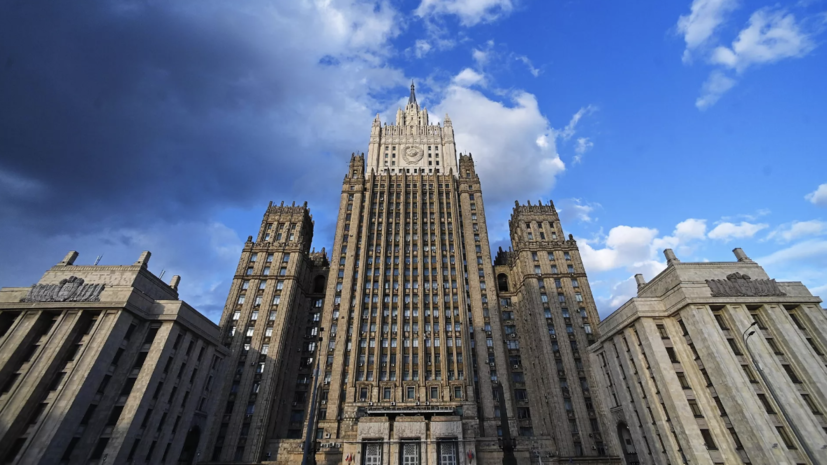 “The Ministry of Foreign Affairs will be considered and, if necessary, reported to the president,” he said, answering a relevant question.

Recall that on June 28, the Russian embassy in Sofia announced the plans of the Bulgarian leadership to expel 70 diplomats and representatives of technical personnel.

The reason for this decision in Sofia was allegedly the work of diplomats to be exiled to the special services.

The official representative of the Russian Foreign Ministry, Maria Zakharova, during a briefing on June 29, said that the decision to expel Russian diplomats was made by order of external forces, which, under false pretexts, seek to “play off” European countries with Russia.

Later, the Russian embassy sent a note to the Bulgarian Foreign Ministry demanding that the decision to expel the diplomats be canceled by 12:00 (coincides with Moscow time) on July 1.

Acting Prime Minister of Bulgaria Kiril Petkov said that the decision to expel Russian diplomats would not be reviewed.

Russian Ambassador to Bulgaria Eleonora Mitrofanova also said on July 1 that she intends to raise the issue of closing the embassy in Bulgaria with the Russian leadership.

She noted that the Bulgarian Foreign Ministry ignored the appeal of the Russian side.

Also on russian.rt.com The Russian Ambassador will raise the issue of closing the embassy in Sofia with the Russian leadership

“In this regard, I immediately intend to raise the issue with the leadership of my country about the closure of the Russian Embassy in Bulgaria, which will inevitably lead to the closure of the Bulgarian diplomatic mission in Moscow.

The responsibility for the further dire consequences of this step lies with the government of Kiril Petkov, ”TASS quoted her as saying.

Deputy Foreign Minister Alexander Grushko later said that a difficult situation had developed around the Russian embassy in Bulgaria.

As the diplomat said in an interview with RIA Novosti, Sofia's actions are unfriendly.

Grushko admitted that if the decision to expel diplomats remains in force, Moscow will consider the issue of maintaining a diplomatic presence in Bulgaria and the further work of the Bulgarian diplomatic mission in Russia.

“Therefore, we warned that if this decision is not reviewed, then the leadership of the Russian Federation will be faced with the question of maintaining our diplomatic presence and the need for a Bulgarian diplomatic presence here,” RIA Novosti quotes Grushko.

During a conversation with journalists on July 1, Dmitry Peskov also answered a question about the message from President of Ukraine Volodymyr Zelensky, which Indonesian President Joko Widodo conveyed to Vladimir Putin during his visit to Moscow on June 30.

“We are not talking about some kind of written message.

This is the only thing I can tell you," Peskov said.

The presidential spokesman did not specify in what format Widodo passed the information to Putin.

Directly on June 29, Peskov confirmed the transmission of the message from Zelensky to the President of Russia, noting that he did not know the content of the message.

Widodo himself also confirmed this information during a press conference following the meeting with Putin.

Along with this, Widodo expressed his readiness to contribute to the improvement of relations between the parties.

Peskov also said that there are no grounds for stopping LNG supplies through Sakhalin-2 in connection with the recent decree of Vladimir Putin.

Recall that on Thursday, June 30, the President signed a decree on the application of special economic measures in the fuel and energy sector, according to which the operator of Sakhalin-2 will be replaced by a Russian legal entity, and the property of the former operator, the Sakhalin Energy joint venture, will be transferred to the new company.

“So far we see no reason for this.

Especially taking into account the procedures that will be carried out in accordance with the decree, ”Peskov said, answering a question about the likelihood of stopping deliveries on Sakhalin-2.

Speaking about whether the decree on Sakhalin-2 could become an example for the nationalization of other companies with the participation of Russia, Peskov replied that there could be no general trend in this regard, each case should be considered separately.