The Chinese president was in Hong Kong this Friday morning July 1 to open the ceremonies of the 25th anniversary of the handover of the city to China. After bringing Hong Kong to heel, Xi Jinping… 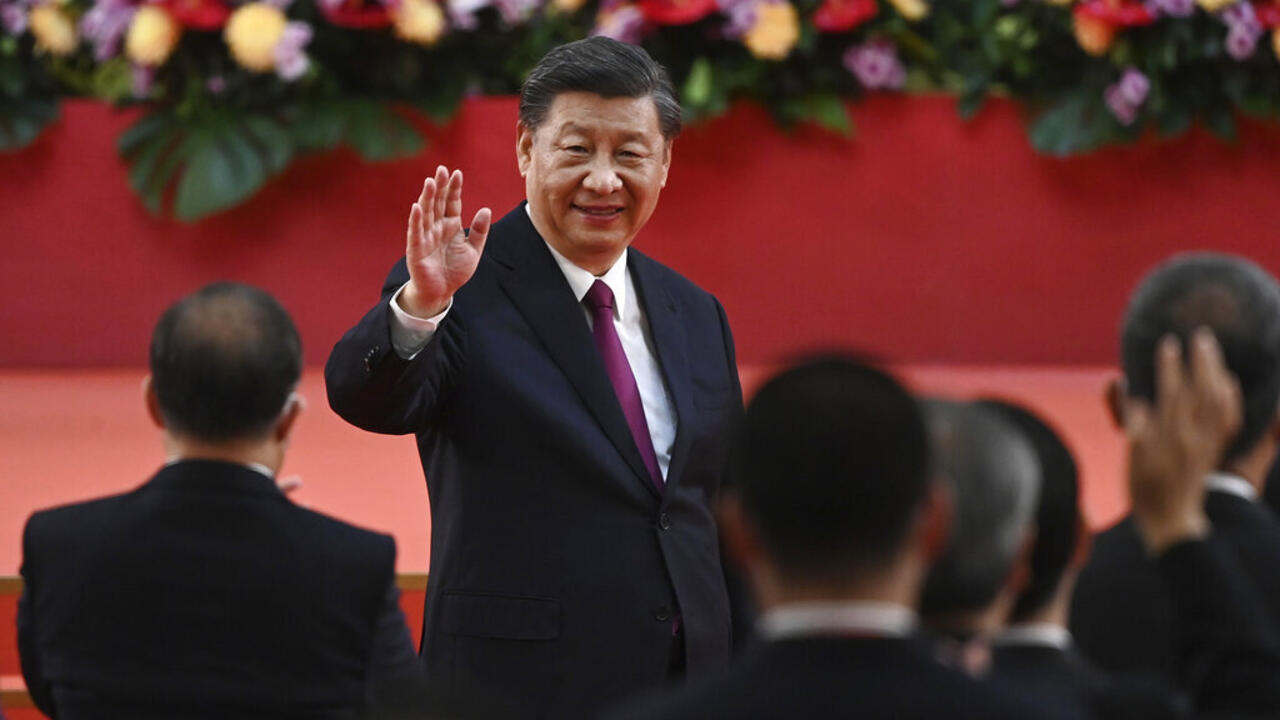 Chinese President Xi Jinping after his speech at the 25th anniversary celebrations of Hong Kong's handover to China.

The Chinese president was in Hong Kong this Friday morning July 1 to open the ceremonies of the 25th anniversary of the handover of the city to China.

After Hong Kong was brought to heel, Xi Jinping reiterated that the "

A little over an hour and a half of ceremony, under the red and gold flags of popular China, as well as the red with white flower of bauhinias, symbol of the city.

Decor and speech intend to demonstrate the durability of a certain autonomy of Hong Kong, an exception yet swept away since 2020 and the establishment of

imposed by Beijing, described as draconian by opponents.

These were kept away.

According to Reuters, journalists from seven outlets were also barred from

In front of an audience made up of the pro-Beijing elite, after removing his white mask stamped with the red number of the 25th anniversary, Xi Jinping

to defend the principle negotiated with the British in 1997. Such

After the wind and the rain, the people of Hong Kong understood that the city could not sink further into chaos.

(…) We hope Hong Kong compatriots will vigorously uphold patriotism and love for Hong Kong, as well as common values ​​consistent with the 'one country, two systems' policy

Xi Jinping had not returned to Hong Kong since the

20th anniversary of the handover

It is also his first outing from mainland China in 900 days, this return comes to celebrate the bringing to heel of the special administrative region, in the face of the “chaos” of the

, where a majority of Hong Kongers had opposed in Chinese power.

”, but with Chinese characteristics.

The Chinese number one also attended the renewal of the Hong Kong executive and the swearing in of John Lee.

The new chief executive then lowered his head in front of the Chinese number one to greet him.

Same thing for all members of the Hong Kong government, all described as "

Recent reforms to the voting system aimed at ensuring that only "

" can stand before voters have been strongly criticized by freedoms defenders in Hong Kong, but also by many foreign capitals.

Before resuming his train for the mainland, Xi Jinping once again defended this decision "

" and which stifles any form of protest.

►Also read: Patriotism and propaganda for the 25th anniversary of the handover of Hong Kong to China