Russia's new wave of robot attacks on large parts of Ukraine has several explanations, assesses Lieutenant Colonel Joakim Paasikivi. - It is likely that it has to do with Ukraine becoming an EU candidate, NATO summit and signals of arms deliveries. 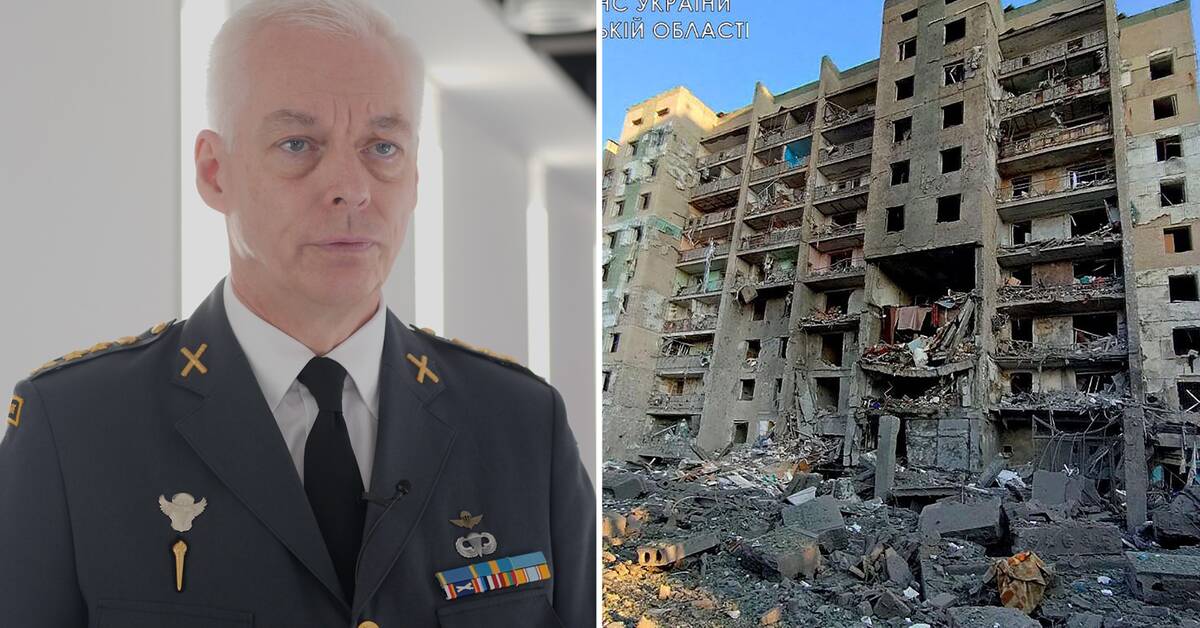 During the night towards midsummer day, six Russian bombers (Tu-22) and cruise missiles (Kh-22) flew from Belarusian airspace towards targets in the capital Kyiv in central Ukraine.

The city of Chernihiv in the northeastern part of the country was also attacked.

The robots are said to have been fired 50 to 60 kilometers from the territory of Ukraine, the Ukrainian military intelligence service stated on its Facebook page.

The new wave of robot attacks has been going on during the week when NATO had its summit in Madrid.

- I think that the Russian side is gathering everything: EU candidate, G7, NATO summit and other signals from the West.

They fear the American weapons and that there will now be weapons for a few billion - both from the United States and Great Britain, says Lieutenant Colonel Joakim Paasikivi.

Just before the robot attacks in the midsummer weekend, the United States had delivered the powerful rocket artillery system Himars to Ukraine and the White House had announced that the delivery would be doubled.

At the NATO summit, President Joe Biden said that the United States will also supply air defenses against attacking robots and deliver "offensive weapons" - without specifying.

When the summit was over, Russia carried out a new robot attack on a residential area near the million-strong city of Odessa on the Black Sea coast.

About 20 people are initially estimated to have been killed.

But I also think that they are aiming for civilian targets because they want to break the Ukrainian will to resist.

They have not succeeded in that either, says Joakim Paasikivi.

Shopping mall with thousands of people

Earlier this week, a shopping center in Krementjuk in central Ukraine was attacked.

At least 18 people were reported dead in less than a day.

1,000 people are believed to have been in the building.

Russia has also carried out robot attacks on the Lviv region, which borders Poland and NATO.

Lieutenant Colonel Passakivi says that Russia does not use as many of their most modern robots - Caliber and Iskander - as they used at the beginning of the war.

The latest attack in Krementjuk used naval target robots from the 70s (X-22).

They have poorer precision, according to Paasikivi.

- It may indicate that you want to save on these more modern precision weapons.

But not even them have had great precision.