After the demonization, the National Rally opens the normalization page

The sequence of legislative elections and the establishment of the new National Assembly was marked by a new stage in the strategy of the National Rally, which now wishes… 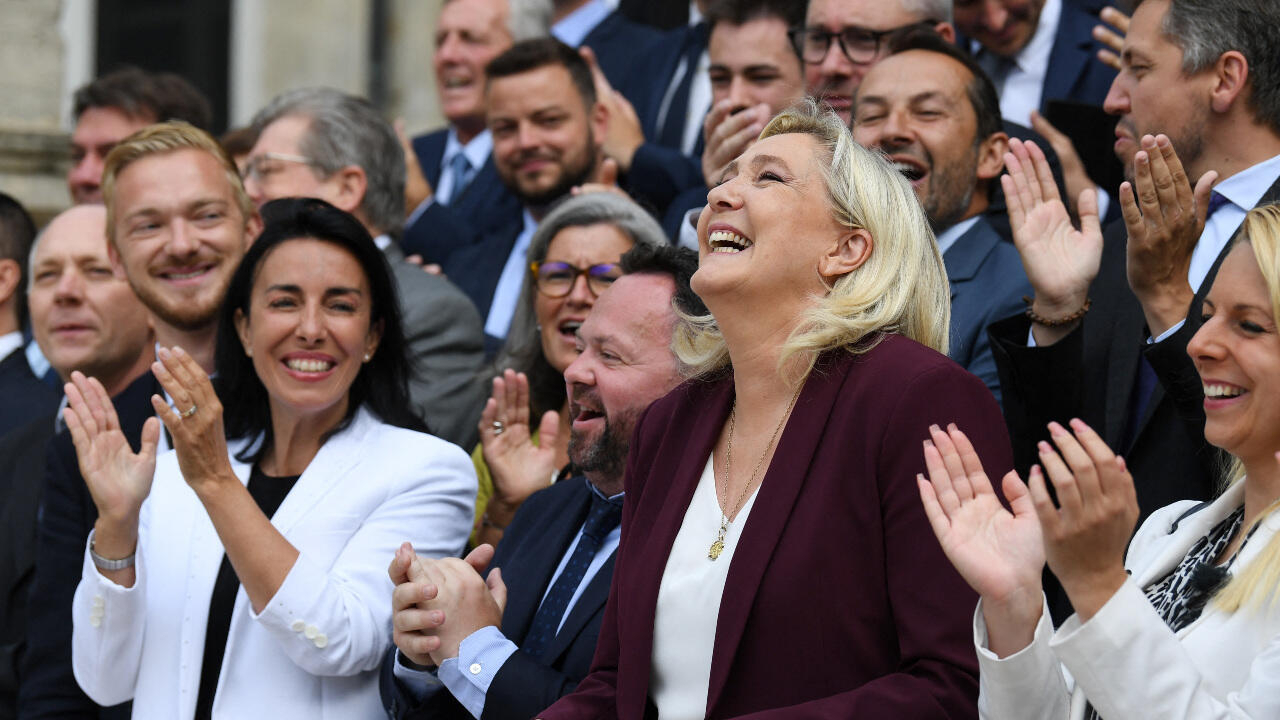 Little by little, Marine Le Pen and the National Rally (RN) are getting closer to their goal.

With 89 deputies elected on June 19 and two posts of vice-president of the National Assembly obtained by Sébastien Chenu and Hélène Laporte, the National Rally has almost become in a few weeks a party like the others.

A spectacular development when we remember that barely two months ago, during the between-two rounds of the presidential election, Emmanuel Macron called on voters to vote for him in order to block the far right. .

In the meantime, the RN has conducted a low-noise and grassroots campaign in view of the legislative elections.

A paying strategy which, combined with the death of the Republican front in the second round duels between the RN and Together or the Nupes, allowed the election of 89 deputies.

>> To read: Legislative: the death of the Republican front allows a historic breakthrough for the National Rally

"An additional step in our accession to responsibilities is now complete. A new era is dawning for us. Everything is beginning," said the interim president of the National Rally, Jordan Bardella, on June 23 during a press conference.

The Rassemblement National will fully play its role in this upheaval of French political life.

With 108 parliamentarians, our movement is undeniably changing in size.

An additional step in our accession to responsibilities has been accomplished.

It is now a matter of normalizing, even institutionalizing.

The watchword was dictated on the evening of the second round of the legislative elections by the former candidate for the Élysée: "We will embody a firm opposition, that is to say without collusion, but a responsible opposition, it that is to say respectful of the institutions and always constructive because our one and only compass is the interest of France and the French people”, launched the deputy of Pas-de-Calais on Sunday June 19.

"Show that RN can govern"

This is how the RN claimed the positions to which it felt it was entitled as the main opposition group, ahead of the 75 deputies La France insoumise (LFI) – but behind the 151 deputies combined of the New People's Ecological and Social Union. (Nupes) of which LFI is a part.

A goal partly achieved since, if Jean-Philippe Tanguy failed to be elected at the head of the finance commission, Sébastien Chenu and Hélène Laporte, on the other hand, were indeed elected vice-presidents of the National Assembly, with the voices of deputies of the presidential majority moreover.

"This is a new step for Marine Le Pen, who finds an unexpected platform in the National Assembly. For her, it is now a question of making her group the showcase of a party that wants to show that it can then govern. that the French are not convinced of it. And in doing so, to persuade the voters that it does not represent a danger for democracy", explains political scientist Jean-Yves Camus, specialist in the far right, co-director of the 'Observatory of political radicalism at the Jean-Jaurès Foundation.

>> To read: A rejuvenation of the National Assembly carried by the Nupes and the RN

This notably involves the symbols and a far-right party label that Marine Le Pen would like so much to get rid of.

The latter thus asked the office of the National Assembly that her group not be placed at the right end of the hemicycle, but rather to the left of the deputies Les Républicains (LR), according to AFP.

This could jump if she managed to convince the LR electorate to trust her.

Hence her accusations against the deputies Les Républicains who, according to her, made possible the election of the rebellious Éric Coquerel to the presidency of the finance committee: "The most sectarian and most radical far left was elected to the head of the Finance Committee thanks to the right, which once again showed cowardice. I am convinced that their voters will not forget this new betrayal", she tweeted Thursday, June 30.

The “LRs” bear full responsibility: they had the possibility of doing otherwise.

"The challenge of this mandate will be to be credible"

Gaining credibility in the eyes of the right-wing electorate will also go through the activity of RN deputies at the Palais Bourbon.

"The parliamentary work of RN deputies will be particularly scrutinized, judge Jean-Yves Camus. This is mainly done in committee with elected officials who specialize in certain subjects by being very diligent and very serious. However, work in committee If you are useless or if you do nothing, it shows. This is a major issue for Marine Le Pen because if her deputies are not at the level, her opponents and the press will not fail to point it out. underline."

“With 89 deputies, we will be able to work properly, assures the MEP for the National Rally Thierry Mariani, former elected official and LR minister, who joined the RN in 2019. We will have collaborators to prepare the texts, speaking time, parliamentary niches which will allow us to provide real parliamentary work. The challenge of this mandate for us will be to be credible and to prove that the RN is not a danger, but an opportunity.

>> To read: Diversity: "The Assembly is gradually getting closer to the France we meet in the street"

For Thierry Mariani, being a constructive opposition, as Marine Le Pen wishes, involves opposing government texts by proposing "realistic things" instead and avoiding "unnecessary obstruction" by tabling thousands of amendments. .

La France insoumise is not mentioned but is clearly targeted: it is for the RN to take the opposite view of LFI.

While waiting to see its elected officials at work, the RN can count on a presidential majority for whom the "cordon sanitaire" formerly established between Republican parties and the far right seems forgotten.

Between the strategy of Together, during the legislative campaign, to return back to back the Nupes and the National Rally, the declarations of certain representatives of the macronie like the Minister Éric Dupond-Moretti saying he is ready to work with the deputies RN or even the assertions of elected Renaissance officials like Éric Woerth preferring to see the presidency of the finance committee fall into the hands of the RN rather than those of LFI, several dikes have fallen in recent weeks.

Proof that the party created by Jean-Marie Le Pen is indeed changing status.