XV of France: with a Lucu-Jalibert hinge against Japan?

The XV of France should start with the usual hinge of Bordeaux-Bègles, formed by Maxime Lucu and Matthieu Jalibert, for the first test match of its tour in Japan, Saturday in Aichi. 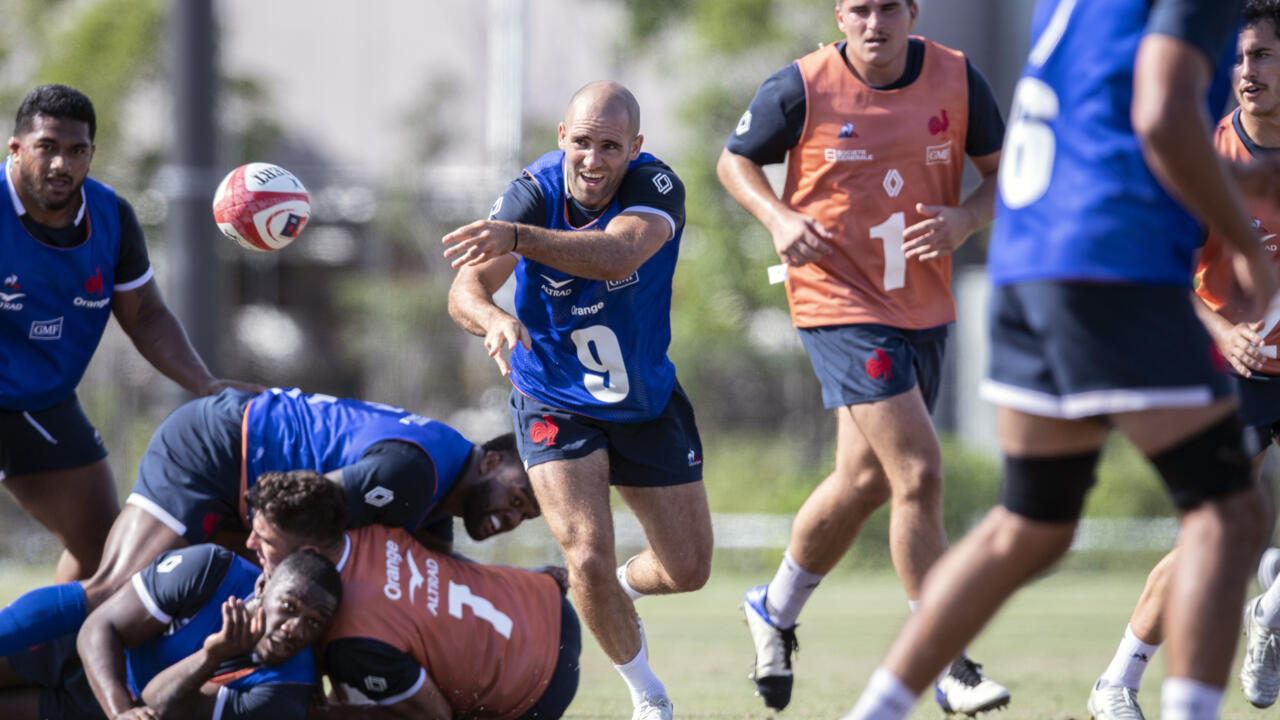 Jalibert (23, 15 caps), absent through injury during the 2022 Six Nations Tournament, should thus play his first match in Blue since the victory against the All Blacks (40-25) in November.

Regarding Lucu (29, 7 caps), this would be his first tenure after seven appearances off the bench, each time as a replacement for Antoine Dupont.

The Toulouse scrum half, left to rest for this tour like many winners of the Tournament, will rightly be replaced in his role as captain by Charles Ollivon (29 years old, 23 caps).

Matthieu Jalibert in training with the XV of France in Urayasu, Japan, on June 29, 2022 Charly TRIBALLEAU AFP

The third line of Toulon, absent since a defeat against Scotland (27-23) in March 2021 due to a knee injury, will find the Blues as well as his status as captain.

The Racing 92 player, who will live his first cape, should be one of the two newcomers, in addition to the second line of the UBB Thomas Jolmes (26 years old, 0 caps).

For this first match of the tour, the staff of the Blues seems to have opted for the executives who were taken in their luggage since the winger of Clermont Damian Penaud (25 years old, 32 caps.), the rear of Perpignan Melvyn Jaminet ( 22 years old, 11 caps) or the center of Racing 92 Virimi Vakatawa (29 years old, 30 caps) should start.

The third line Charles Ollivon in training with the XV of France in Urayasu, Japan, June 29, 2022 Charly TRIBALLEAU AFP

In total, ten of the twenty-six authors of the Grand Slam this winter (Lebel, Flament, Cretin, Moefana, Mauvaka, Lucu, Bamba, Penaud, Gros, Jaminet) should appear on the score sheet.

The Toulouse winger Matthis Lebel, subscribed to the bench in the France team, should know his second tenure in Blue.

"I've been in contact with the group for a while. The dialogue with the staff has always been clear: I train as best I can while waiting for an opportunity. There are players in place and it's not n I'm in my place," the 22-year-old told a press conference.

Lebel had his first of two caps against Georgia (41-15) in November before coming into play against Wales (13-9) in the Six Nations Tournament.

The XV of France, undefeated for eight matches, must face Japan twice, on July 2 and 9.