A video clip was spread on social media, which its publishers claimed was a "leak" of the former Quds Force commander, Qassem Soleimani, during a "secret meeting he gathered with elements of the Israeli intelligence." B 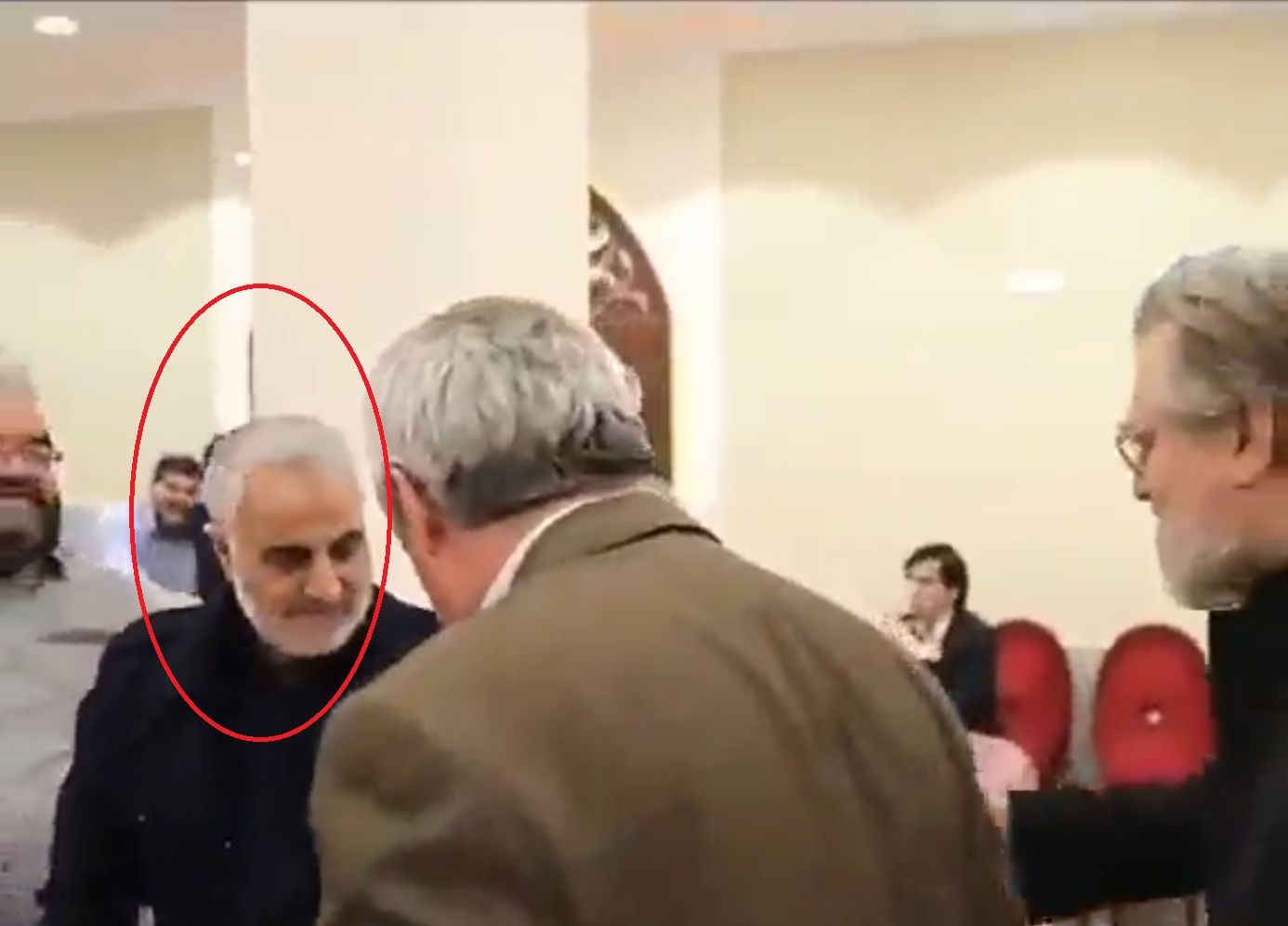 A video clip was spread on social media, which its publishers claimed was a "leak" of the former commander of the Quds Force, Qassem Soleimani, during a "secret meeting he gathered with elements of the Israeli intelligence."

But the video, in fact, was previously circulated by several Iranian news agencies and shows Soleimani's meeting with the Iranian director, Nader Talebzadeh.

In the video, a man with a white beard appears walking towards a table around which a number of people, including Soleimani, are sitting, and greets them.

And the comment accompanying the clip read: "After Israel lifted the secrecy from Iran... Soleimani's meeting with the intelligence of the Zionist entity is a leaked video."

However, several elements raise the suspicion that the video is "leaked", as the hall in which it was filmed appears prepared for an event, and a number of people appear to be sitting at separate tables.

The video was previously published on the websites of several Iranian agencies, which removes the suspicion of "leakage".

The comment accompanying the video, when it was first published, stated that it refers to Soleimani's meeting with the late Iranian director Nader Talebzadeh.

At the beginning of the clip, Talibzadeh is shown greeting the Iranian director, Ibrahim Hatami Kia.

Soleimani was killed on January 3, 2020, in an American strike by a drone in Baghdad.