The Marcos 2.0 era begins in the Philippines

Rodrigo Duterte could not leave the throne of the Philippines without taking out one last card he had in store against the brave journalist who has stood up to one of the characters... 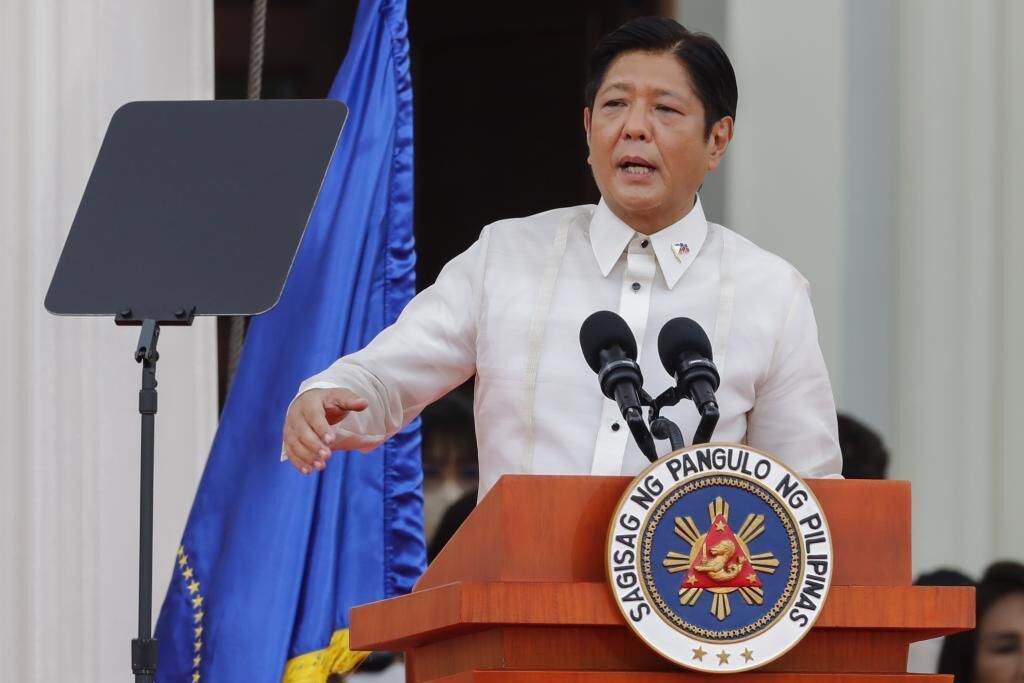 could not leave the throne of the

of the last decade.

at the helm, the government of the outgoing Duterte ordered the closure of the digital newspaper of the Nobel Peace Prize winner María Ressa.

inside the Philippines has been stoked for years by many media powers the leader had eating out of his hand.

he tried to silence them.

That happened with the

portal , founded by Ressa, always relentless in his defense of human rights and in his

, who managed on Wednesday, on his last day in office, to knock down one of the most solid speakers of the freedom of press in the Philippines.

The man who triumphed at home with his anti-drug slogan

is retiring from politics at the age of 77

, although human rights organizations They point out that many of the murders are

who fell in the hunt ordered by the former Philippine leader.

is leaving, but his name will remain at the forefront of politics.

, is the elected vice president who will accompany the new tenant of the Malacañang palace during the next legislature:

(64 years old), known as "Bongbong", who has been sworn in as the seventeenth

president of the Philippines

this Thursday at a ceremony at the National Museum in Manila in front of hundreds of local and foreign dignitaries, and

and soldiers deployed in the capital.

It so happens that

takes office on the 50th anniversary of martial law decreed during

golden years of the Philippines

the regime of his father

who voted for him throughout the archipelago with 7,600 islands.

avoiding electoral debates with other candidates.

The exultant mass that cheered

: the dictator looted the coffers of the State, cut costs in projects of construction,

abroad and maintained a warren of Swiss bank accounts, all to an estimated

, the Philippine Supreme Court was able to recover

Justice is still fighting in various lawsuits for another

that remain in the hands of the family of the man who will be president of the country for the next six years.

"I'm not here to talk about the past, I'm here to tell you about

. A future of sufficiency, even abundance, of readily available ways and means to do what needs to be done," said

, who inherits of its predecessor, in addition to the populist circulation, a rising economy, although with the threat of

and their disputes with China on the sea they share.

A day after winning the elections,

visited his father's grave in the family stronghold of Ilocos Norte, and issued a statement calling the

and meaning of true leadership.

has returned to power in the same country from which they fled by helicopter in 1986.

Marcos Jr's sister and a senator, said a few weeks ago that her brother's victory would allow the

of her family's name and legacy. .