Emmanuel Macron symbolically handed over the rotating presidency of the Council of the European Union to Czech Prime Minister Petr Fiala on Thursday, wishing him “good luck”, on the sidelines of the summit of… 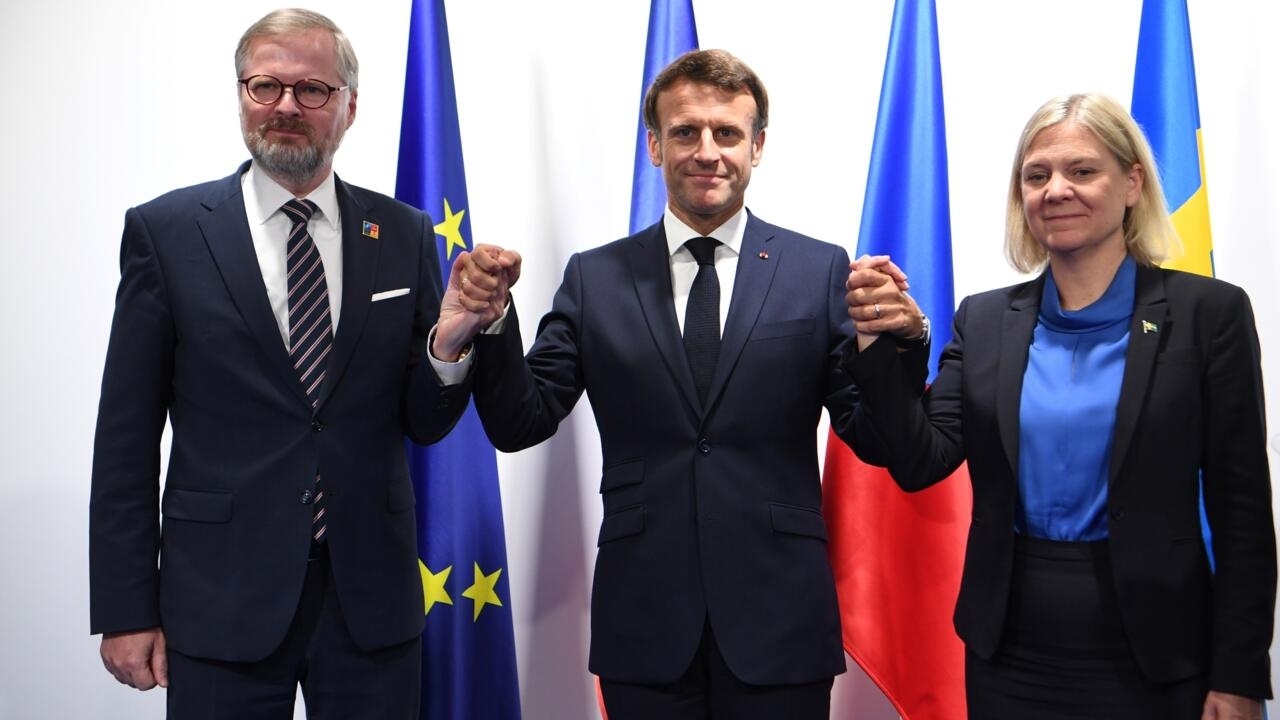 The Head of State clarified that the "last efforts" of the French presidency, which ends Thursday at midnight, were devoted to "finalizing" the agreement between Bulgaria and North Macedonia to allow the opening of negotiations of the latter country's accession to the EU.

"I am convinced that we have found a compromise solution", which "brings everyone security and predictability", he declared during a press conference.

According to a European source, this proposed agreement "responds to the concerns expressed by North Macedonia and Bulgaria".

“If accepted” by these countries, it would allow a breakthrough on which the EU has been working for more than two years”, commented this source.

The Bulgarian government confirmed on Wednesday, a few days after a vote in Parliament, the lifting of the veto on the opening of accession negotiations with North Macedonia, on the basis of the proposal by France, which is acting as mediator in this case.

Since 2020, the Bulgarian position prevented the launch of negotiations not only with Skopje, but also with Albania, the two candidacies being linked by the EU.

During a short ceremony organized at the end of the NATO summit, French Foreign Minister Catherine Colonna handed a baton in EU colors to her Czech counterpart Jan Lipavsky, saying that Europe was leaving of the "stronger, more sovereign and, I believe, more united" French presidency.

After the "useful" semester of the French presidency, "we still have a lot of work ahead of us", Emmanuel Macron then declared to Mr. Fiala, who praised "the excellent" results for the first six months of the year.

Swedish Prime Minister Magdalena Andersson, whose country will take over the rotating presidency on January 1, 2023, attended the ceremony.

On Friday, the Czech government will receive the European commissioners in a castle for talks, in this country of 10.5 million inhabitants which joined the EU in 2004.

Following Paris, Prague has promised to continue to put aid to Ukraine at the center of its presidency, from the refugee crisis to the reconstruction of the country at war, but also European energy security.