Faced with the energy emergency, Romania is counting on gas from the Black Sea

Invisible but precious: Gas from the Black Sea makes its way through a maze of brand new pipes, fueling Romania's hope of doing without Russian deliveries. 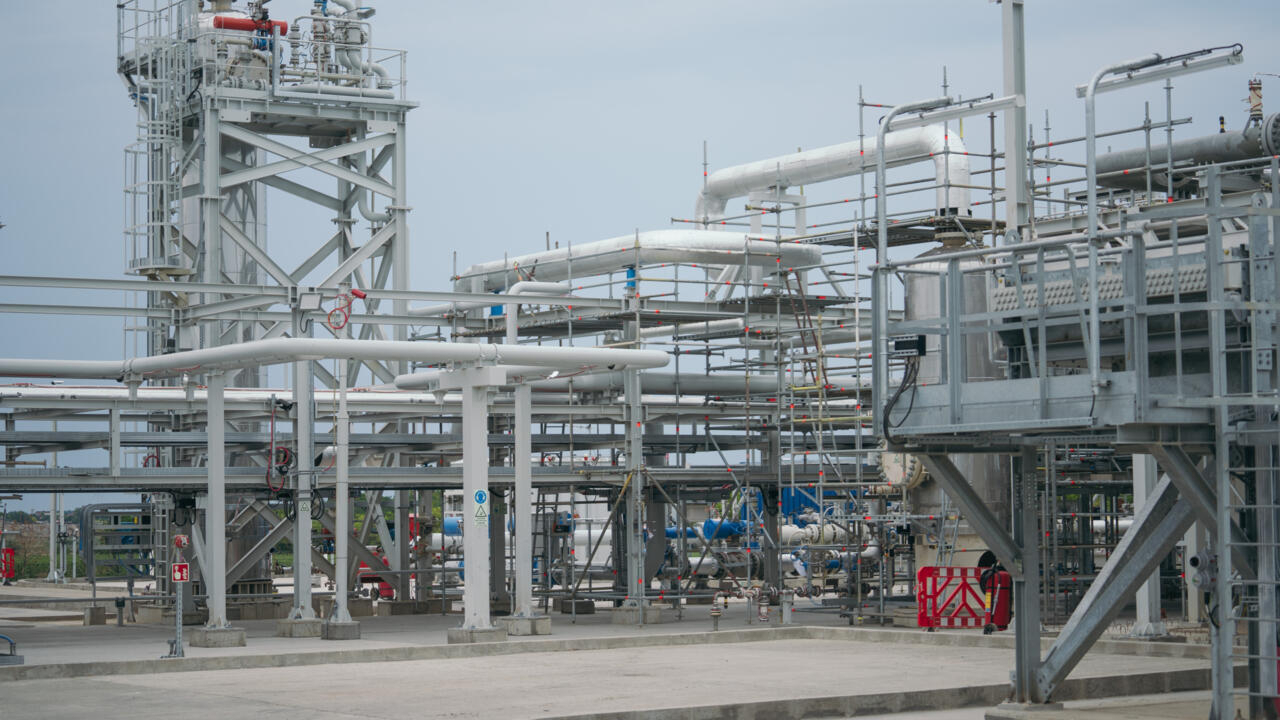 In Vadu (southeast), where a processing plant was inaugurated on Tuesday with great fanfare, Mark Beacom, CEO of the company Black Sea Oil and Gas (BSOG), does not hide the challenges of such an extraction, with the conflict in nearby Ukraine.

"There is certainly an impact: mines have been detected near our platform, planes and warships pass by," he worries.

But Romania is proud to set an example in Europe.

Prime Minister Nicolae Ciuca, who was on the trip, thus hailed "a decisive step to ensure energy security (...) at a time when international gas supplies are threatened by war".

Owned by the American Carlyle International Energy Partners and the European Bank for Reconstruction and Development (EBRD), the company began two weeks ago to tap into underwater deposits, the first project developed for 30 years in the sector. Black Sea Romanian.

Its drilling platform, the result of an investment of 400 million dollars, provides 3 million cubic meters of gas per day, or "10% of Romania's gas needs".

BSOG plans to operate for about ten years.

"Today, we are facing an emergency of security of supply. We must put our old devils in the closet and start producing locally", explains to AFP Thierry Bros, expert on energy and climate at Sciences PoParis.

"We must relaunch projects in the Black Sea, gas production in Norway, in the United Kingdom we must think of launching the production of shale gas and in France that of mine gas", he lists.

In this perspective of emancipation of Moscow, Mr. Beacom hopes that the "advanced" infrastructure put in place by his company will be used for future gas projects or the development of renewable energies in the Black Sea.

BSOG holds two concessions about 120 km from the Romanian coast, ironically part of which was granted to Bucharest in 2009 by the International Court of Justice (ICJ) in The Hague, ending an old dispute with Ukraine. .

An exception within the European Union, this Balkan country has significant reserves on land and at sea but still has to turn to Russia in winter to cover around 20% of its consumption.

If Romania estimates the offshore potential at 200 billion cubic meters of gas, investors want to be cautious.

The Austrian group OMV and its Romanian partner Romgaz, which has just taken over from the American giant ExxonMobil, have yet to decide whether they will go ahead with the Neptun Deep project, which would contain between 42 and 84 billion cubic meters.

Bucharest hopes that the two groups will launch extraction as early as 2026, which would allow the country to "become completely independent in terms of gas" and even export the surplus to its neighbors, according to Energy Minister Virgil Popescu.

The facilities of a gas processing plant in Vadu, Romania, on June 28, 2022 Andrei PUNGOVSCHI AFP/Archives

With the result a significant windfall for Romania, one of the poorest countries in the EU: a study by the audit firm Deloitte dating from 2018 put the revenue at 26 billion dollars in public revenue over a period of 23 years of operation envisaged.

After much procrastination, Parliament finally amended in May a law unfavorable to offshore investments, which had notably prompted ExxonMobil to withdraw from Neptun Deep at the end of 2021, after having invested around 2 billion dollars there jointly with OMV.

"If we want to win against the Russians, we need energy," said Mr. Bros, saying that the time when "energy was guaranteed" within the EU may be over.

"The impact on our way of life will be extremely important", he underlines, and if other solutions are not implemented, "our citizens, affected by inflation and the economic crisis, will turn away of Ukraine".