After major differences, Turkey is close to obtaining modern F-16 fighters from America

The administration of US President Joe Biden expressed its support for a possible sale of F-16 aircraft to Turkey, a day after the latter lifted its veto on Finland and Sweden's membership in NATO. 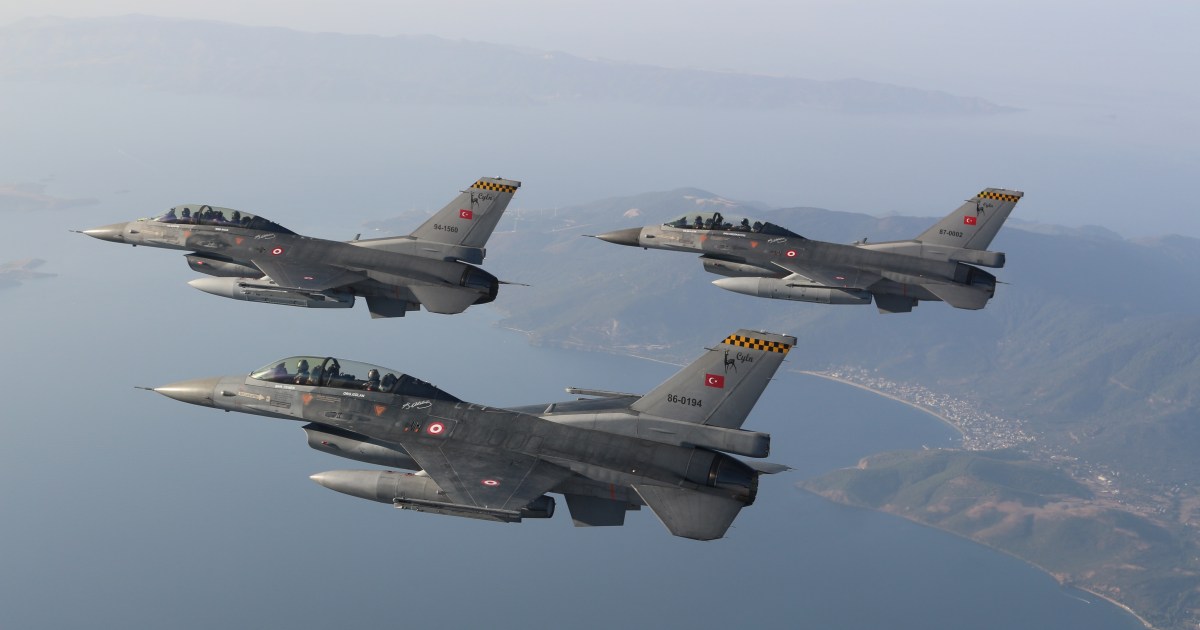 The administration of US President Joe Biden expressed its support for a possible sale of US F-16 aircraft to Turkey, a day after Ankara lifted its veto over Finland and Sweden's membership in the North Atlantic Treaty Organization (NATO).

"The United States supports Turkey's modernization of its fleet of combat aircraft, because this is a contribution to the security of the Atlantic, and therefore American security," she added.

"These plans are in the process of being prepared and must be pushed to the contracting processes," she said.

Turkey submitted an order to the United States in October to purchase 40 Lockheed Martin F-16 fighters, and nearly 80 modernization equipment for its existing warplanes.

Turkish presidential spokesman Ibrahim Kalin said that his country's priority with the United States is to stay in the F-35 fighter jet project, but it may compensate it with another option if it is unable to resolve the current dispute.

Kalin explained that if the problem of restoring Turkey's contribution to the F-35 project is not resolved, it can replace that by purchasing F-16 fighters and modernizing what Turkey already owns of this model.

Relations between the United States and Ankara were strained due to the S-400 air defense system that the latter had purchased from Russia, and Washington responded by excluding Turkey from the F-35 fighter program.