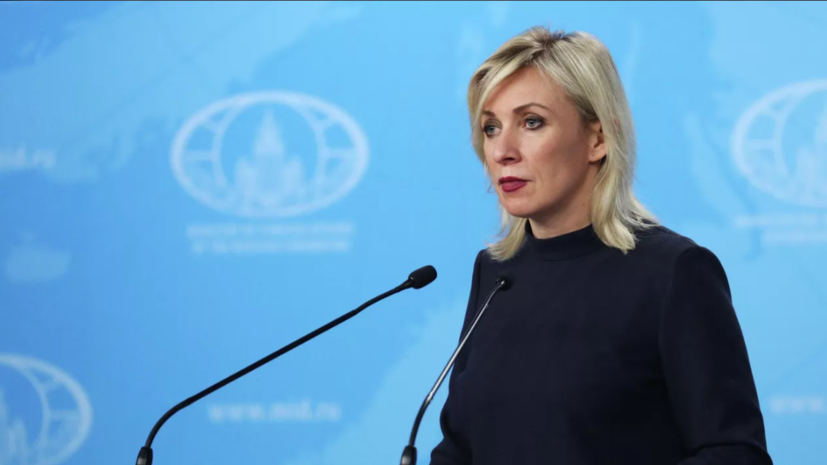 She wrote about it in Telegram.

“What is going on with the British government?

Why are they so turned on by the gender-sexual theme today?

Following his prime minister, British Defense Secretary Wallace, who recently talked to Vovan and Lexus, said that Maria Zakharova, who is clearly a woman, threatens to drop nuclear bombs on everyone every week.

Then he was carried away on the topic of sleepwalking, comedy and machismo ... ”, Zakharova said.

She also asked the British Minister to provide examples of her statements, which are described by Wallace.

“If you don’t want to be known to the whole world as a complete liar, give at least one example of how I “weekly threaten to throw nuclear bombs at everyone.”

Given that you will not find a single quote, I immediately accuse you of slander and spreading fakes, ”said the representative of the Russian Foreign Ministry.

“Russian women are still women for him, and not “people who have…”.

I take this opportunity to say hello to J.K. Rowling: she cannot be a woman, but I can be - Secretary of Defense Wallace himself allowed it.

British Minister Wallace previously claimed that Maria Zakharova every week "threatens to destroy everyone with a nuclear bomb or do something else," and also made insulting remarks about the Russian diplomat.

On June 24, the Russian Foreign Ministry recalled that no "nuclear threats" from Russia have ever been and never are.

Foreign Minister Sergei Lavrov also noted that the country is not playing with the topic of nuclear war.

The inadmissibility of nuclear war is Russia's principled position.