The agreement with Turkey is an important step towards Swedish NATO membership. This is the opinion of Prime Minister Magdalena Andersson (S), who also downplays concerns that the agreement could lead to more extraditions to Turkey. - If you do not engage in terrorism, you do not have to worry, she tells SVT News. 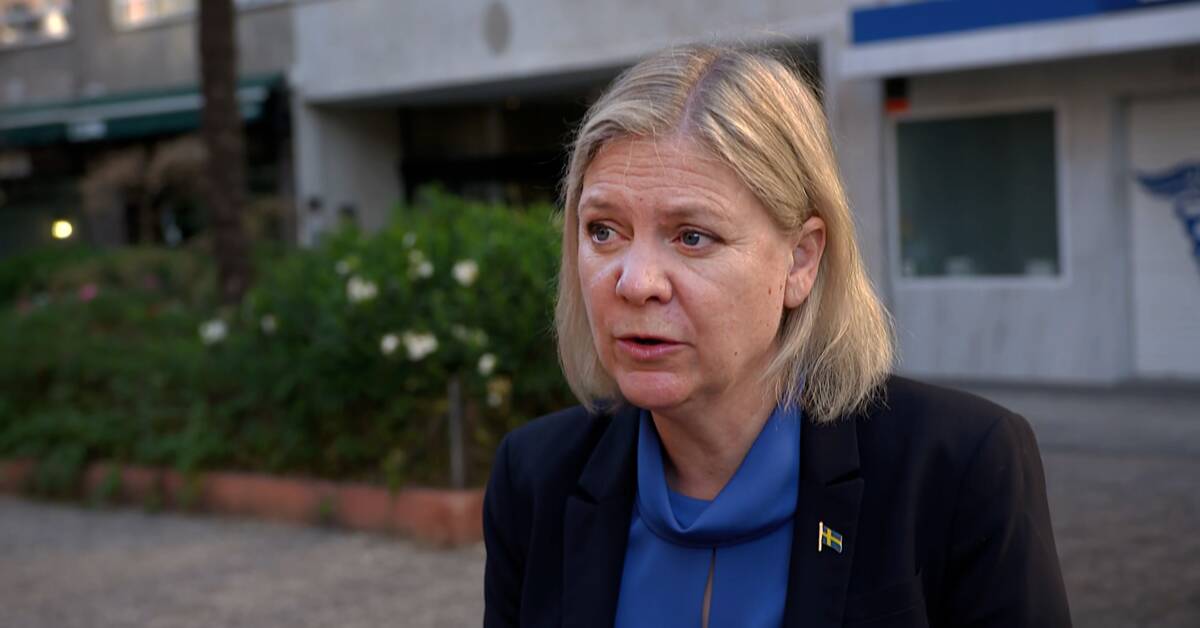 Turkey is abandoning its veto against Swedish and Finnish membership of NATO.

This means that Sweden can now receive status as an invitee to the military alliance.

Prime Minister Magdalena Andersson is pleased with the agreement with Turkey.

It was a big day for Sweden.

An important step into NATO.

It is something that strengthens Sweden's security, she says to SVT Nyheter's team Andreas Öbrink and Filip Huygens who are on site in Madrid.

The news came after a meeting lasting several hours between the leaders of Sweden, Finland and Turkey.

- It was very constructive.

If three parties are sitting in a room and want to agree, then you can also do so.

The historic decision to invite Sweden and Finland to join NATO will be made today, Secretary General Jens Stoltenberg announces.

- The process has gone faster than we have ever seen so far.

I do not think that any other process has taken so few weeks, from the membership application in mid-May, to now, says Stoltenberg, according to TT.

May change the view on arms exports

Magdalena Andersson believes that the agreement with Turkey will not change much in practice for Sweden, but that membership in NATO will change the view of arms exports.

- Swedish arms exports will be seen in a different light, but this applies to all NATO countries.

The countries have agreed that Finland and Sweden will address Turkey's pending requests for deportation of terror suspects "quickly and accurately with regard to information, evidence and intelligence from Turkey".

There have been concerns that extradition to Turkey will take place, but the Prime Minister wants to give a reassuring message.

- We always work according to Swedish legislation and if it is not the case that you engage in terrorism then you do not have to worry.