NATO: the United States strengthens its presence in Europe, Russia "not intimidated"

The NATO summit held in Madrid this year is dominated by the war in Ukraine. The conflict relaunched the Atlantic Alliance and led the organization to change its strategic concept, but… 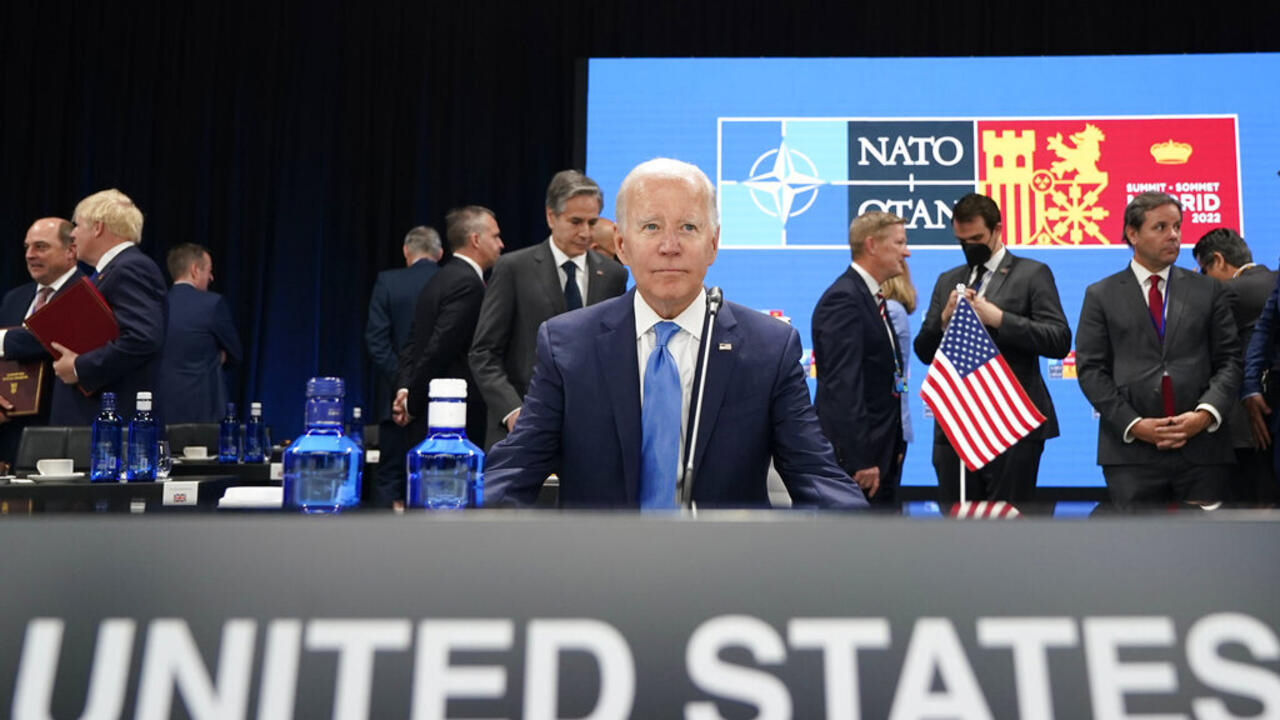 NATO: the United States strengthens its presence in Europe, Russia "not intimidated"

The NATO summit held in Madrid this year is dominated by the war in Ukraine.

The conflict revived the Atlantic Alliance and led the organization to change its strategic concept, but also to strengthen its system.

With our special correspondent in Madrid,

The United States is strengthening its presence on the old continent, as announced on Wednesday June 29 by American President Joe Biden.

During a summit of the military alliance, "

" according to him, he announced a reinforced presence of American soldiers and capabilities in Spain, Poland, Romania, the Baltic States, the United Kingdom, Germany and Italy.

The objective of this deployment: "

to strengthen their military positioning in Europe

respond to threats coming from all directions

", said Wednesday in Madrid the American president Joe Biden, without giving a figure on the number of soldiers involved.

This additional effort must make it possible to face the many challenges which arise in Europe, according to him.

If Vladimir Putin expected a weakening of NATO by attacking Ukraine, the opposite effect is happening.

There will be more NATO

”, and not less, explains Joe Biden in particular.

Madrid Summit, the many works of NATO

Shortly after that statement, Russia said it was "

" by the US president's announcement.

Those who propose such decisions have the illusion that Russia can be intimidated, in a way contained

: they will not succeed

There will be no results, not the results they expect from these efforts.

Ukraine renews its requests for support

The war in Ukraine occupied the whole morning of the thirty leaders of the member countries of the transatlantic Alliance who were meeting in conclave, with the participation of the Ukrainian president by videoconference from kyiv.

Volodymyr Zelensky is calling for more military aid, as he has been repeating since the beginning of the Russian offensive.

There is urgency, says Ukraine, because the situation on the ground is deteriorating day by day, even if the Russian troops are advancing slowly.

The Ukrainian president is calling in particular for modern artillery and financial support.

NATO Secretary General Jens Stoltenberg announces the establishment of a comprehensive assistance program for Ukraine to help it enforce its right to self-defence.

The details have not yet been revealed, but this aid for Ukraine is obviously not well received by Moscow.

The Russian Deputy Foreign Minister accuses NATO of aggressiveness towards Russia, and qualifies the enlargement to Finland and Sweden as “