Yaël Braun-Pivet, a lightning ascent to the perch of the National Assembly

The first woman to hold this position under the Fifth Republic, Renaissance MP Yaël Braun-Pivet was elected President of the National Assembly on Tuesday. 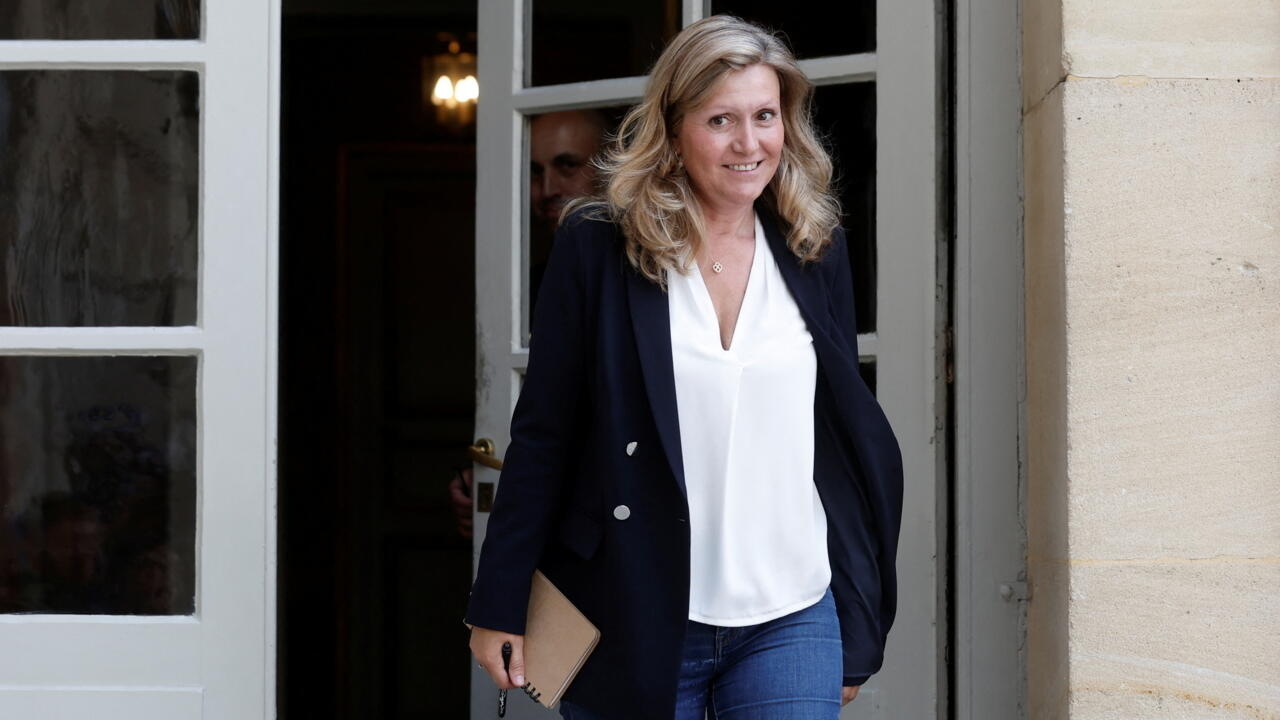 She is the first woman to access the perch.

A novice in politics five years ago, she had a slow start during the Benalla affair and then knew how to make allies – a necessity in the cauldron of the new Assembly.

To the opposition, the 51-year-old minister said, after the loss of the absolute majority in the legislative elections: "We will have to work together, we will have to seek majorities of ideas" and "We are all accountable for this action collectively ".

Yaël Braun-Pivet has since changed position, but not mission.

She left the government on Saturday, after only a month and five days at the Ministry of Overseas, which earned her the anger of several elected officials in these territories.

"I have held the helm in the face of crises, from terrorism to the pandemic"

In 2017, the neo-deputy was chosen for the law commission when the tradition was to appoint an experienced person.

Since then, the elected representative of Yvelines has become an essential figure at the Palais Bourbon.

"I held the bar in the face of crises, from terrorism to the pandemic", subjects of her commission, she argues.

And to praise her "new method of working, made of listening" and "co-construction", including with the oppositions of which she was able to make herself appreciated.

Women "must succeed in politics without imitating or adapting to a male model", judge Yaël Braun-Pivet.

A former criminal lawyer, this native of Nancy had put her "vocation" on hold to follow her husband, an executive at L'Oréal, seven years in Taiwan and Japan, and raise their five children.

Back in France, she became involved in Restos du Coeur, creating free consultations with lawyers and a reception center in the Yvelines.

His membership of En Marche – after having “always voted PS [Socialist Party]” – is an “extension”: “in action, without remaining on postures”.

His first steps had earned him a trial "in amateurism" from the opposition but also from elected representatives of the majority.

However, it was then able to make its mark with collective field visits, in particular to around thirty penitentiary establishments.

Until the summer of 2018 when it was a cold shower: the commission of inquiry into the former collaborator of President Alexandre Benalla, of which she was co-rapporteur, exploded after the withdrawal of the opposition.

Several deputies accuse Yaël Braun-Pivet of "protecting" the Elysée, the rebellious Alexis Corbière qualifying it as "Benalla of the National Assembly".

Target of anti-Semitic threats and sexist insults on social networks, Yaël Braun-Pivet will say a few months later that his "position was untenable from the start".

"It's not my thing to be boring and authoritarian"

If her human qualities – “warm”, “not twisted” – are welcomed, she is sometimes criticized for being too “nice”.

"It's not my thing to be boring and authoritarian," replies Yaël Braun-Pivet.

This descendant of "Slavic, Polish Jewish and German Jewish immigration, with grandparents who entered France on tourist visas" in the 1930s prefers internal debates to public arm wrestling.

Stubborn, Yaël Braun-Pivet made a strong commitment in 2021 in favor of Olivier Falorni's bill authorizing euthanasia.

It also sought to move forward in the renovation of democratic life.

The deputy has also never hidden her ambitions in macronie, presenting herself in 2018 for the perch before withdrawing her candidacy against Richard Ferrand who, she had however said, "does not embody renewal".

"She is taking her revenge", slips a government source, while Richard Ferrand was beaten at the polls.

"There is no need to brandish fears" in France, she assured then.