Trump's help reveals the scenes of the storming of Congress

A senior official in the administration of former US President Donald Trump revealed the scenes of the events that preceded the storming of Congress last year, saying that Trump wanted to drive the presidential car and join the crowds supporting him. 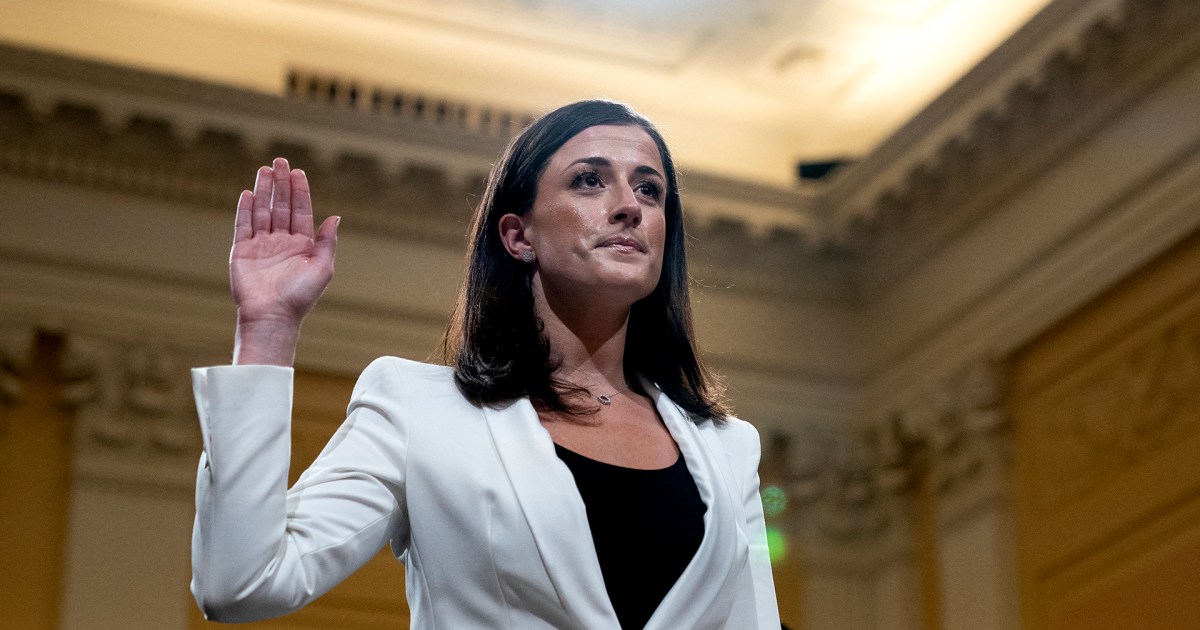 The assistant chief of staff of the White House during the era of former US President Donald Trump revealed the scenes of the events leading up to the storming of Congress on January 6, 2021, saying that Trump wanted to drive the presidential car by force and join the crowds that were trying to obstruct the ratification of members of the Senate and House of Representatives on the election results. Trump lost the presidency to his Democratic opponent, Joe Biden.

This came during the sixth session of the sessions of the investigation committee into the events of the storming of Congress, in which Cassidy Hutchinson, the former assistant chief of staff to the White House, spoke about the scenes of the events that preceded and followed the day of the storming.

Hutchinson confirmed during her testimony that the former president refused to ask his supporters to withdraw from the Capitol building after they stormed it, noting that she participated with White House attorney Pat Cipollone in an attempt to pressure White House Chief of Staff Mark Meadows, to persuade Trump to invite his supporters to leave the building. Capitol.

Hutchinson also revealed that Meadows was among those who requested a pardon from Trump before leaving office, after he appeared to be on his way to losing the presidential election.

trying to drive a car

Interestingly, the former official confirmed that Trump tried to drive himself instead of the driver of the presidential car, when his security escorts refused to take him to the Congress building, where his supporters were rioting, in an effort to join the crowds, adding that his advisor Pat Cibuloni said that the former president's accession To his supporters heading to the Capitol, he might get him into legal trouble, before warning everyone, "We will be charged with every imaginable crime if we allow that to happen."

Hutchinson reported that Secret Service officers insisted that Trump return to the White House and not join his supporters who stormed the Capitol building, where lawmakers were meeting to certify the victory of his opponent, Democratic President Joe Biden.

But Trump quickly denied what was stated in his former official's testimony about his attempt to drive the presidential car by force, and wrote on "Truth Social" - which is his social networking application - "Her false story that I tried to force the White House car to the Capitol, is a nauseating and deceptive story." ".

Hutchinson also made other sensational confessions, where she said that Trump and some of his top aides were aware of the possibility of violence before the attack, contradicting information that indicated that the storming was spontaneous and had nothing to do with the administration.

On the other hand, Liz Cheney, deputy chair of the investigative committee, said that the committee received reports from the police that participants in the pro-Trump rally in "Elipse Park" had knives, tasers, pepper spray and sharp objects that could be used as weapons.

The recorded communications between the police, which were broadcast during the session, showed that others outside the gathering were in possession of firearms, including semi-automatic rifles.