Tragedy at the US border... 46 bodies found in trailer in scorching sun

On the afternoon of the 27th, a body was found in a pile in a large trailer parked on the southwestern outskirts of San Antonio, Texas, USA, the Associated Press reported. Fire officials said 46 bodies were identified in a trailer next to the railroad tracks. 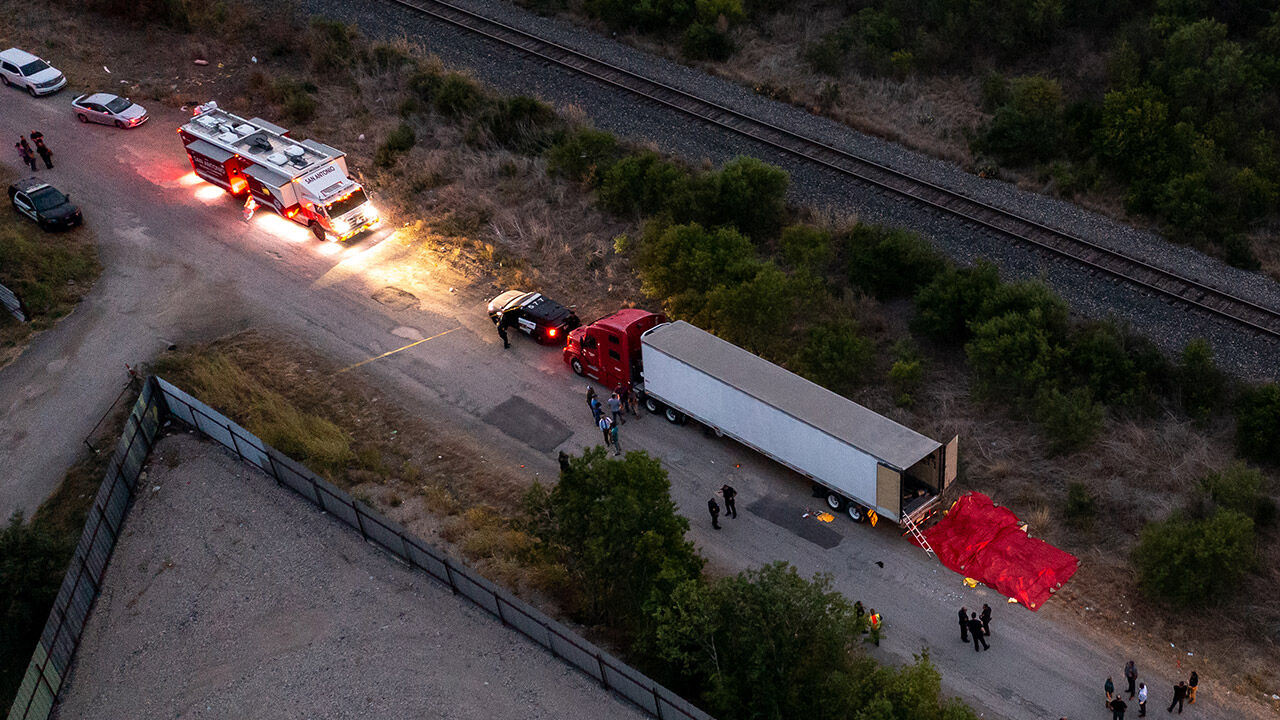 On the afternoon of the 27th (local time), the Associated Press reported that a body was found in a large trailer parked on the outskirts of southwestern San Antonio, Texas, USA.

Fire officials said 46 bodies were identified in a trailer next to the railroad tracks.

The cause of death is not yet known, but the temperature in San Antonio reached 40 degrees Celsius on that day, raising the possibility that he suffocated in the high temperature in the trailer.

Excluding the dead, 16 people, including four children, were transported to a nearby hospital due to heat illness.

Fire Chief Charles Hood said the bodies were hot to the touch, dehydrated and no drinking water was found inside the trailer.

Police Chief William McManus said those in the trailer were believed to be migrants trying to smuggle into the United States.

San Antonio is located in southern Texas on the border with Mexico.

The U.S. Department of Homeland Security (DHS), which controls immigration, has launched an investigation.

Police arrested three people in connection with the incident and are looking into links to human trafficking.

Mayor Ron Nirenberg said the dead "look like whole families looking for a better life" and "a terrible tragedy."

Local broadcasters in San Antonio said they are believed to be illegal immigrants who crossed the Mexican border into the United States, but the exact identity is being investigated by the police.

"I think there were 100 people in the trailer," a police officer told local media.

Foreign media, including the New York Times (NYT), described the incident as one of the worst deaths related to migrants from Mexico to the United States in recent years.

Trailers emerged as a new means of smuggling in the early 1990s when US authorities tightened crackdowns in places like San Diego, California and El Paso, Texas.

In such a vehicle, the internal temperature rises significantly under the scorching sun, making it easy for occupants to be left at risk.

The trailer in question was a refrigeration vehicle, but there was no sign that the refrigeration unit was working, fire officials said.