Tour de France: in Denmark, cycling in the DNA

Eager to welcome the start of the Tour de France on Friday, Copenhagen sees it as an opportunity to promote its deep cycling culture: here, as in many Danish cities, bicycles are essential… 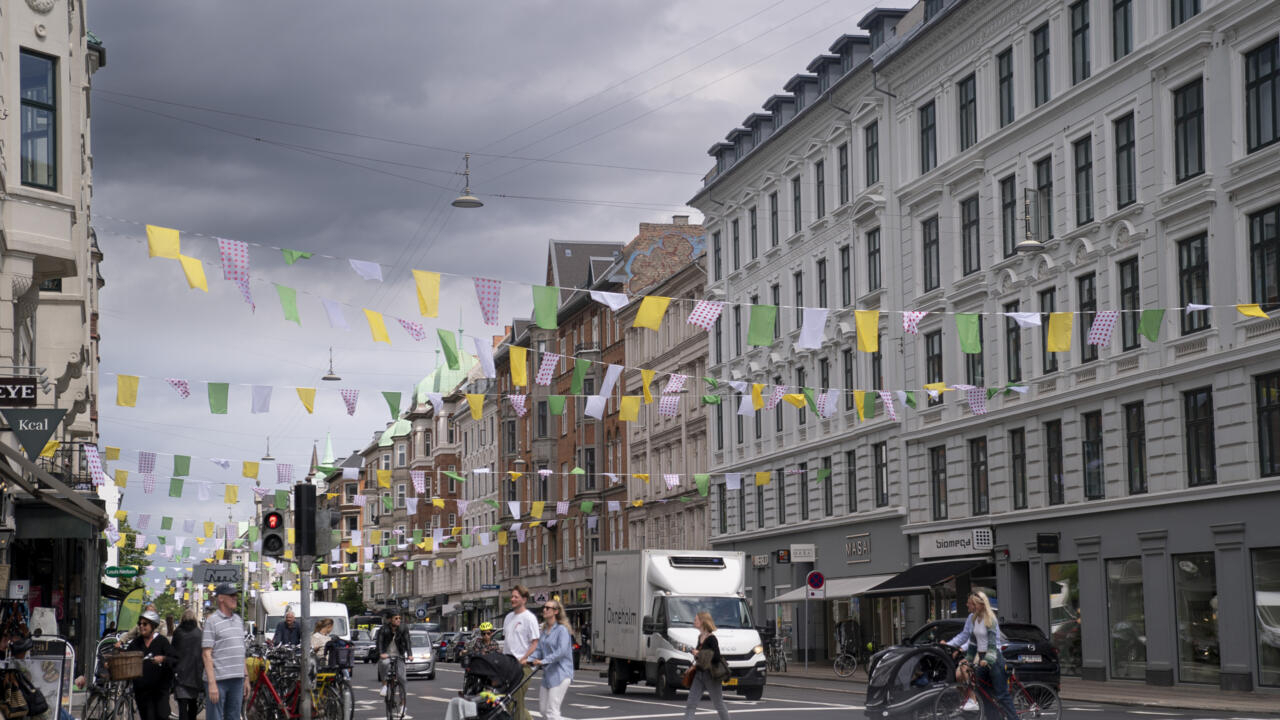 "In Denmark and Copenhagen, cycling is more than a mode of transport from point A to point B, it's part of our DNA," the city's mayor told AFP. , Sophie Haestorp.

"Last year we hosted the Euros in football and it was a huge party, everyone was outside. And I think it's going to be even bigger, except now it's going to be yellow and not just red. and white", savors the chosen one.

The streets of Copenhagen are adorned with the colors of the Tour, in a city that claims the title of world capital of the little queen.

Here, everything is made for the bike - there are moreover five times more than cars.

More than 100 million euros have been invested over the past fifteen years to facilitate two-wheeled travel, with 12 "motorways" exclusively devoted to cyclists and five dedicated bridges.

"A lot of people in Denmark take their responsibilities, for their own health but also for the climate. That's why we ride bikes," said the president of the Danish Cycling Federation, Jens Peter Hansen.

Nearly 15% of the daily journeys of the 5.8 million Danes are made by bicycle.

"It's the Danish mentality. We like to be independent," adds Mr. Hansen, who does not hesitate to drive up to a hundred kilometers to avoid the car.

"It's a small country, the distances are not important, there are no mountains so I guess that's why people find the bicycle a good means of transport", says- he to AFP.

For the authorities, the socio-economic benefits of cycling are exceptional.

In the capital, they estimate saving thanks to him 1 million days of work stoppage and making one billion crowns (more than 130 million euros) in savings annually.

According to figures from the promotional organization the Bicycle Embassy, ​​the morbidity of adults who use their bicycles daily is 30% lower than that of non-cyclists.

Yet Danes are cycling less than 20 years ago, a trend authorities hope to reverse with the Tour.

Denmark at the time of the Tour de France, as here the symbol of the yellow jersey in the village of Jutland, June 23, 2022 Mads Claus Rasmussen Ritzau Scanpix / AFP / Archives

"I think it's so inspiring to have the biggest cycling race here (...) when they see the professional riders, young children also want to get on their bikes," said Sophie Haerstorp.

The Grande Boucle has never gone so far north.

A reward also for the Danish passion for the Grande Boucle, followed assiduously each month of July.

"It's going to be a very big party," rejoices Christian, a 31-year-old cyclist.

The departure comes as the Danish cycling conscience has just been piqued by the former American ambassador in the country.

"In Denmark, the middle class cannot afford a car. They have a bicycle and take the train for long journeys," ex-diplomat Carla Sands tweeted in early June.

However, in this country considered the most "sustainable" in the world by the Environmental Performance Index, daily cycling has nothing to do with the average salary.

With nearly 6,000 euros monthly, Denmark is among the richest in the world according to the OECD.

The Danish village of Jutland vibrates for the Tour de France with the symbol of the yellow jersey on its territory, June 23, 2022 Mads Claus Rasmussen Ritzau Scanpix / AFP / Archives

"Every time I think about it, I start laughing. It's completely crazy," laughs Mr. Hansen.

"We are very proud of our cycling culture."

In addition to a time trial in Copenhagen, the 109th edition of the competition will cover 374 kilometers in Denmark, with two other stages.