At least 16 people have been killed and dozens injured in a missile attack on a shopping center in central Ukraine by Russia. During a video address at the G7 summit, President Zelensky condemned Russia and asked for help. 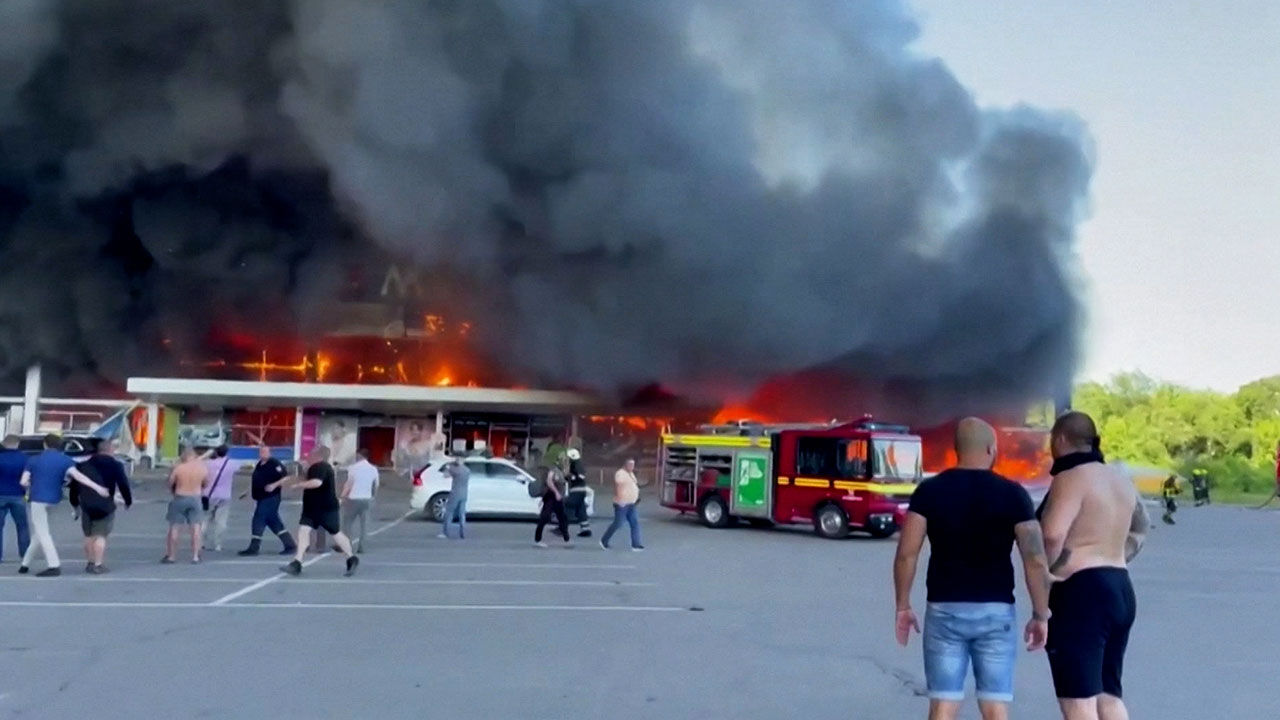 At least 16 people were killed and dozens injured in a missile attack by Russia at a shopping center in central Ukraine.

During a video address at the G7 summit, President Zelensky condemned Russia and asked for help.

A bright red flame burned in the building where only the skeleton remained, and black smoke filled the sky.

Firefighters spray water on the flames and diligently transport debris from broken buildings.

On the 27th local time, a missile from the Russian army fell on a shopping center in the industrial city of Kremenchuk in central Ukraine.

At least 16 people were killed and more than 50 injured, state officials said.

Ukrainian President Zelensky said the shopping center had more than 1,000 civilians at the time of the attack and criticized the Russian military for saying the area had no strategic value.

On the same day, the Russian army also launched a rocket attack on Lisichansk in eastern Ukraine, killing at least eight civilians.

In an emergency statement, the United Nations expressed strong concern about the attack on civilian facilities by Russian forces.

[Stephane Dujarric/United Nations Spokesperson: Shopping centers and civilian infrastructure of any kind, including civilians, should never be targeted.]

President Zelensky gave a video address to Ukraine's seven-nation summit in Germany. They appealed for safety guarantees and participation in post-war reconstruction work.

The leaders of the seven countries agreed to provide about 38 trillion won in government operating budget to Ukraine this year.