Macron: weapons supplied to Ukraine are not intended to attack other territories

French President Emmanuel Macron said that the G7 countries agree to supply the Ukrainian army with weapons "for defense, and not for attacking other territory." 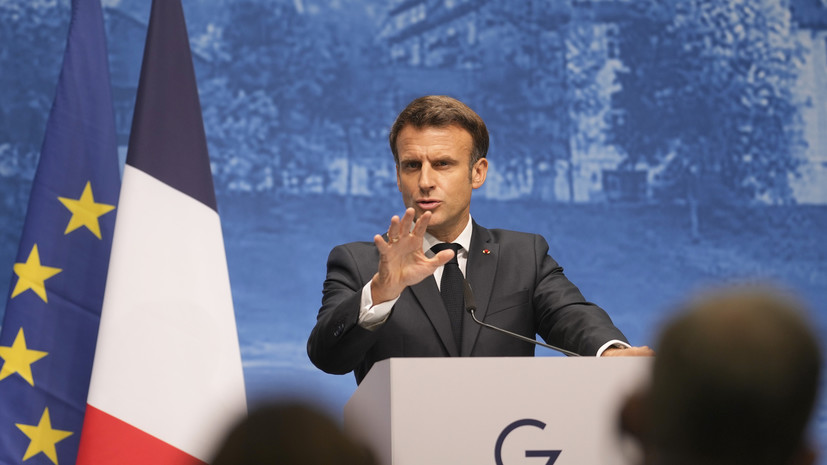 “All allies adhere to the same line - we supply weapons, equipment, ammunition to help Ukrainians defend themselves on their territory, and not to attack another territory,” he said at a press conference following the G7 summit, his words are quoted by RIA Novosti.

At the same time, Macron confirmed plans to supply the Ukrainian military with six more CAESAR self-propelled guns in addition to the 12 that were delivered earlier.

Macron then stated that he was striving to arm Ukraine "without crossing the red line" in order "not to be a party to the conflict."

In June, the French president decided to supply the Ukrainian army with six more CAESAR installations.

The DPR noted that the Armed Forces of Ukraine are using French artillery with a caliber of 155 mm to shell Donetsk.

According to Russia's Permanent Representative to the UN, Vasily Nebenzya, the actions of the EU have reached the point where European weapons are now killing civilians in the Donbass.