Ghislaine Maxwell, sentenced to 20 years in prison for being an accessory to the sexual crimes of Jeffrey Epstein

Ghislaine Maxwell (60) has been sentenced to 20 years in prison for her responsibility and collaboration in the perpetration of sexual abuse of minors by her ex-lover... 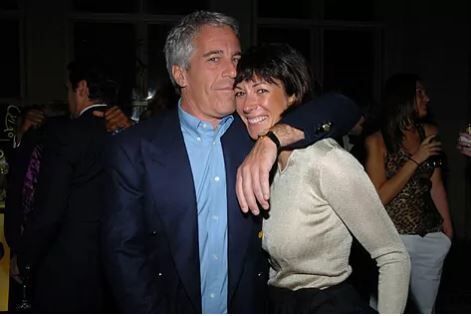 Ghislaine Maxwell (60) has been sentenced to

for her responsibility and collaboration in the perpetration of

by her ex-lover Jeffrey Epstein, who appeared hanged in a New York cell while awaiting trial for crimes of pederasty in 2019. "A sentence of 240 months is sufficient and no longer than necessary," said Judge Alison J. Nathan, who presided over the proceedings.

The 60-year-old of British birth, Maxwell was found guilty last December of five charges related to the trafficking of adolescents for sexual purposes in the decade between 1994 and 2004.

At Tuesday's hearing in

, he broke the silence he maintained during the original trial in an apparent

"Your honor, it is hard for me to address this court after hearing the

pain and anguish of the statements made today

," he said before acknowledging the "terrible impact" that the

"I wish with all sincerity... that this terrible chapter ends today," he

added, addressing the victims, both those who testified in the trial and those who were not called to testify or chose to preserve their anonymity.

"Hopefully this hearing will help you

travel from darkness to light

," he continued according to the

The prosecution requested a minimum of thirty years behind bars

who lost his life in waters near the Canary Islands in November 1991. He drowned in strange circumstances when He was sailing on the yacht he had named after the now-convict, Ghislaine.

Maxwell has been in pretrial detention

since his arrest at a New Hampshire mansion nearly two years ago, then suspected of procuring, cultivating and providing minors for Epstein's sexual gratification.

He did not testify in last year's trial, which resulted in guilty verdicts for "transporting a minor for the purpose of sex trafficking" and

"conspiracy in the sex trafficking of minors,"