“They don’t understand that you can’t joke with this”: Russia reacted to the statement about the “cut-off” of Kaliningrad

Former Latvian Interior Minister Maris Gulbis claims that the EU and NATO "sent a signal" to Russia about their readiness to "take back" the Kaliningrad region, limiting transit with the rest of Russia. The State Duma called this statement provocative. According to Dmitry Medvedev, Deputy Chairman of the Security Council of the Russian Federation, in the words of the former head of the Ministry of Internal Affairs of Latvia, there is a call for the start of a third world war. Meanwhile, Russian presidential aide Yury Ushakov stressed that Moscow is working on retaliatory measures to Vilnius' decision to cut off transit between Russian regions. 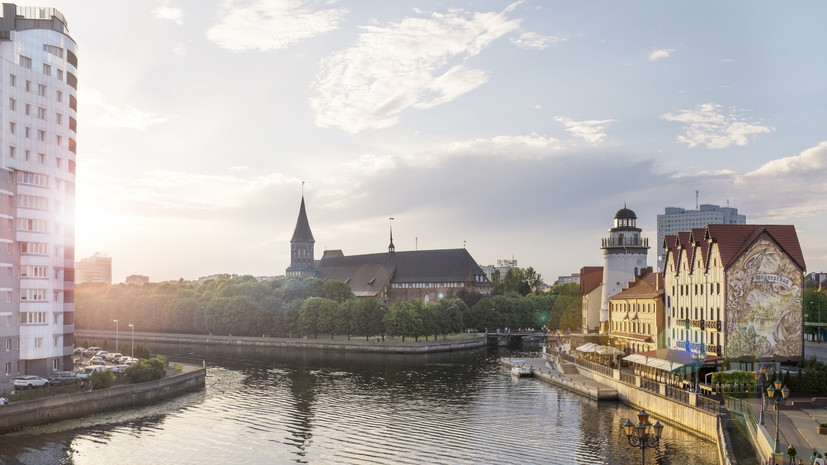 The words of the former Minister of Internal Affairs of Latvia, Maris Gulbis, about the readiness of the European Union and NATO to “take over” the Kaliningrad region are madness, Viktor Vodolatsky, First Deputy Chairman of the State Duma Committee on CIS Affairs, Eurasian Integration and Relations with Compatriots, told RT.

“Everyone understands that Russia will never allow anyone to encroach on our borders, on our territories.

Based on this, there will be no Baltic countries in the EU faster than the Kaliningrad region will go somewhere.

They don't understand that you can't joke about it.

When civil society is in a stressful, tense situation today, they try to maintain this background in order to distract their residents from the internal problems that are brewing there every day, every hour,” the parliamentarian said.

Maris Gulbis should organize a trip to Kaliningrad so that his statements about cutting off the region from Russia are listened to by the local military, State Duma deputy Oleg Morozov believes.

“This is, of course, a provocation and an encroachment on the territorial integrity of Russia.

Mr. Gulbis deserves investigative actions on a number of articles of the Russian Criminal Code.

It is necessary to put him on the wanted list and demand extradition.

You can also organize his trip to Kaliningrad with a tour of the military units.

So that our military personnel listen directly to his proposals for the annexation of Kaliningrad, ”said Morozov RT.

The day before, Maris Gulbis called the restriction of transit to the Kaliningrad region "the first step of Europe and NATO" to "cut off" the region from Russia, RIA Novosti reports.

In response, Deputy Chairman of the Security Council of the Russian Federation Dmitry Medvedev called Gulbis a "moron".

“There, some other idiot, a former minister from Latvia, sent a signal that NATO and the European Union were taking Kaliningrad from us.

He will come to himself - he will be afraid of every rustle at the door.

We have a good memory…” he wrote in his Telegram channel.

At the same time, in an interview with the Argumenty i Fakty newspaper, Medvedev indicated that Vilnius would face "very harsh" consequences of its decision to ban transit, on which the European Union "did not even insist, understanding the possible problems."

“There are many opportunities, a significant part of them are of an economic nature and are able to cut off the oxygen to our Baltic neighbors who have taken hostile actions,” the Deputy Chairman of the Security Council of the Russian Federation explained.

According to Russian presidential aide Yury Ushakov, the issue of working out Moscow's response to transit restrictions "is in motion," since such unfriendly steps "do not climb into any gates."

“When communication between the regions of the Russian Federation is blocked, we, of course, cannot leave this without an appropriate answer.

Now we will see what the situation will be in the coming days," TASS quoted him as saying.

Also on russian.rt.com “There is no set form”: the Kremlin reported on the study of options for responding to Lithuania on the blockade of Kaliningrad

Recall that at midnight on June 18, Lithuania stopped the rail transit of goods that are subject to EU sanctions to the Kaliningrad region.

The day before, Lithuanian Prime Minister Ingrida Simonyte said that Vilnius received a new document from the European Commission, which "contains a lot of ambiguities and creates additional problems."

In turn, adviser to the Lithuanian President Kestutis Budrys noted that consultations are being held with the EC on the basic principles for the transit of Russian cargo to the Kaliningrad region.

At the same time, a member of the European Parliament from Lithuania, Petras Auštrevičius, said that this week the European Union would publish a document "allowing the transportation of goods subject to sanctions through the EU territory in the direction from Russia to Russia."

Alla Ivanova, the head of the regional agency for international and interregional relations of the Kaliningrad region, said that decisions designed to regulate export-import relations between Russia and the EU should not affect “internal Russian interregional economic and logistical relations.”

“We are only satisfied with the return to the mechanism that existed before the 17th.

That is, non-dual-use goods should move freely from Kaliningrad and to Kaliningrad, ”added Dmitry Lyskov, head of the press service of the regional government, quoted by TASS.