"Gene Kelly and I": memoirs of "An American in Paris" on the radio

"I wanted us to sit with him on the sofa": Patricia Kelly, widow of Gene Kelly, delivers on France Musique this summer the unpublished audio memoirs of the star of "Singing in the rain" and "An American... 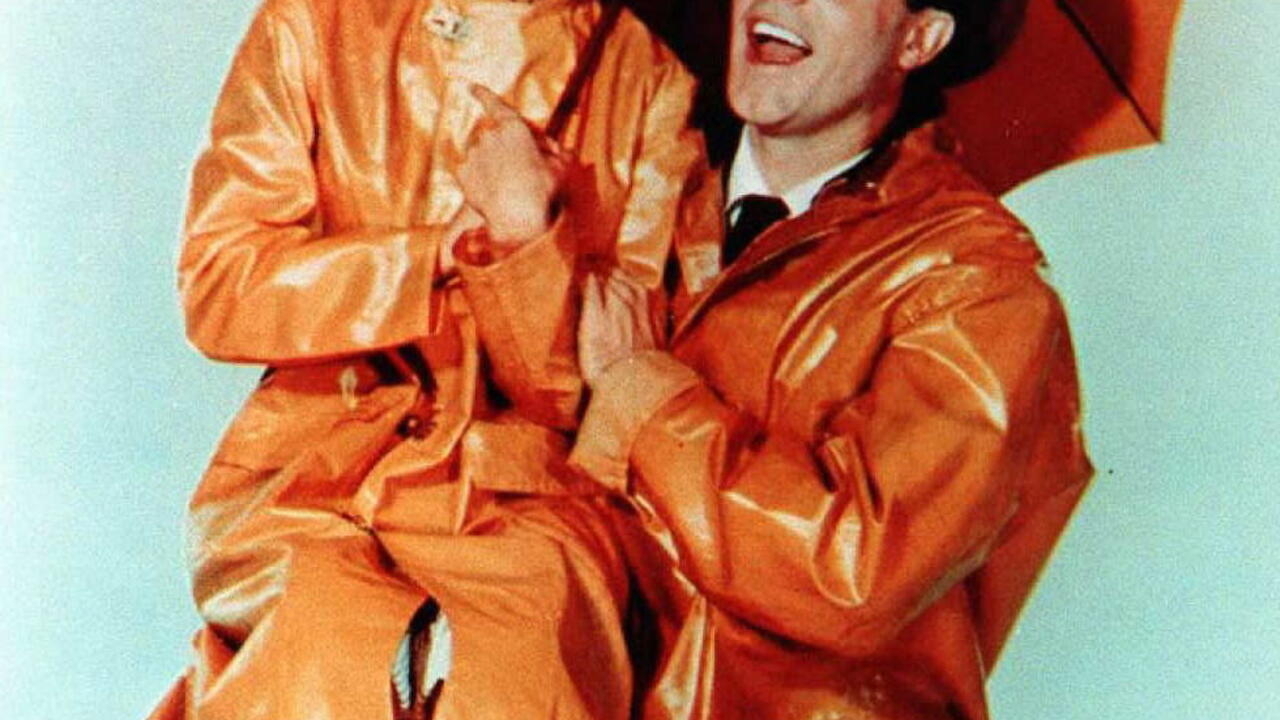 "Ice cubes in his vodka-tonic"

"I did not know him when we met, yes it seems incredible", "it is rare to marry his biographer": this is how, amused, Patricia Kelly evokes for AFP the ten years spent alongside this figure of the Golden Age of Hollywood.

She was 26 when she was asked to work with Gene Kelly, 73, on a documentary.

She will become his biographer and his last wife, despite the age difference.

Since the death of the artist in 1996, at the age of 83, having become his legatee, she did not know what to do with all the recordings where we hear "when he tells me his memories and what touched him, with the ice cubes clinking in his vodka -tonic, which he took in the evening in our living room".

"Three years ago, at a Christmas party, I met Marc Voinchet, director of France Musique. He spoke of Gene as Gene would have liked him to be remembered. I sat down and told him that I had those tapes and all of Gene's archives."

A collaboration was then born which led to "Gene Kelly and me", an event radio program of eight episodes (one hour each), every Sunday from July 10 to August 28, where the actor-dancer-director-choreographer tells his story.

"All roads lead to Paris"

"I realize that all roads lead to Paris, the people really connected to Gene's work are here", notes his widow, present in the French capital.

"Gene was the first American choreographer to create a ballet for the Paris Opera (+Pas de dieux+) and I had been waiting for 20 years to perform it when I met on the steps of the Paris Opera Christopher Hampson, at the helm of the Scottish Ballet".

This Scottish institution based in Glasgow recently took over the work.

And the Cinémathèque de Paris is offering a retrospective (June 29 - July 31) Stanley Donen, who will co-direct with Gene Kelly "Beau fixe sur New-York" or "Singing in the rain".

Patricia Kelly will open the retrospective on Wednesday and will present the "Singing in the Rain" session on Friday.

The guardian of the temple will perhaps confide in it that it was Gene Kelly who shaped the sung intro of the title track, "not planned like that originally".

"Gene loved Paris, he felt at home," says the sixty-year-old.

The one who had "learned French in high school" made "films in France, knew people in the French resistance, had close friends like Alexandre Trauner (famous film decorator), Jacques Prévert or Michel Legrand".

"In Accra, people were shouting D'Artagnan!"

A little-known facet, Gene Kelly was an instrument of American political and cultural influence.

"Gene was friends with John Kennedy, had campaigned for him, they were very close.

After he spoke French during an evening with Jackie Kennedy and Yves Montand, John had the idea of ​​making Gene a cultural ambassador for French-speaking Africa”, book Patricia Kelly.

Embarking on a tour under the aegis of the US State Department in West Africa, the artist also went to Ghana in 1964 (Kennedy had been assassinated a few months earlier, Lyndon B. Johnson was in charge), English-speaking enclave surrounded by French-speaking neighbors, for a tasty episode.

Here is Gene Kelly opposed in a funny diplomatic ballet to the asset that the USSR pulls out of its sleeve at the same time in Ghana, Valentina Tereshkova, first woman cosmonaut.

Verdict of the photos of the time: wide shots of the star in front of the crowd and tight shots of the cosmonaut surrounded by officials.