Wimbledon: Serena Williams, for yet another winning comeback?

Returns with fanfare, Serena Williams knows how to do: after injuries, illness, pregnancy, the American has always succeeded, until now, in becoming the patroness of the circuit again. But what about… 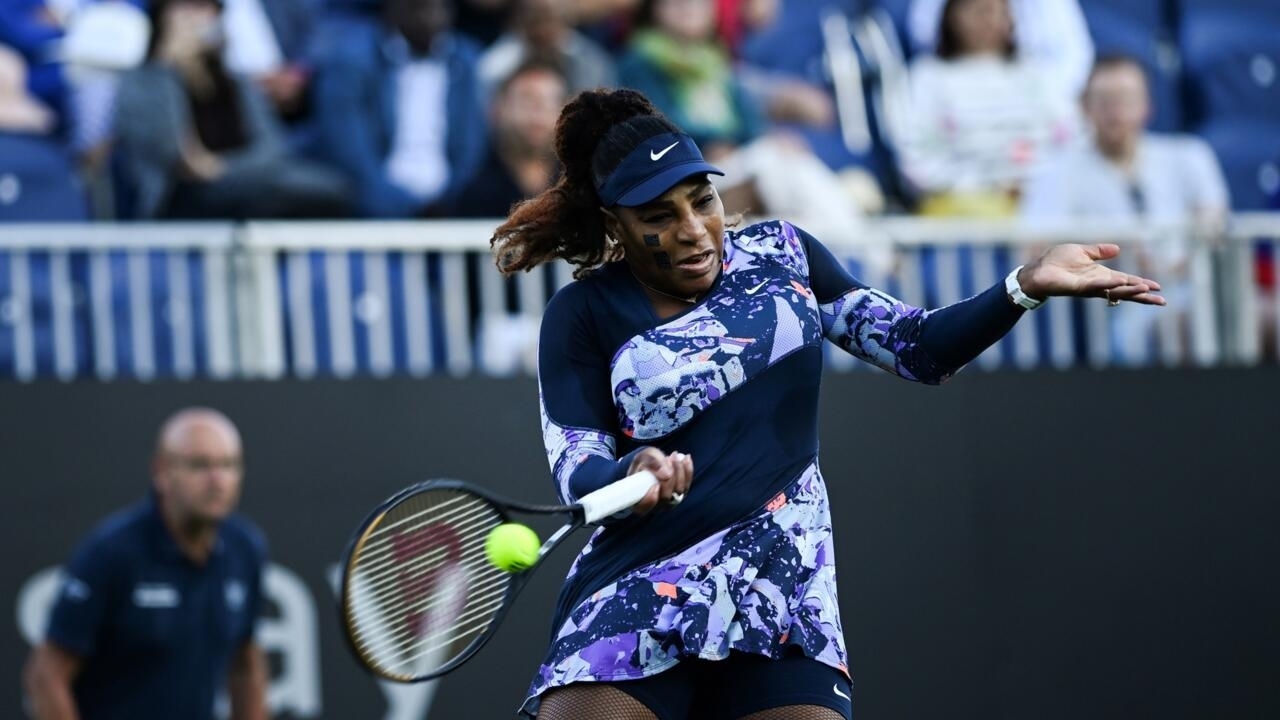 "I didn't retire. I needed to heal myself physically and mentally, I had no plans, it's just that I didn't know when I was going to come back and in what state I would be. will come back," said the player who left Center Court on a first-round retirement in 2021 due to a thigh injury.

If she won seven of her 23 Grand Slam titles there, and played four additional finals there, the former world No.1, now 1,204th in the WTA ranking, benefited from a "wild card" to participate in the Major. on grass this year.

After almost 12 months away from competition, Williams returned to the circuit through the back door, even by surprise, on Tuesday at the WTA 250 tournament in Eastbourne, in doubles with the Tunisian Ons Jabeur (3rd in the world in singles).

Although their run was halted before Jabeur's forfeited semi-finals, Williams said she got "exactly what (she) needed coming" to Eastbourne.

Four times in her career, which began in 1995, she had to take a break.

In August 2003, knee surgery interrupted a phenomenal series: consecutive titles at Roland-Garros, Wimbledon and US Open 2002, followed by the title at the Australian Open 2003, then a half at Roland-Garros and a new title at Wimbledon.

On her return to Key Biscayne in April 2004, she imposed herself from the start to win the 24th of her 73 titles.

She then reached the final at Wimbledon in July, but had to wait for the 2005 Australian Open to win a new Major, the seventh.

In 2006, his left knee again caused him to miss six months.

She had then tumbled to 140th in the world and ended the year without the slightest title having only played four tournaments.

In 2007, she rose to 5th in the world with a new title at the Australian Open.

In 2010, the physical problems had resumed with in particular a damaged foot by walking on shards of glass, two operations and emergency hospitalization in March 2011 following a pulmonary embolism.

His return for the summer grass tour did not allow him to stem a further fall in the world rankings, down to 175th place in July.

But she had again found a good carburation on the occasion of the tournaments on hard court which had followed, until reaching the final at the US Open.

"She walks on water"

There followed some good years with ten new Majors from Wimbledon 2012 to the Australian Open 2017 under the leadership of his new coach Patrick Mouratoglou.

"She wins Wimbledon and the confidence that this victory gives her makes her walk on water, remembered the coach in an interview with AFP. This is where she played the best tennis of her life. , she was untouchable.

Another break in April 2017, after her 23rd Grand Slam title won in Melbourne, this time to give birth in November to her daughter Olympia.

On her return in 2018, she reached the final at Wimbledon then at the US Open and did the same the following year.

Without ever managing to equal the absolute record of 24 Grand Slam titles held by Margaret Court.

Her new attempt at Wimbledon this year is a long way off, especially since she is no longer accompanied by Mouratoglou.

"Did I doubt that I could come back? Yes, of course," admitted the woman, explaining that she had always kept herself "half in shape".

So, as 2021 finalist Karolina Pliskova pointed out, Serena's return to Wimbledon will be complicated because she "isn't very young anymore" and the body needs time and the mind of matches to return to their best level.

But as rusty as Serena is, “everyone wants to avoid her, especially if she wins a few matches, recognized Maria Sakkari (5th in the world) before the tournament. She will then begin to gain confidence … and she is Serena Williams, the greatest female athlete of all time".