The New York Stock Exchange ended lower on Monday, amid a lack of news that could fuel last week's momentum. 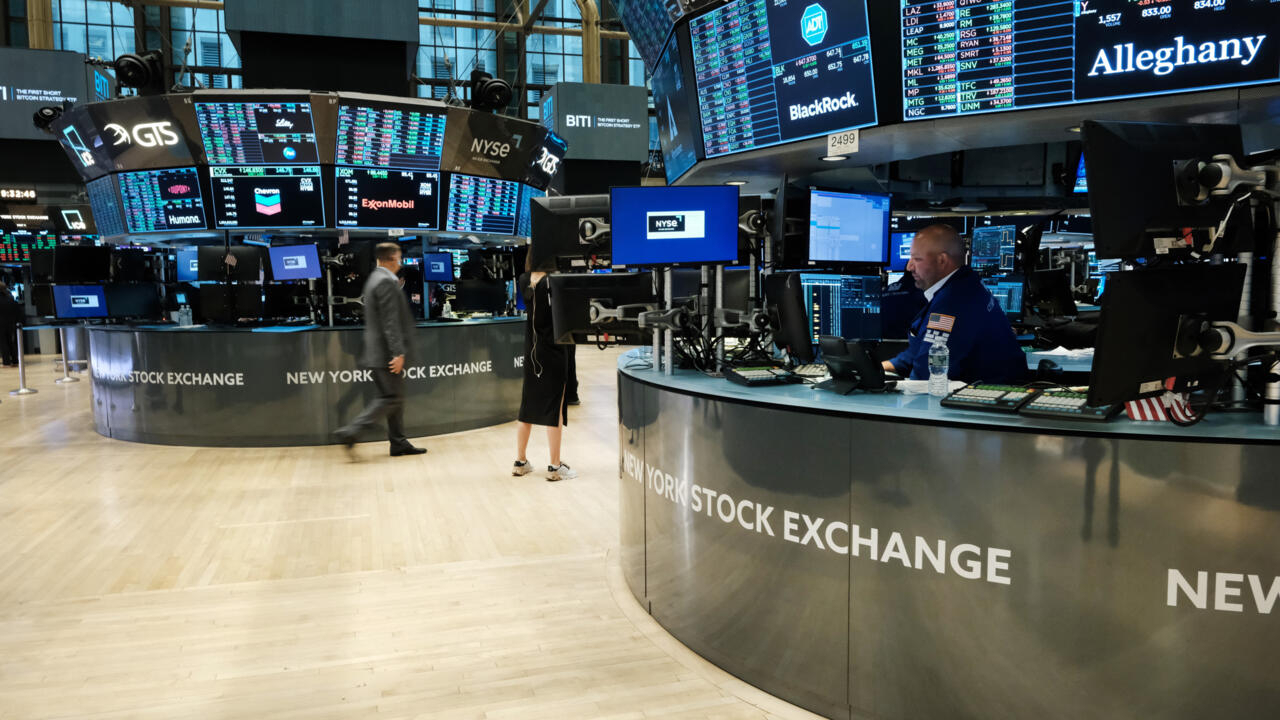 "We were treated to an indecisive session, because the momentum of last week (...) ran out of steam", commented, in a note, the analysts of Schwab.

"The + rally + (purchase movement) last week was very important. It could not continue like this," added Gregori Volokhine, of Meeschaert Financial Services.

For the manager, the fact that the figure for durable goods orders in the United States in May, published on Monday, came out well above expectations, at 0.7% increase against 0.1% expected, also played on the situation. mindset of operators.

"Right now, we are looking at all the indications related to inflation or the slowdown in the economy," he said.

"But the figures were going in the opposite direction. (...) It reminded us that this economy was not at all in the process of stopping suddenly."

In the process, bond rates rose quite sharply, a sign that Wall Street expects interest rates to rise in the months to come.

"There weren't too many questions to ask", according to Gregori Volokhine.

"When we saw rates go up, we knew the Nasdaq was going to go down."

Elsewhere on the stock exchange, the company Spirit Airlines fell back (-7.95% to 22.57 dollars) after the recommendation of a major consulting firm Institutional Shareholder Services (ISS) to shareholders to vote, Thursday, in favor the takeover by competitor Frontier (-11.20%).

The latter's offer, even raised on Friday, is significantly lower than that of JetBlue (+1.62%%) which, moreover, is entirely in cash, while that of Frontier is mainly in shares.

The online brokerage site Robinhood took off 14% (to 9.12 dollars) on the basis of information from the Bloomberg agency evoking the interest of the FTX cryptocurrency platform for a possible takeover.

The latter announced that the Singaporean alternative investment company Three Arrows Capital had defaulted on a loan of 350 million dollars granted by Voyager.

The company said Monday that the operation was the subject of a criminal investigation by federal authorities, who are considering a trial.

The AMC cinema chain jumped (+ 13.31% to 14.13 dollars), after a weekend which saw the film "Elvis" do better than expected at the box office, matching "Top Gun : Maverick", which crossed the billion dollar mark worldwide.