Ukraine: Many civilians killed by a Russian strike on a “busy” shopping center

At least ten people were killed and more than 40 others injured on Monday in a Russian missile strike that burned down a “busy” shopping center in central Kremenchuk. 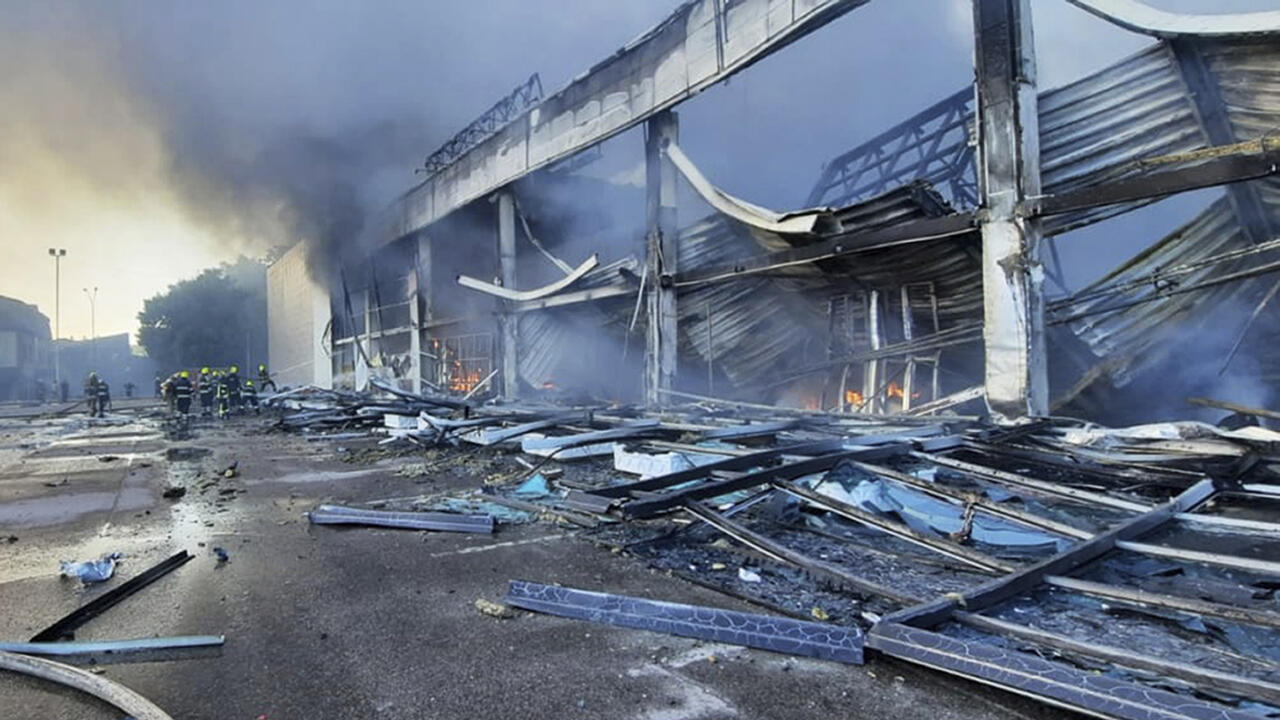 Ukraine: Many civilians killed by a Russian strike on a “busy” shopping center

Firefighters attempt to tackle the blaze started after a Russian strike, also hoping to find survivors under the rubble of a shopping center in Kremenchuk, June 27, 2022. © Ukrainian Emergency Services, via AP

" shopping mall in Kremenchuk, central Ukraine, according to Ukrainian authorities.

According to President Volodymyr Zelensky, "

more than a thousand civilians

" were inside the building at the time of the attack.

,” said Dmytro Lounin, the governor of the Poltava region, where this city, which had some 220,000 inhabitants before the war, is located.

Located on the Dnieper River 330 km southeast of kyiv, it is home to the country's largest oil refinery.

The occupiers fired missiles at a shopping center where more than a thousand civilians were.

The mall is on fire and rescuers are battling the blaze.

The number of victims is impossible to imagine

Ukraine: in the ongoing battle for Donbass, Kiev wants "fire parity" with the Russians

On other images released by the emergency services, we can see the charred remains of the building, in front of which firefighters are working.

According to Dmytro Lounin, however, it is unlikely to find many survivors in the smoking ruins of the shopping center because "

According to the Ukrainian Air Force, the mall was hit by Kh-22 anti-ship missiles fired from Tu-22 long-range bombers from Russia's Kursk region.

which has no connection with the hostilities

no connection with the hostilities

", for his part reacted on Facebook Vitali Maletsky, the mayor of this city.

undisguised and cynical act of terror against the civilian population

", affirming that no military target likely to be targeted by the Russian army was not near the mall.

Mykhailo Podoliak, an adviser to the Ukrainian president, accused the country of being a "

cause as many victims as possible

US Foreign Minister Antony Blinken said the world was "

the latest in a series of atrocities

," the Secretary of State tweeted that the United States would continue to support its Ukrainian partners and hold "

The world is horrified by Russia's missile strike today, which hit a crowded Ukrainian shopping mall -- the latest in a string of atrocities.

We will continue to support our Ukrainian partners and hold Russia, including those responsible for atrocities, to account.

Putin must understand that his behavior will only strengthen the resolve

" of Westerners to support Ukraine, he added.

Russia, which denies targeting civilians as part of what it calls a "

" in Ukraine, did not immediately comment on the bombardment.