kyiv tries to reconnect with the theater and resumes "1984", more relevant than ever

Its resonance with Ukrainian news has never been so striking: adapted from the famous novel by George Orwell, the play "1984" was played again this weekend in kyiv for the first time since… 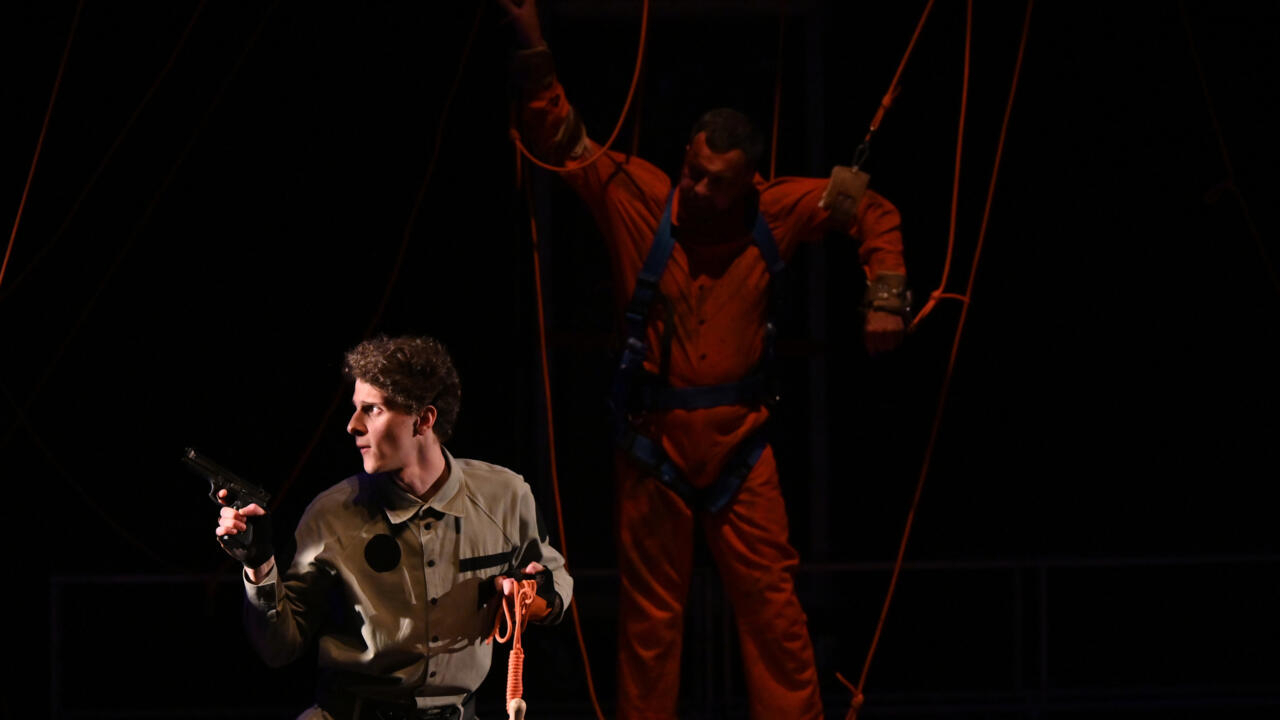 "It's so relevant that you simply can't miss it," actor Igor Nikolayev told AFP shortly before the first performance of this play since the start of the war on February 24.

"This show speaks for itself very clearly, and viewers will be all the more convinced that there is good and evil, absolute evil."

"I can confirm every word written by George Orwell, like someone who lives it" on a daily basis, said actress Yulia Broussentseva.

The play is "incredibly relevant not just for Ukrainians, but for Europe as well."

The novel, published in 1949 by the British author, depicts a totalitarian regime inspired by Stalinism and Nazism where freedom of expression no longer exists and thought itself is monitored.

A society where violence and lies prevail.

In reality, Russia has been bombing Ukraine daily for more than four months, causing thousands of victims, but forbids its fellow citizens to use the word "war" under pain of severe sentences.

The Kremlin relies on media it controls to broadcast its version of what it presents as a "special military operation", described as lies by kyiv and its Western allies.

On the stage of the Podil theatre, a modern room with some 250 seats located in the center of kyiv, an often terrifying spectacle is played out.

On a musical background close to the wail of sirens, the main character of Winston, in an orange jumpsuit, is attached to a series of ropes, at the mercy of police officers dehumanized by white masks.

In the final scene, almost all of the actors are gunned down, to the sound of pre-recorded gunfire.

Several spectators, who had bought their tickets before the start of the war and then saw the performances several times postponed, also drew the parallel between "1984" and what their country is currently going through.

"It's the first time we can go there (since the start of the war, editor's note), I think it's very good, now it's very relevant", added Tatiana Melnouk, shortly before the start of representation.

Actors and spectators were also delighted to finally be able to return to the theater, after four months of cultural life muzzled by the war and the curfew regime.

In recent weeks, some theaters, cinemas, or even the kyiv Opera, have reopened, but with reduced programming.

"For four months, this is my first show," says Yuri Felipenko, who plays O'Brien, a Thought Police agent and one of the main characters in Orwell's novel.

"Culture is part of our nation, we cannot live without culture", underlines the young man.

The Russians "do not want the Ukrainian people to exist, it is our duty to bring culture to life now," said actress Broussentseva.

Originally from Severodonetsk, a city in Donbass which the Russian army has just taken full control of after weeks of incessant bombing, she told, before the performance, how her family had been affected by the fighting.

"My mother was able to leave, my uncle was killed, my grandmother remained in occupied Severodonetsk", she enumerated with emotion.

But the resumption of performances is far from over.

On Saturday, the show had to be interrupted before the end due to a new bombing alert.

And Sunday's performance was canceled after new missile strikes on a neighborhood near central kyiv at dawn.