The archaeological museum in the Israeli city of Lod, inaugurated on Monday, will display a Roman mosaic dated to the 3rd or 4th centuries AD, unearthed in this city and described as "one… 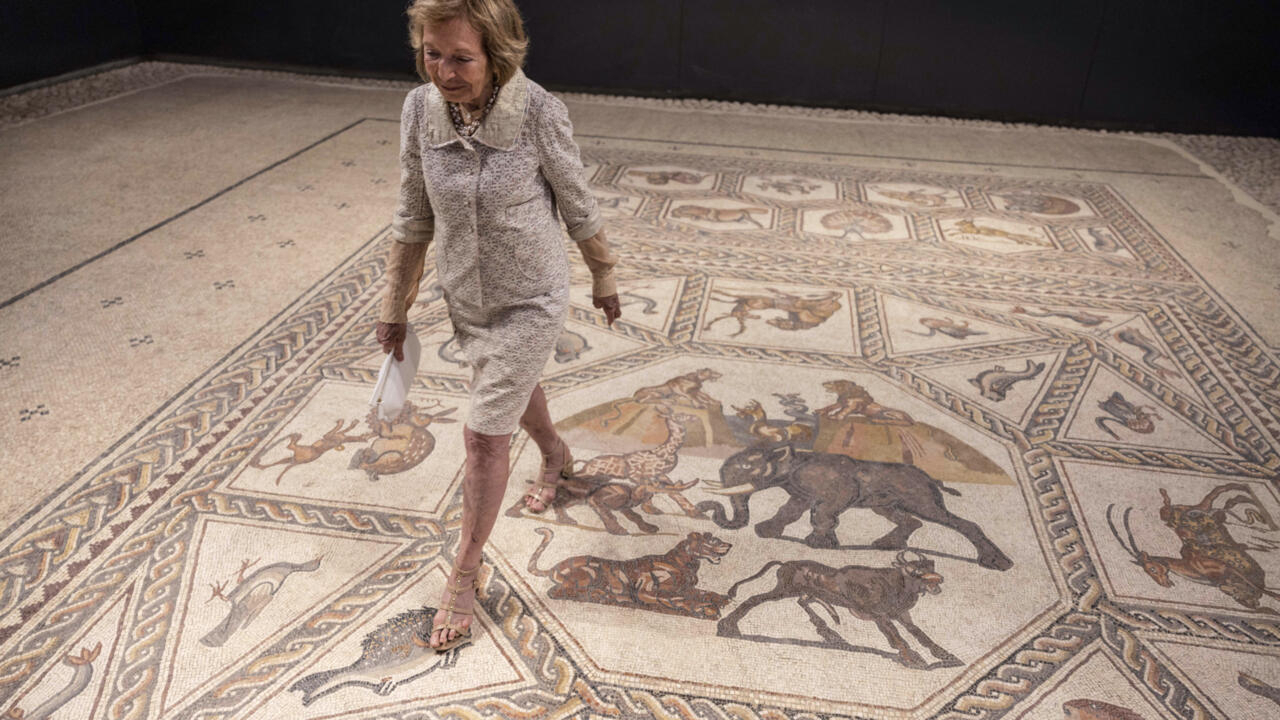 This remarkable mosaic pavement was discovered in 1996 under two meters of earth during archaeological rescue excavations.

Its state of preservation is excellent.

Described by archaeological authorities as "one of the most beautiful" ever found in Israel and in the world, this mosaic, nearly 17 meters long and 9 meters wide, offers a rich decoration of animals, in a geometric framework.

Since its discovery, it has been exhibited at the Louvre in Paris, at the Metropolitan in New York, and even at the Hermitage in Saint Petersburg.

Back in Israel, it will be exhibited in the Lod Mosaic Archaeological Center built especially to house it.

"We are going to allow people from all over the country and around the world to see this incredible treasure here in its original location, exactly where it was found," said Lod Mayor Leon Revivo at the occasion of the inauguration of the center.

According to archaeological authorities, it paved the floor of the dining room of a large villa that stood in Roman and Byzantine times.

For archaeologist Hagit Torge of the Antiquities Authority, the mosaic is "the most luxurious we have here in Israel from this period".

"It is unique both in its form and in its style and shows that the artists who produced this type of work in Carthage and Sicily traveled through the Roman world," she told AFP.

Lod, called Diospolis in Romano-Byzantine times and today located very close to Tel-Aviv International Airport, was a local capital whose influence declined in favor of its neighbor Ramla after the Muslim conquest.

The mosaic will be accessible to the public this summer in the new center which also houses another mosaic of the same kind discovered in 2014.

"We hope it will become a big tourist attraction," Shelby White, who contributed financially to the construction of the center, told AFP during the inauguration.